Cardboard Insider: Who The Heck is Curt Barclay?

Whenever I get an Andrew McCutchen card on a vintage Topps design I like to research the original card numbering who shares the numbering on Cutch's card.

Andrew McCutchen appeared twice in the 2018 Topps Archives product as a member of the San Francisco Giants.  He received his own card (which I will discuss in a future post come April) and on a team card featuring Buster Posey titled BASHERS BY THE BAY. 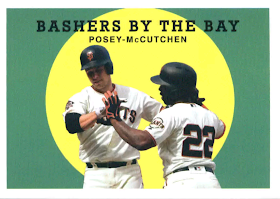 The image used for the card of these BASHERS is ....well....let's just say it looks like they are competing for Dancing With The Stars.

The card features the 1959 Topps design and is numbered 307 on the back. 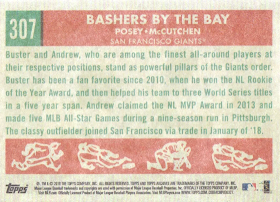 Coincidentally the 1959 Topps set had another San Francisco Giant appear as card number 307.  However it didn't feature any bashers by the bay. 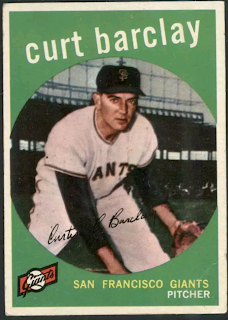 Instead it features a gent named Barclay. 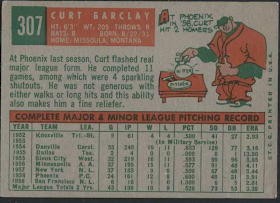 Not much is known of Curt Barclay.  Even his Wikipedia page doesn't provide much information of the former Giants pitcher. 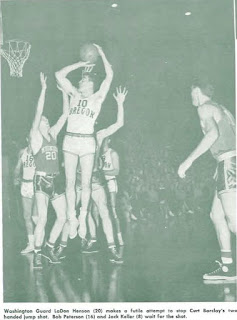 Barclay excelled at both baseball and basketball at the University Of Oregon.  The Chicago native signed with the Giants in 1952 and made his MLB debut in 1957, starting in 28 games for the Giants. 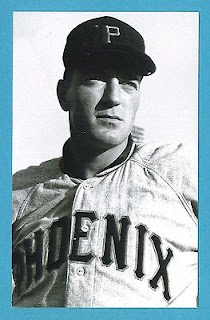 He had two shutouts that year as a rookie (his only career shutouts) and would go on to post a 9-9 record that year, his only full season in the majors. 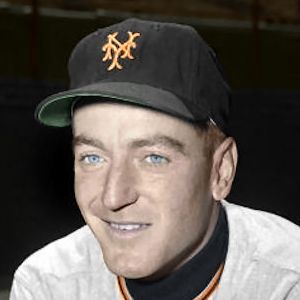 Shuffling between the majors and minors in 1958 and 1959, Barclay officially retired following the 1959 season.  His career stats over the three calendar year seasons were 73 strikeouts in 199 1/3 innings with a 10-9 record and 3.48 ERA.

Barclay died from cancer in his Montana home at the age of 53 years old.

***The Barclay card images used for this post were taken from the internet.  I do NOT own the 1959 Topps Curt Barclay card***
Collecting Cutch at 4:40 PM
Share