Happy 75th Birthday to Arnold Schwarzenegger!
The most famous line from Arnold's career has to be "I'll be back" from the Terminator franchise.
Terminator is one of those rare movies where the sequel may actually be better than the original, however the more recent sequels will never live up to the original Terminator or it's sequel T2:Judgement Day.

Topps has featured Cutch in his Pirates gear a lot in recent years despite being a current Phillie or Brewer.  This is odd for me because unlike other stars of the game that have been traded from their original teams (Goldschmidt, Arenado, Baez, Bryant, Lindor, Stanton, Yelich, Miguel Cabrera, Bryce Harper) those active players aren't getting featured in insert sets as Diamondbacks, Rockies, Cubs, Indians, and Marlins unless the insert set is discussing their debuts. 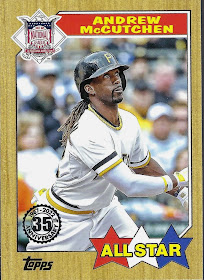 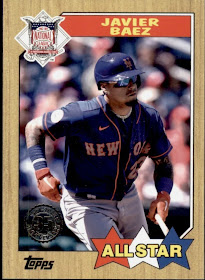 Paul Goldschmidt is featured as a Cardinal in the 2022 1987 All Star Game set because that is his current team, but he never made an All Star game as a member of the Cardinals (until this year which wasn't known at the time of production and distribution).  The same can be said for last year's NL MVP, Bryce Harper, who never made an All Star appearance since joining the Phillies until this season, which again wasn't known at time of production. 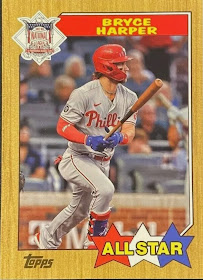 It's just a very strange situation. 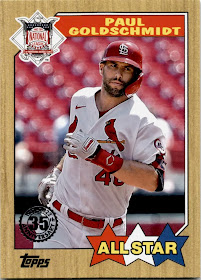 But for whatever the reason is, I'm happy to see cards of Cutch in a Pirates uniform that I didn't have.
Good to see him back. Lol
Cutch has always gotten a warm welcome in Pittsburgh whenever he "has come back home" 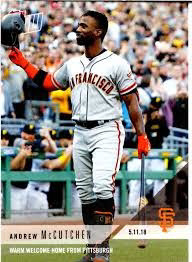