Serial History: A No-No and No.400 chop suey style

I always love to use serial numbers as an inspiration for posts especially when I have writer's block.
This 2022 Topps Heritage card is serially numbered 7/15 and is based on the 1973 design 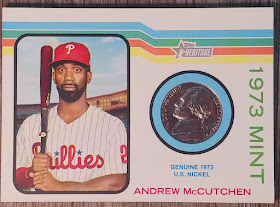 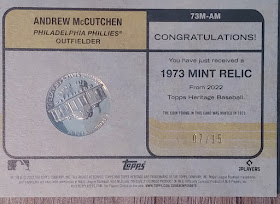 7/15/1973
Let's look at some important things that happened that day.
Nolan Ryan threw his 2nd career no hitter.
You can hear the radio call on YouTube here.  The best part of this story is that Norm Cash with 2 outs in the 9th went to bat with a table leg before being told to use a real bat.
It's my understanding that there's not a full video available if the entire game online.
Willie McCovey became the 15th player in MLB history to hit 400 career homeruns. He would eventually go on to hit 521 over his 22 year career.  I couldn't find video of his 400th career, but here's a few HR highlights video of Stretch.
The drummer for the metal band System of a Down, John Dolyman was born. 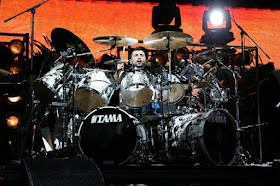 I got a chance to meet John at New York Comic Con around 2009 if I remember correctly.  He had his drum set on display which featured artwork by a number of elite comic book artists including Jim Lee, Bernie Wrightson, Art Adams, Tim Bradstreet, and many more. Unfortunately this was when I was still taking pictures with a digital camera and those files (and that PC) are long gone.  I had some on MySpace, but most of my photos were set to private and it's been at least 12 years since I logged in. Below are a few pics of the drum set I found online if anyone is interested. 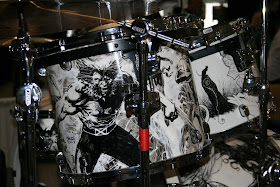 Wolverine by Jim Lee on one side and 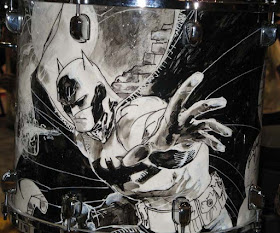 Batman by Jim Lee on the other side
Jim is a legendary comic artist who drew one of the best Batman stories ever created (Batman: Hush) and also the highest selling comic book of all time (X-Men #1) and helped form Image Comics with his creator owned series WildC.A.T.S 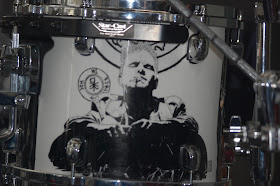 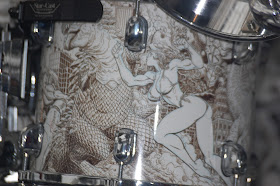 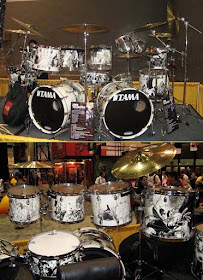 All three of these things occuring on July 15th, 1973 and how there's no video of them in entirety got me thinking of what other pre 2022 items have been lost due to not having the cloud and digital formats more readily available.
Since we live in an era where everything is forever forged in a digital footprint, what are some things you wish we had images or video of?  Let's keep it to only things after your birth year.  I'm sure it would be fun to imagine Instagram in the early 1900s, but let's be realistic.