A few days ago I showed off the red parallels I added to my collection. In my haste to get that post ready for the first Friday in February's National Red Day, I forgot to show off two more reds I had acquired.

The first is a 2017 Bowman Best red refractor numbered to 10 copies. 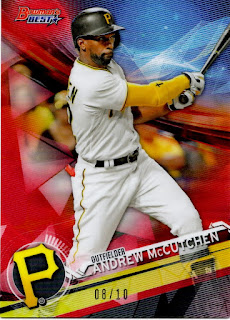 You will see more parallels of this in the future.  It's a lovely looking rainbow, but they got something wrong on the back. 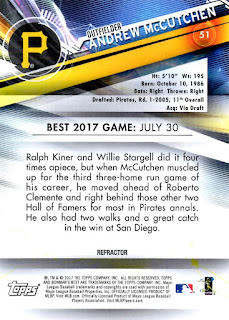 While Cutch did have a good game on July 30th 2017 by hitting 3 homers in a game for the third time, his best game came on September 26th when he went 4 for 4 with 8 RBI, 2 homeruns, a single, double, and a standing ovation from the Pittsburgh crowd.  I guess releasing cards shortly after season's end didn't allow for that game to be mentioned on the back.

Another red card I added was the Gold Label class 3 numbered to 25. 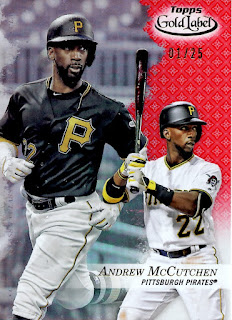 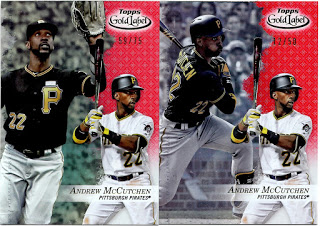 The backs for all three classes are the same 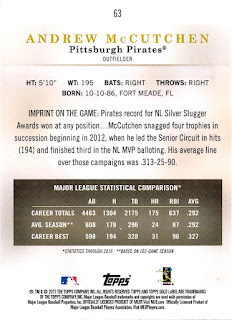 Posted by Collecting Cutch at 4:36 AM