#TBT: "Judy" of the Crawfords

Over the past 3 Thursdays I have shown off some of the biggest and most popular names in the former Negro Leagues.  Those names include Josh Gibson, Satchel Paige, and Cool Papa Bell.

As we celebrate Black History Month on this final day of February I want to take a look at a few more of the former stars of the Pittsburgh Crawfords.

I have shown a bunch of cards on this blog featuring the purplish pinstripe worn by the Crawfords and tributed by the Pirates over the past few seasons. 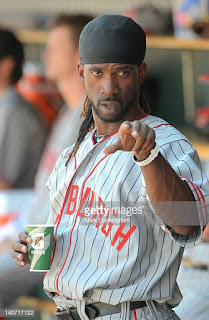 Topps purchased these pinstripe Crawfords Jerseys the Pirates wore and used them for multiple product releases over the past few years, most notably in Triple Threads. 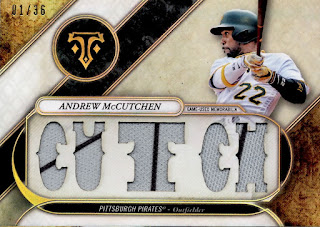 We have seen it in Triple Threads by both Cutch and Gerrit Cole. 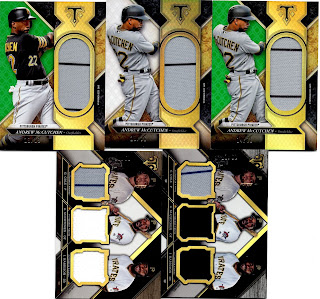 We have seen it used for the 2016 Scouting Report 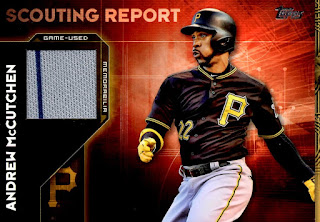 The pinstripe even showed up for Cutch's Laser booklet relic. You can see the purple pinstripe to the far left of the window. 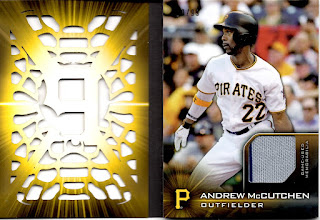 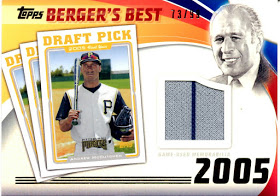 And here is one more I have celebrating Cutch's MLB debut featuring a relic not from the game mentioned on the card. 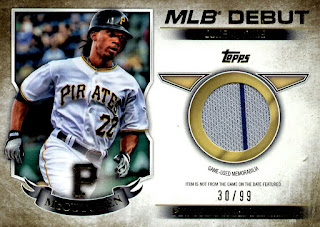 The Pittsburgh Crawfords had a really cool design with their uniforms.  It featured a red hat and piping with purple pinstripes.  I am not sure where the idea came to use that combination, but it worked.

In addition to Satchel Paige, Josh Gibson, and Cool Papa Bell playing for the Crawfords they had a rock of a third baseman in the name of William "Judy" Johnson. 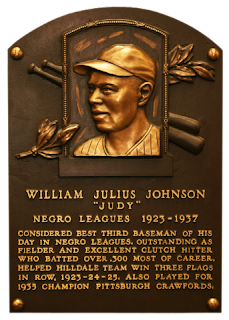 I only have two cards of Judy Johnson and they both feature the same image of Johnson in a Crawfords uniform playing the hot corner. 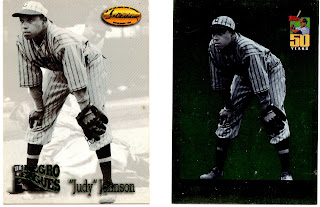 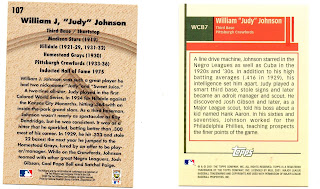 Posted by Collecting Cutch at 10:09 AM