Today I will be looking at the year 1925 again as part of my Serial History.

Serial History is a segment I have done only a few times before.  You can see my others by clicking here.

I have already shown off a card of Cutch wearing a Pirates uniform and serial numbered 19/25.  That made me look at the World Series Champions of that year lead by guys like Pie Traynor. 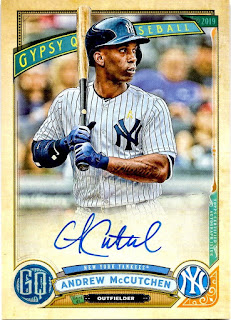 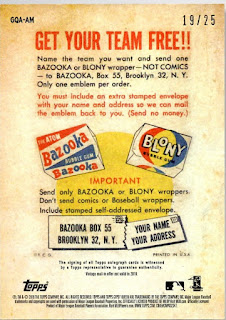 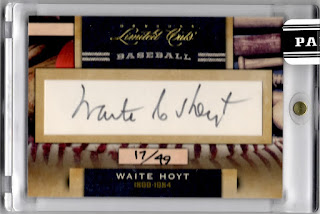 I have been seeking out autographs of those who wore a Pirates uniform and are inducted in the Hall of Fame.  Hoyt did play a few seasons with the Pirates between 1933 to 1937.  His best years were with the Yankees when he was selected to three All-Star games and lead the American League in Wins in 1923. 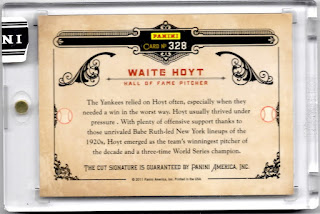 What is odd about this card is that it specifically says Yankees on the back.  Panini had already lost it's MLB license by 2011 so technically it couldn't shouldn't have used the team name without facing legal problems.  I am not sure if anything legally came from Panini's unauthorized use of the team name, but I find this cut auto to be kind of neat because of that.

The 1925 Yankees were not a good baseball team, which is surprising because just a few years later you see a lineup referred to as Murderer's Row and is often cited as one of the best lineups in baseball history.

The 1925 Yankees finished 30 games behind the Washington Senators.  The team finished in 7th place and well below .500 with a record of 69-85.  This season would be the last time the Yankees would finish below .500 for the next 40 years and it was only the second time in their 23 year history that they finished below .500.

The main reason for their failures to win games rested on Babe Ruth missing most of the season with an unknown illness that limited him to only 359 plate appearances.

Bob Meusel lead the Team in homeruns (33) and RBI (134).  He also had a practically even strikeout (55) to walk (54) rate at the plate.  On the basepaths he finished second on the team with 13 stolen bases.  He finished second in WAR on the time (above Ruth and Gehrig).  The only player who collected a higher WAR was...

Another Hall of Famer Earle Combs.  Combs, like Gehrig, was playing in his first full season at the age of 26 years old.  He went on to score nearly 1,200 runs in his 12 year career, all with the Yankees.  His career total numbers don't appear great with less than 1,900 hits, only 58 homers, and less than 100 stolen bases in comparison to other centerfielder in the HOF.  Despite not having a single defining moment or duration, his peak and being atop those famous Yankees lineups no doubt got him voted in.  It should be,noted that he walked 670 times in his career, but only struck only 278 times.  That lead to his nearly .400 OBP career mark.
Posted by Collecting Cutch at 1:05 PM