I am running a contest which you can still enter here, but time is ticking away.  I am gearing up for my 4th Annual Save Second Base Event where I show off only pink (with some hues of magenta, peach, and maybe a light purple or light red shade) baseball cards relating to my favorite baseball player for an entire month.  Prior to each post about the card I give out some frightening information about a major disease that is effecting many woman in this country.  I also show off some beautiful women for why we should be looking for a cure and to Save Second Base.

The prize is this very limited (only 25 copies produced) of two players who debuted in the 1980s, Barry Larkin and Gary Sheffield. 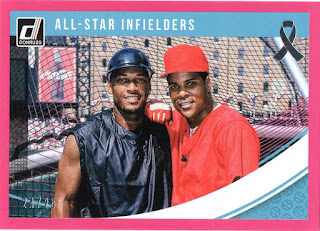 As someone who was born in the 1980s and because it is my birthday week, all week long I am showing off cards of Andrew McCutchen and how they relate to the 80s.

Cutch is my favorite player born in the 80s. Who is yours? Enter the contest here.

Each post so far this week I have been talking about different things from the 80s I like, but today I am going to talk about my favorite fictional characters to debut in the 80s and show off a card relating to their debut year.

Up first is Marty Mcfly, played by Michael J. Fox.  If you haven't seen any of the Back to the Future trilogy I DEMAND you leave this blog and don't come back until you have.  This Sci-Fi comedy takes a look at how one event can cause a ripple effect that can cause the entire universe to change paths.  Had Lorraine, played by the very stunning Lea Thompson, not fallen in love with George McFly  then Marty and his siblings would never have been born which causes more chains in the universe to be broken etc. The character Marty Mcfly debuted in Back to the Future which premiered in 1985.

Here is a trio of parallels of Cutch screaming as he rounds the bases, likely trying to leg out a triple or coming home to celebrate a walk off homer.  It is from 2013 Topps Archives. 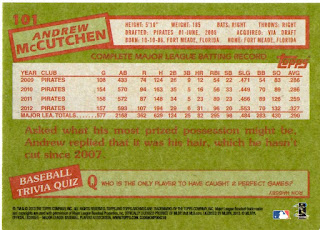 Speaking of Homer, here is Homer Simpson, who made his animated debut in April of 1987.

The Simpsons is the longest running TV show ever.  While early seasons had me liking Bart for his catch phrases like "Eat my shorts" or "Cowabunga", it wasn't until I was older that I realized Homer is the best character on the show.

There are multiple options I could have used showing off Cutch using the 1987 cardboard design, but ultimately I went with a more plain option from the 1987 5x7 card line produced in 2015 as an online exclusive. 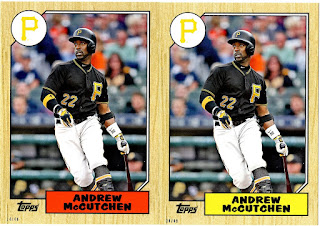 Another animated favorite of mine was Bumblebee from the original Generation 1 Transformers.  He has changed his appearance A LOT since his 1984 VW Beetle days to his mid 2000s Camaro car mode, but the heart of the character remains the same. 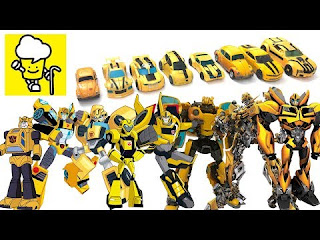 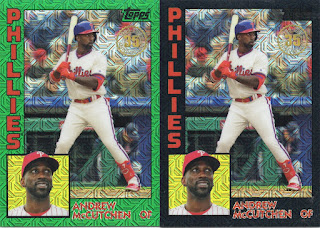 This next character is actually a pair because quite honestly you can't discuss William S Preston (Bill) without talking about his best friend Theodore Logan (Ted).  Bill and Ted introduced a franchise that will see it's third installment finally get made this year, twenty years after the original.  AND I AM PUMPED FOR IT!!! I jist got done doing a totally gnarly wicked air guitar solo to show my enthusiasm duuuuude. 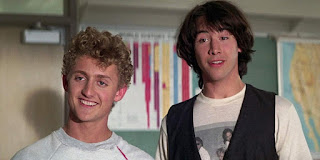 Seriously. Tho. Bill and Ted!!!!
2 totally awesome characters that helped shape the end of the 80s in a most bodacious way. 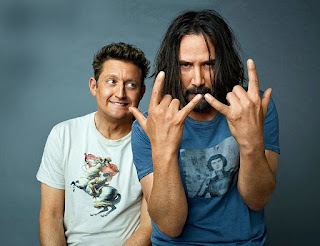 I have a new segment revolving around the awesomeness of Keanu Reeves which I will debut next week.  It will definitely be a fun one to show off.

The original Bill & Ted's Excellent Adventire came out in 1989. 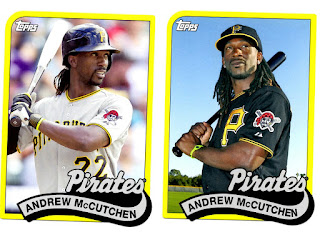 I loved 1989 Topps. I think it gets a bad rap for being such an over produced set from the 80s.  The design lends itself so well to today's color parallels though. 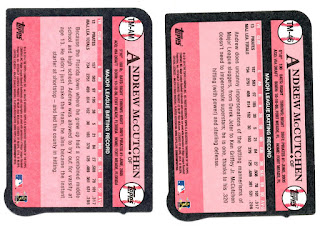 These die cut minis were from 2014 and are most excellent finds in a pack of cards.

1986 marked the first time I watched a movie and thought of a girl as being pretty and not having cooties or being some stupid girl.  That girl was Sarah Williams, played by Jennifer Connely. 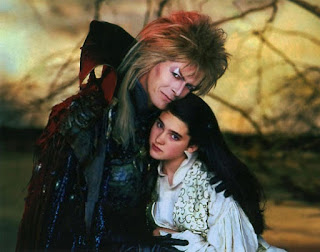 My parents got me into all things Jim Henson as a kid. I wasn't a super fan and couldn't recite much of the movie, but I was drawn in by the wonderfully created bizarre world that Jareth lived in and Sarah stumbled into.  As I got older, I grew to appreciate the unique nature of this film even more.  It didn't hurt that Jennifer Connely got more beautiful as she got older.

1986 Topps was a series I had only a few packs of.  The following year my dad and I went full blown collector crazy. 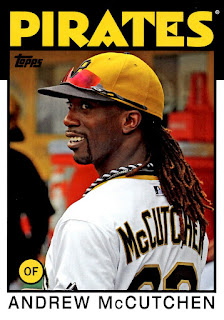 The simple nature of this set is so fun.  I wonder how many of today's stars will still be playing in 16 years so they can get a Heritage design similar to this  2014 Topps Archives release. 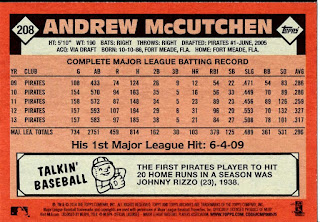 Posted by Collecting Cutch at 4:54 AM