Yesterday I discussed my favorite movie soundtrack of all time.  I also mentioned my love for that soundtrack back in 2017 when I listed my 5 favorite albums of all time.  The 80s were loaded with great bands and killer guitar riffs.

Bryan Reynolds' rookie season in 2019 was really good and he instantly became one of my favorite current Pirates players.  I went out and picked up a few cards here and there of his, especially any early cards that were cheap.
These Panini Stars and Stripes Crusade cards represent my latest rainbow attempt. 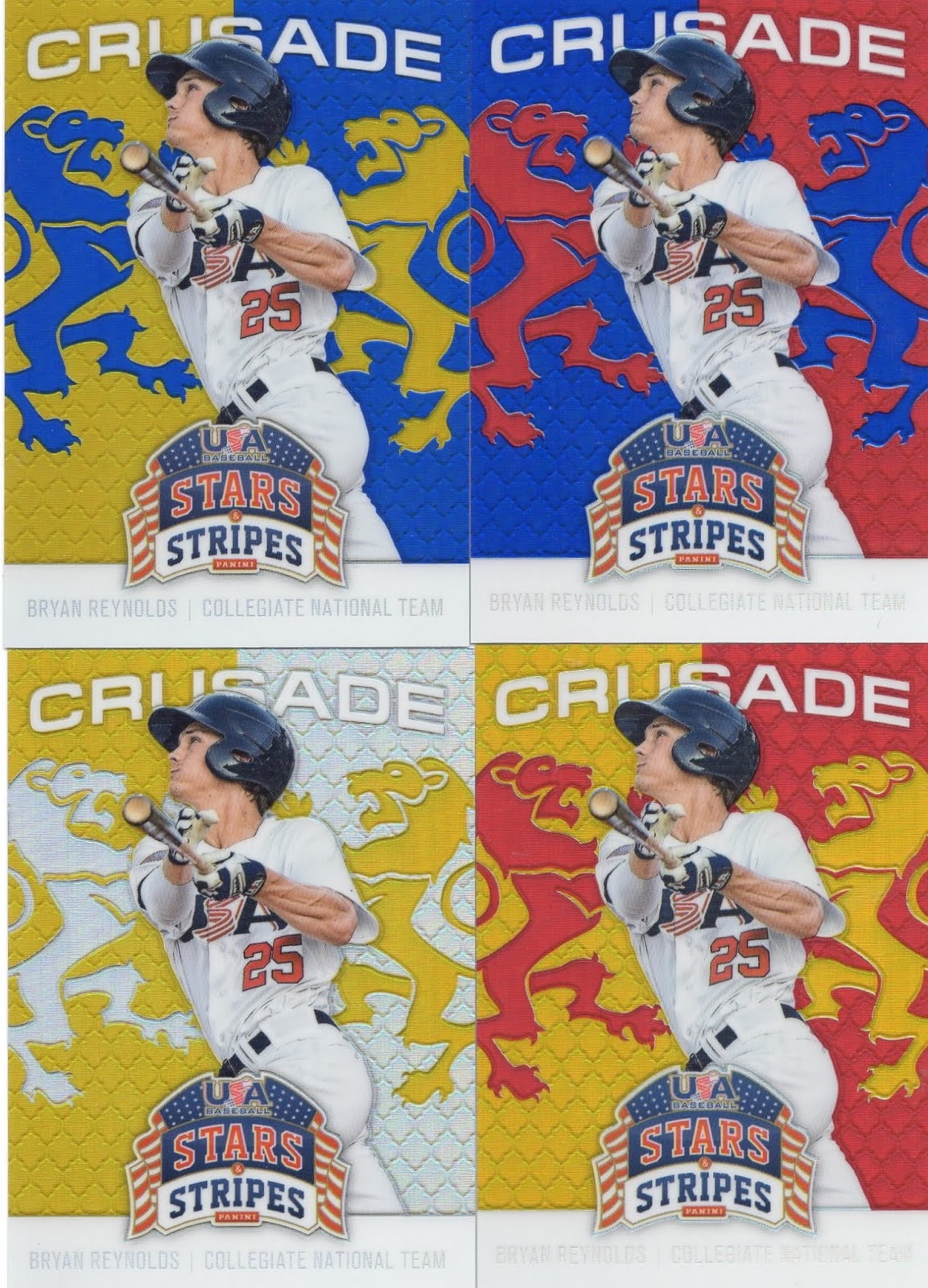 The Crusade background ties in very nicely with the King Arthur cartoon.
My favorite intro though is Thundercats
Here is a Thundercats cover done by my favorite couple of cover artists Pamela RomVel and David Galardi.
What are some of your favorite cartoon intros?
Posted by Collecting Cutch at 10:40 AM