Topps has often used Topps Heritage to play homage of baseball's rich history by using the players of today on designs of the past.
The 2018 Topps Heritage design was based on the 1969 Topps set.  The set features non affiliated team color circles in the top corner with the player's name and position.  The set also features a yellow team color across the bottom.  There are double rounded borders around the player's image and that summarizes the basic concept of this design.
1969 marked the 100th anniversary of professional baseball.
Topps used that anniversary to create a 100th Anniversary foil stamp mark with the MLB Batter Logo on the card.  This is an homage that 1969 marked 100 years.  These gold foil stamps have no serial numbers, but are extremely rare. 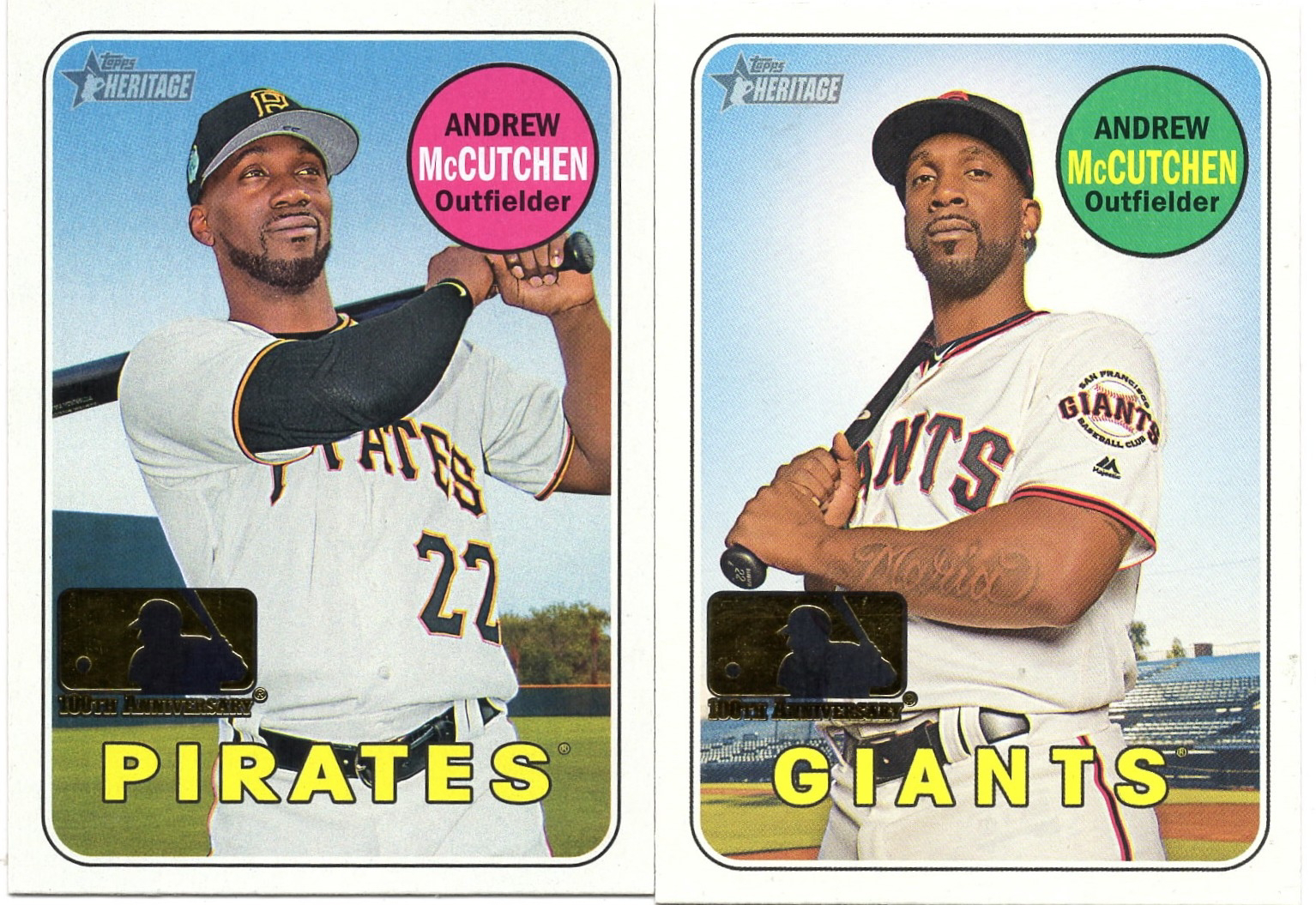 Cards with the foil stamp were limited to a print run of only 25 copies. 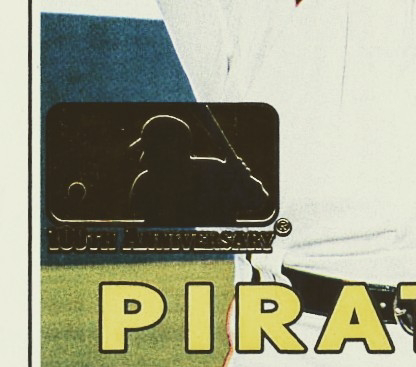 Cutch appeared in both 2018 Topps Heritage as a member of the Pirates, whom he spent the 2017 season with and was the face of the franchise since his 2009 debut. 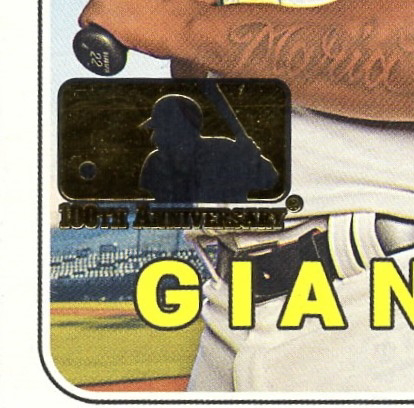 He also appears in the ultra collectable 2018 Topps Heritage High Number as a member of the San Francisco Giants.  Cutch was traded to the Giants and spent all but 30 games playing for San Francisco in the 2018 season.  The 2018 Heritage High Numbers set, much like 2018 Topps Update is incredibly collectable due to rookie cards of Ronald Acuna Jr, Juan Soto, Shohei Otani, and Gleyber Torres.
On a completely unrelated note, please don't forget to show off those 3D cards and join my contest.
Posted by Collecting Cutch at 7:31 PM