Pirates of the Past

I thought it might be fun to look at cards that feature Andrew McCutchen with former teammates and do a "Where are they now?" type thing.
I got the idea from one of those ads that takes a look at a movie cast to see where they are now.  It was followed by watching the Friends Reunion show with Ms. CollectingCutch as we saw the faces of Matthew Perry, Courtney Cox, etc in their current appearance.
So the first person I am going to look at is Gerrit Cole. 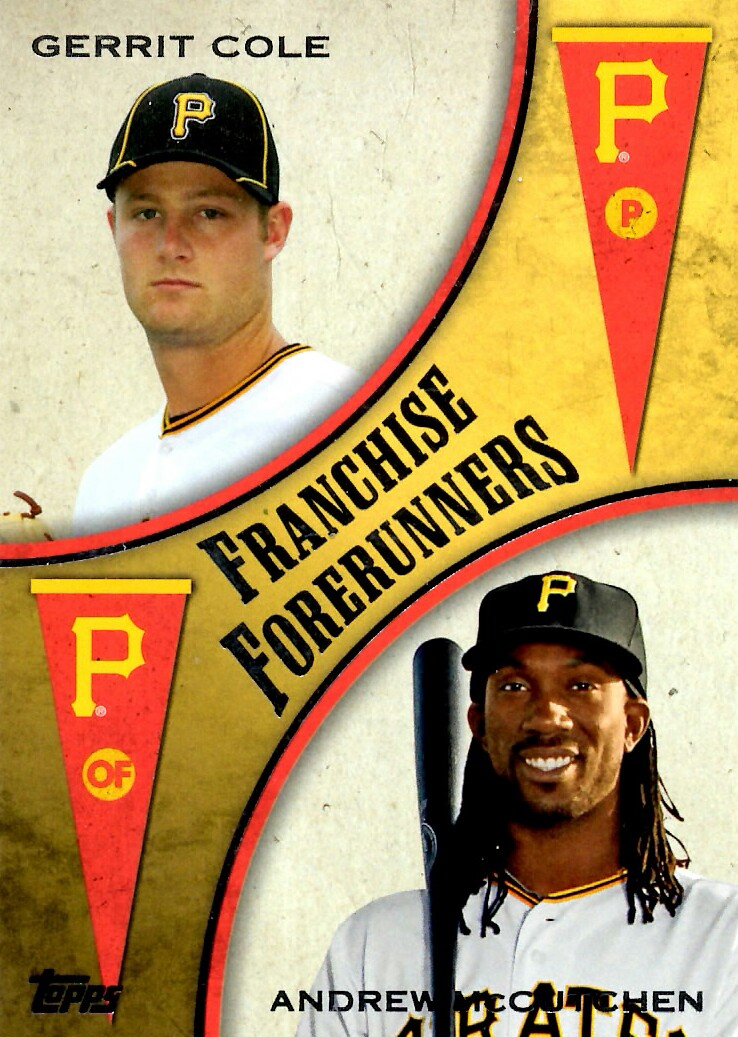 Gerrit Cole was drafted by the Yankees in the first round of the 2009 amateur draft, but chose not to sign and instead attended UCLA where he was drafted 1st overall by the Pirates in 2011. 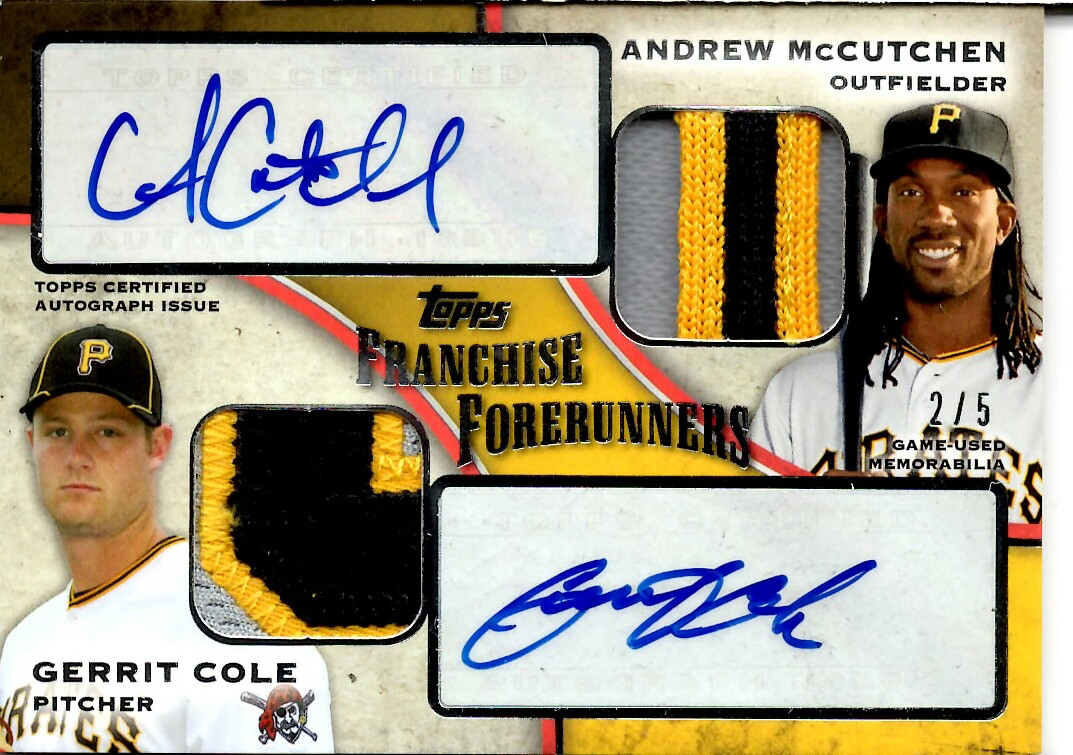 Cole made his debut in 2013 and helped to push the Pirates towards their first playoff run in over two decades. 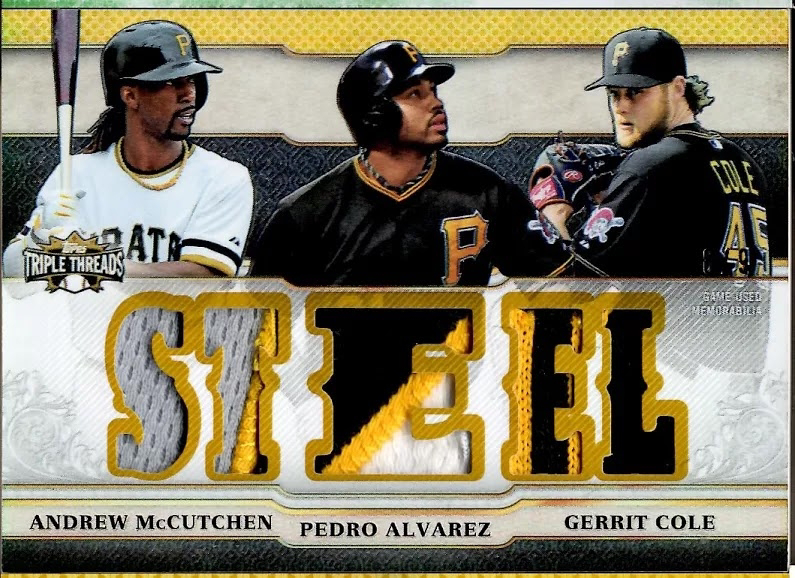 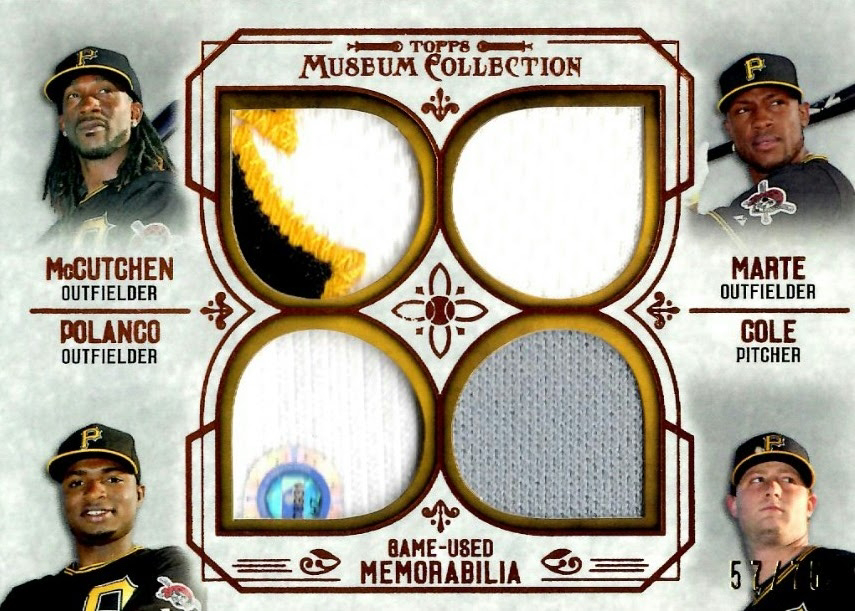 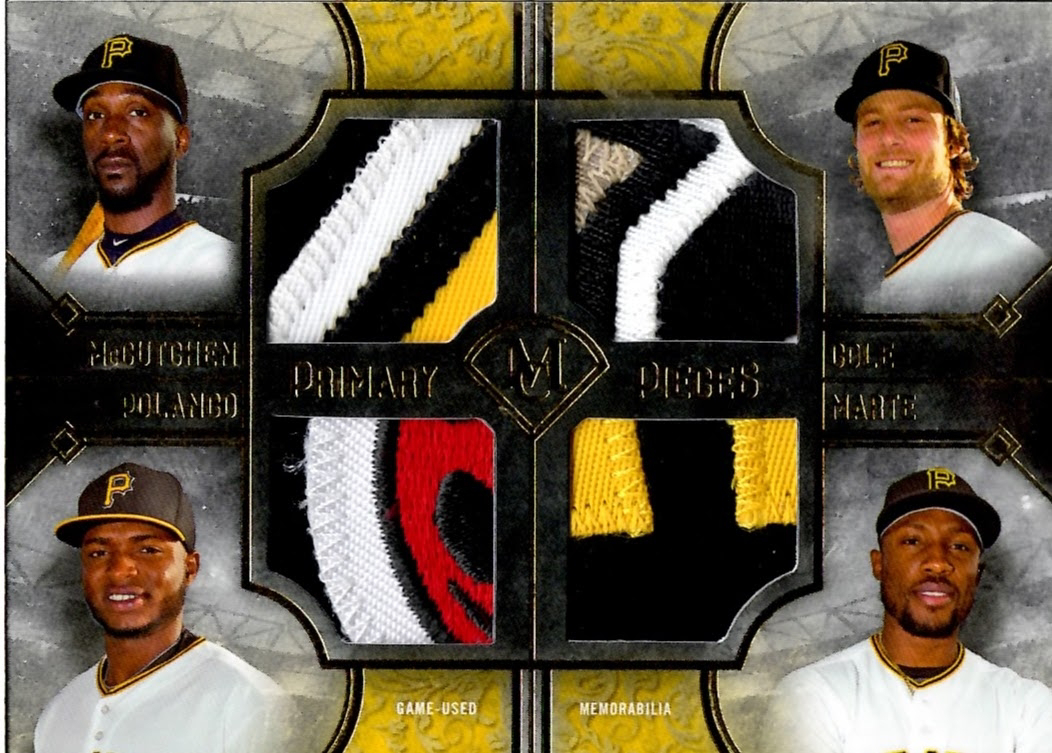 The following season saw the Pirates make another playoff push and finish with the top Wild Card position. Cole went 11-5 with a 9K/9 and 3.23FIP in his sophomore season.  The Pirates lost the Wild Card Game and Cole didn't get a chance to pitch in the postseason.  Meanwhile McCutchen continued to be a perennial MVP candidate (finishing 3rd in MVP voting) and helped anchor one of the best outfields in baseball. 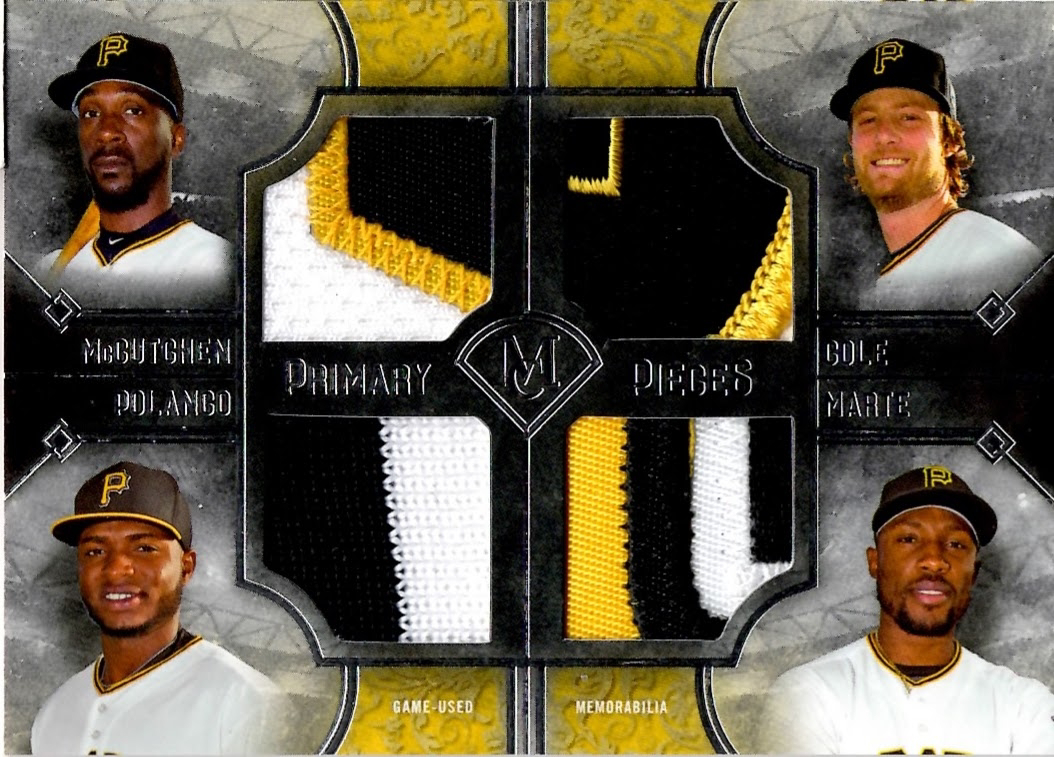 The Pirates began 2015 the same way they finished 2014, as one of the youngest and best teams in baseball.  The young team constantly flirted with the best record in baseball behind their division rivals, St. Louis Cardinals. 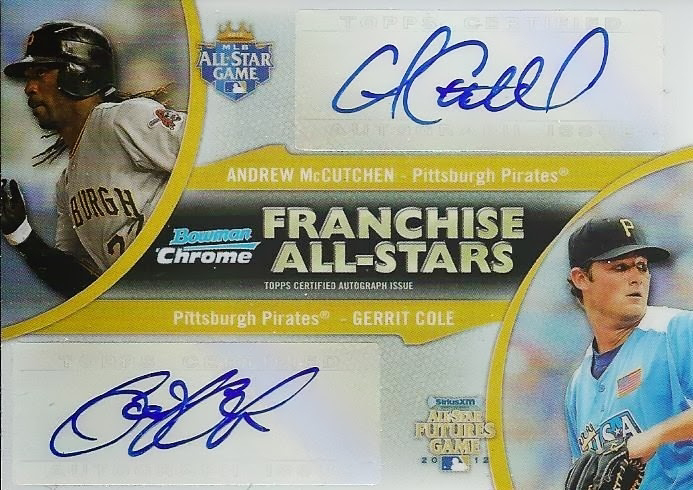 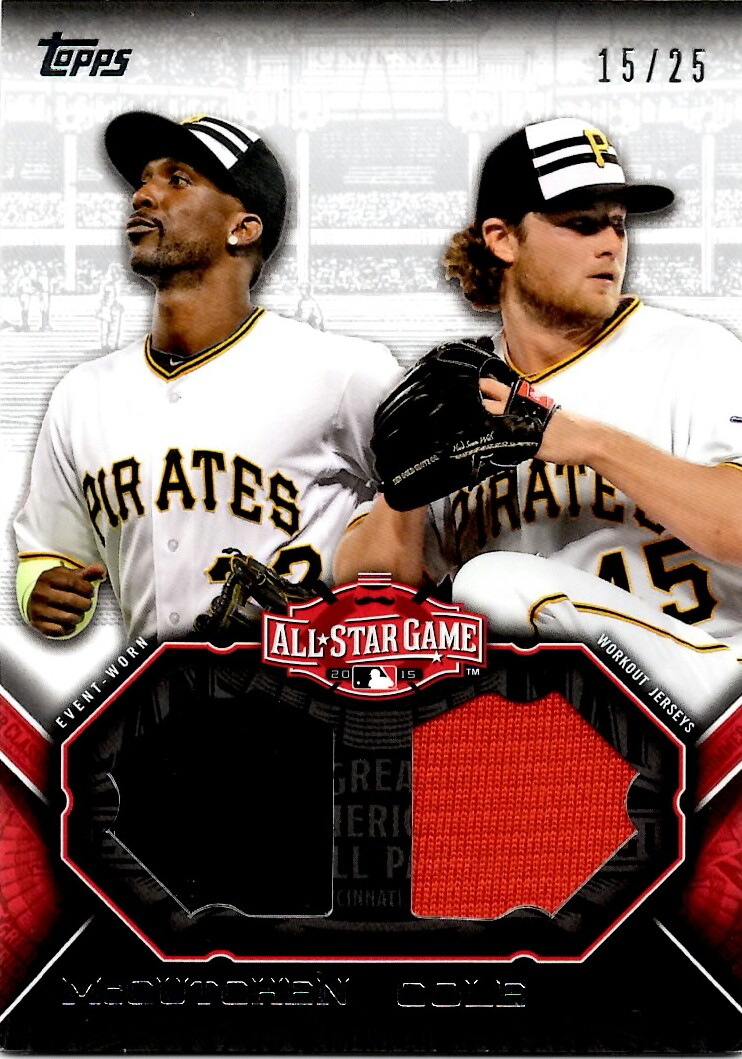 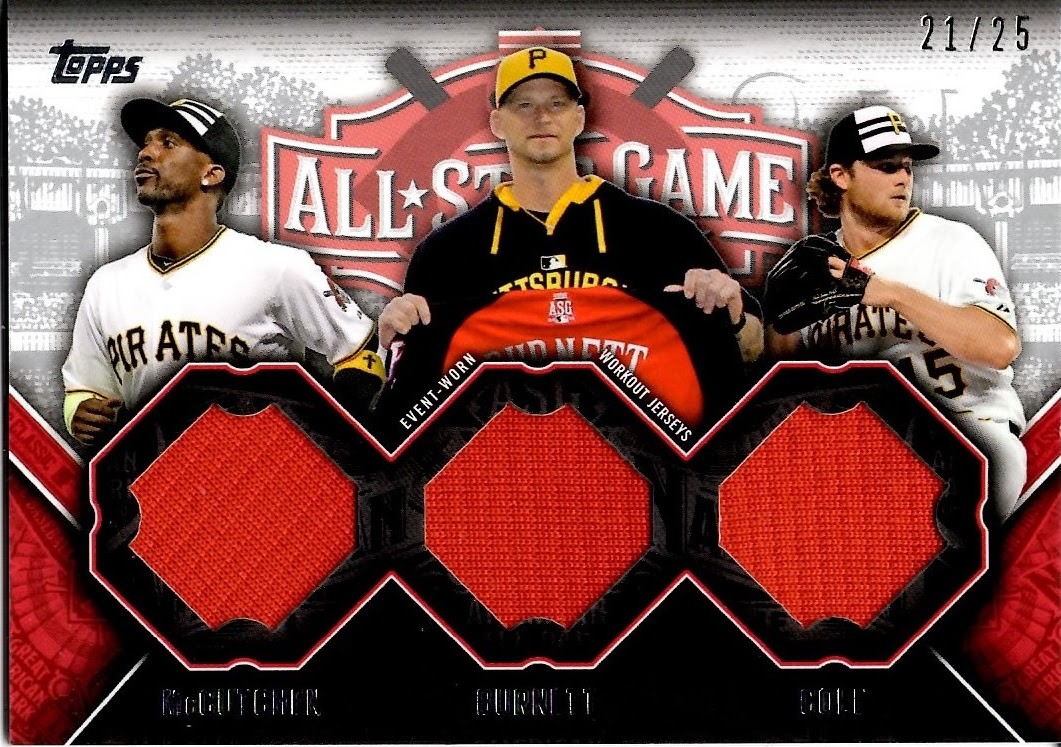 Cole was joined on the roster by MVP caliber Centerfielder, Andrew McCutchen along with rotation mate, AJ Burnett, and team closer Mark Melancon.

The 2015 Pirates finished with the second best record in baseball, but would again lose the Wild Card game. Cole started the game and was the losing pitcher. 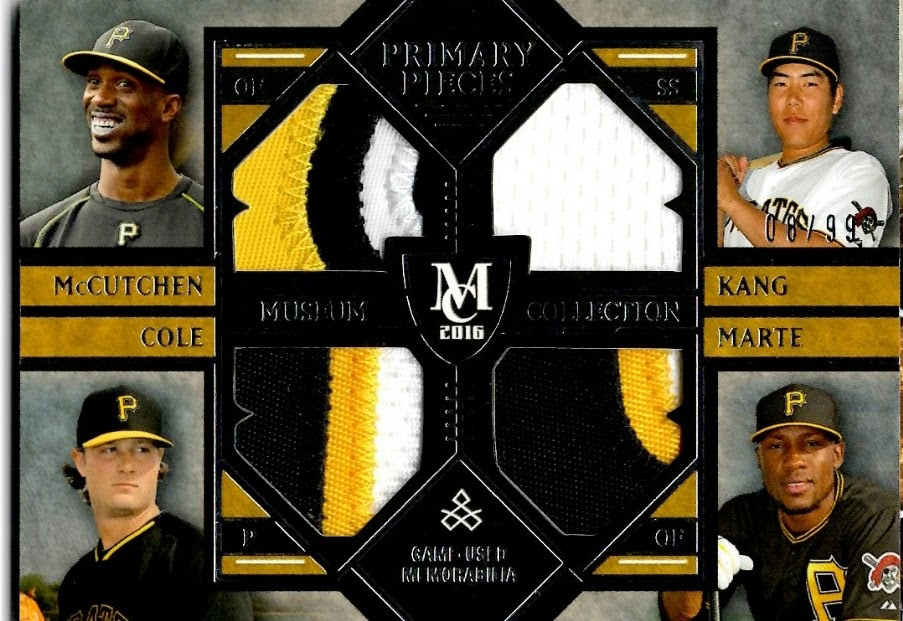 The 2016 Pirates saw some significant changes occur.  Previous year rookie of year nominee (finished third) Jung Ho Kang struggled with injuries.  Andrew McCutchen had the worse season of his career after four straight top 5 MVP seasons.  Cole regressed significantly after a breakout 2015 campaign and suffered a 7-10 record, largely based on his 1.44WHIP. 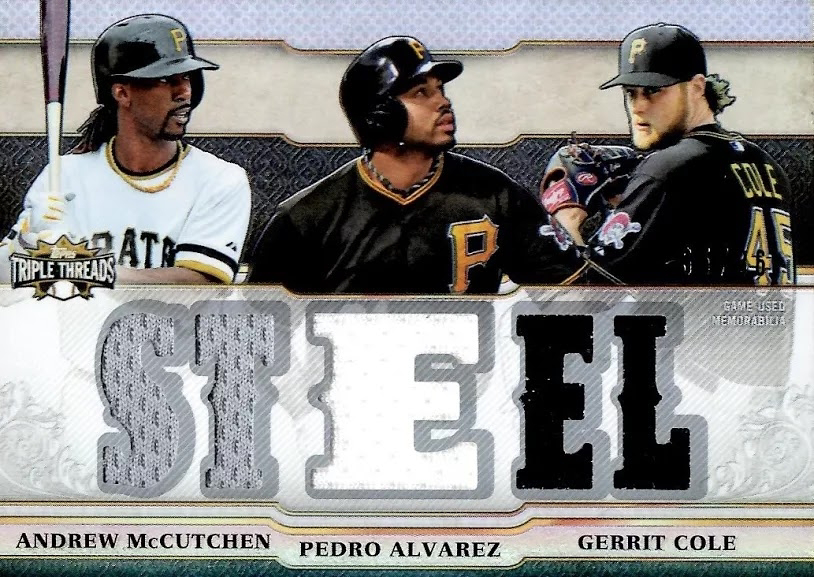 The Pirates also made some significant moves by releasing Pedro Alvarez and trading away local fan favorite, Neil Walker.
The Pirates struggles continued into 2017 and the team that seemed destined to become a constant postseason threat by having a top 5 MLB team (at least according to record) along with a top 5 farm system was making changes.

Just before New Year's 2018, the two faces of the franchise were traded away within days of each other. 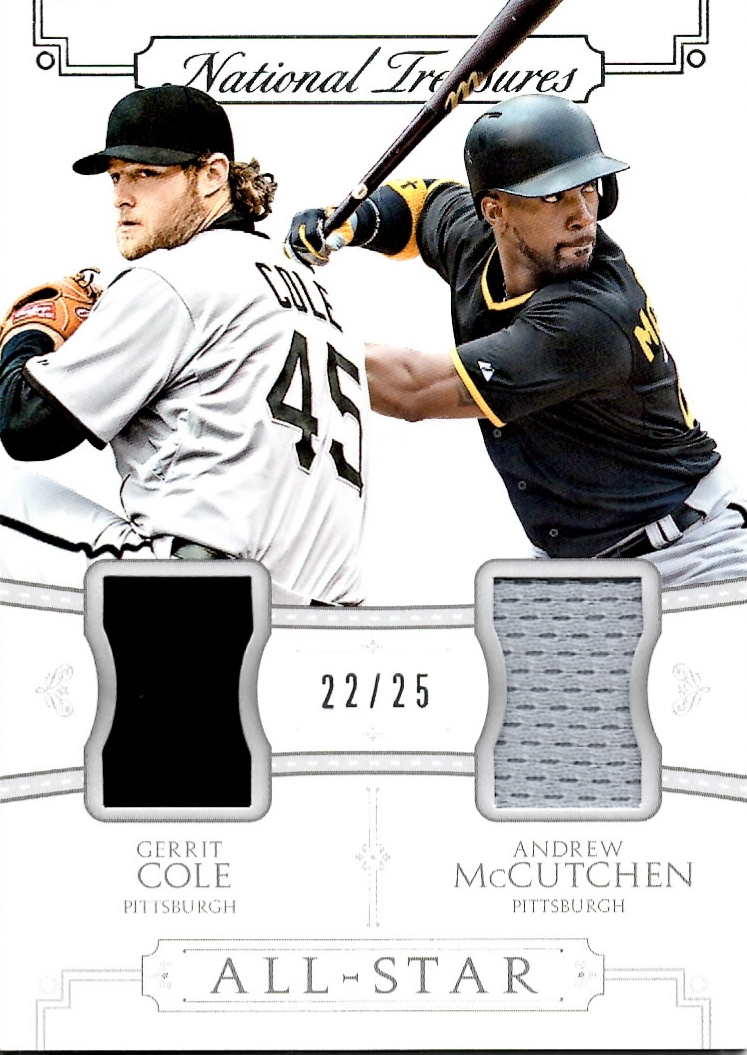 Gerrit Cole was traded to Houston for a package that included Joe Musgrove, Colin Moran, and Jason Martin. 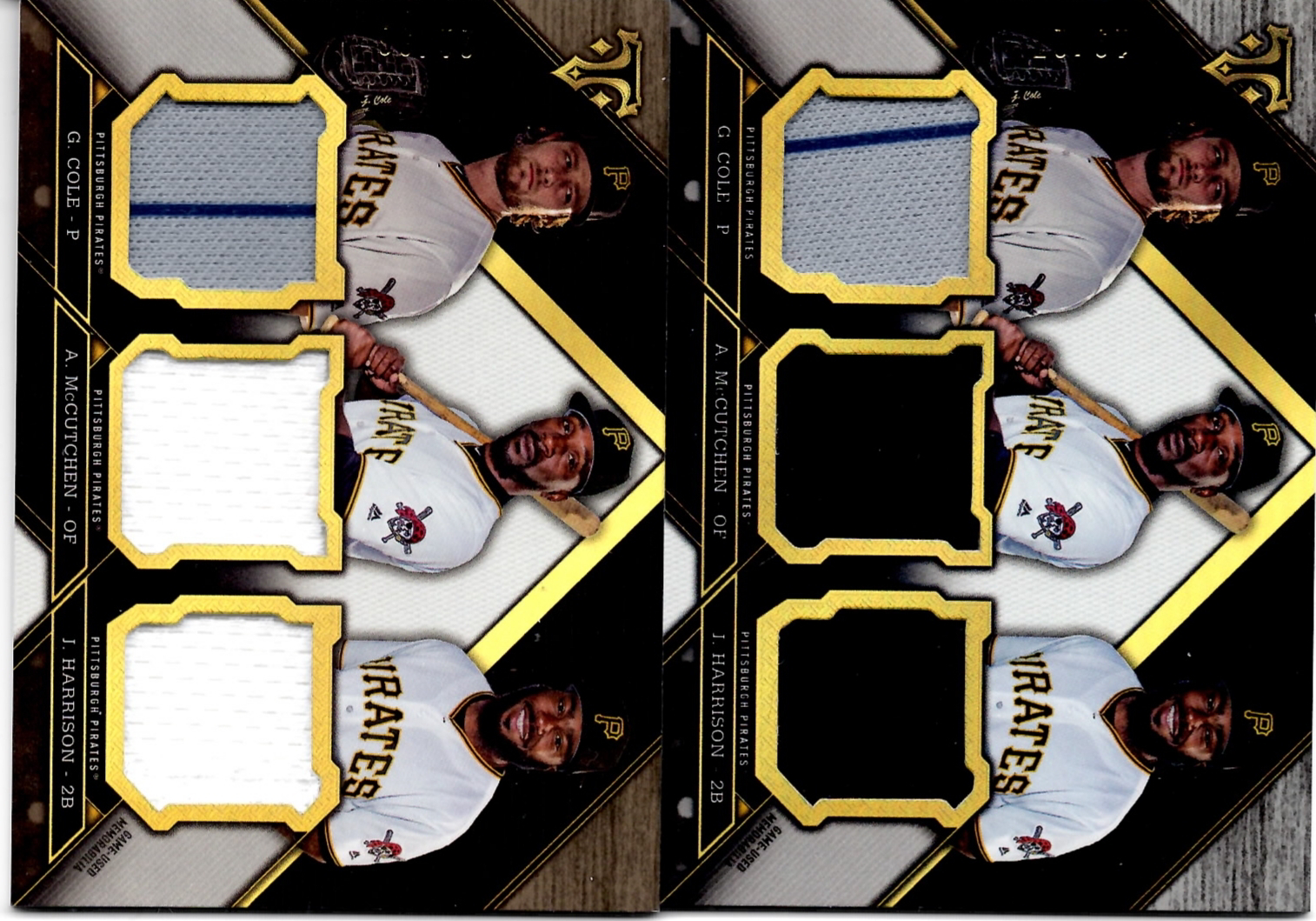 Cutch was shipped off to the San Francisco Giants for Bryan Reynolds and Kyle Crick. 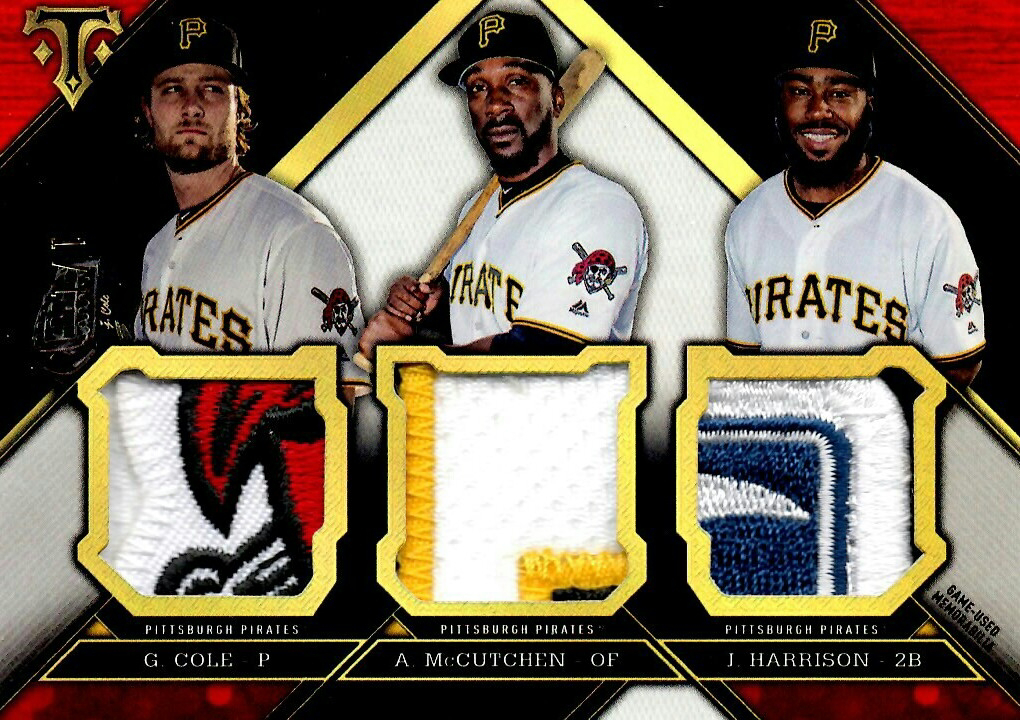 Cole became a different pitcher in Houston and improved his spin rate becoming one of the best pitchers in the game. 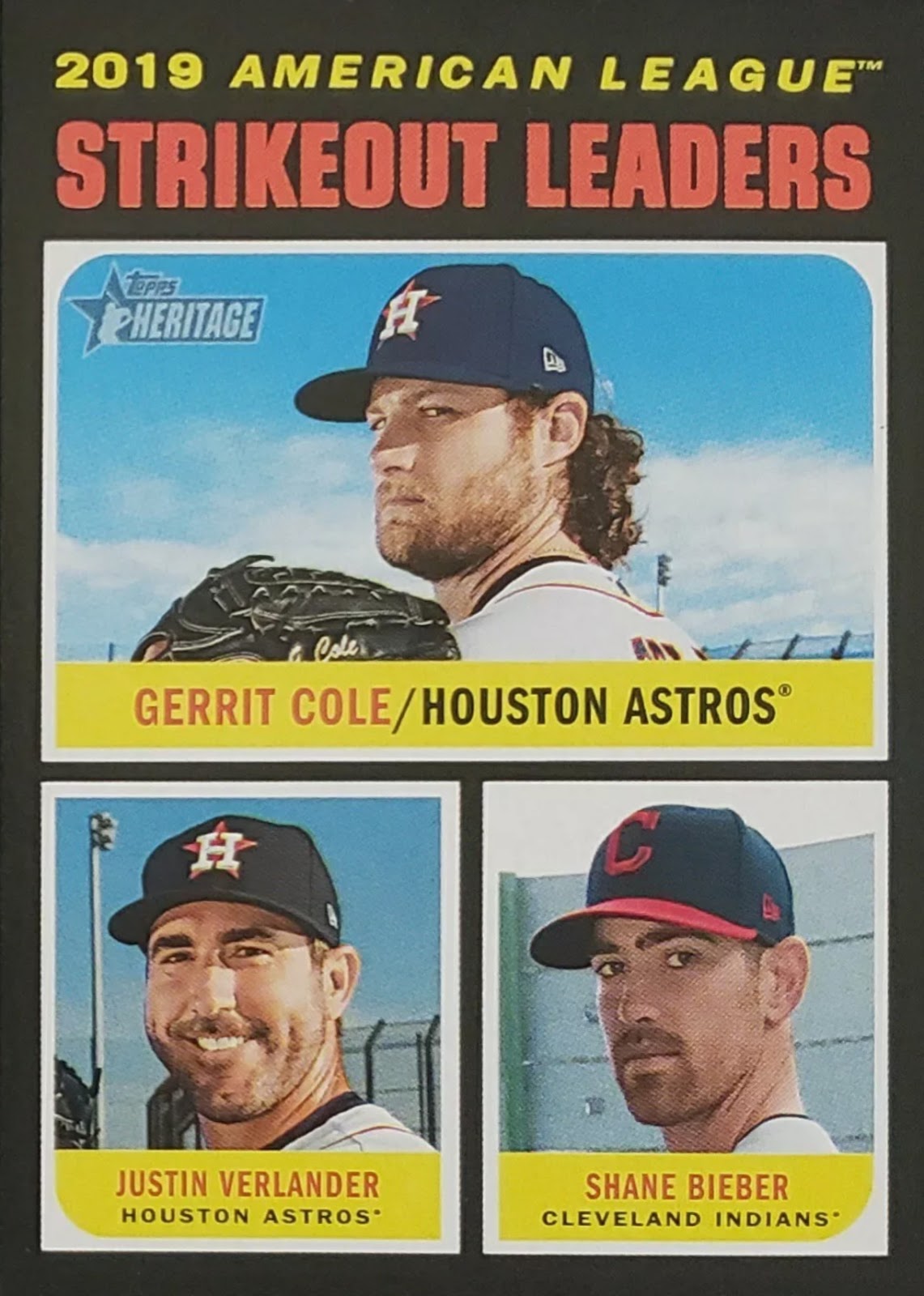 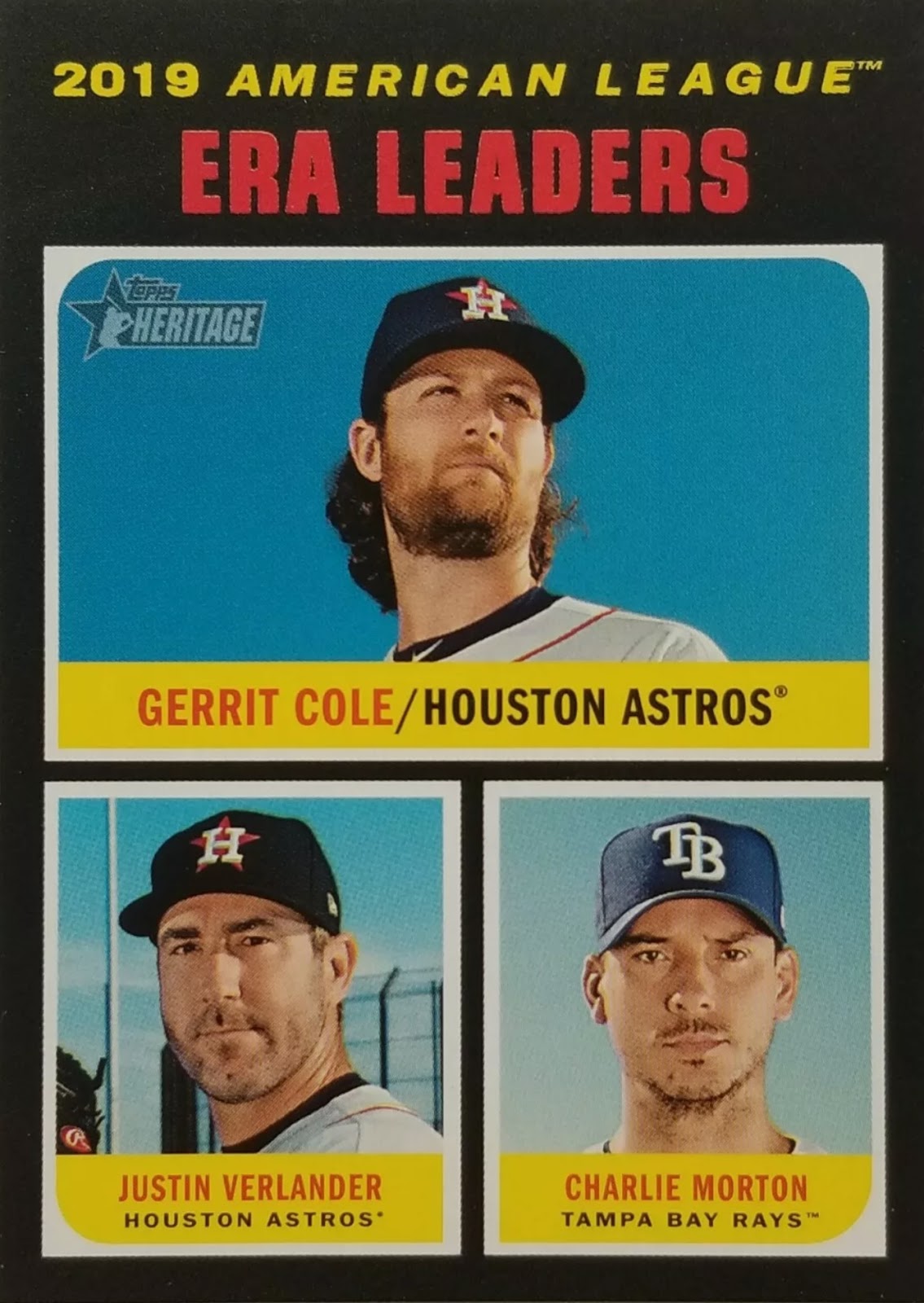 Following the 2019 World Series, Cole became a Free Agent and signed with the team that originally drafted him. 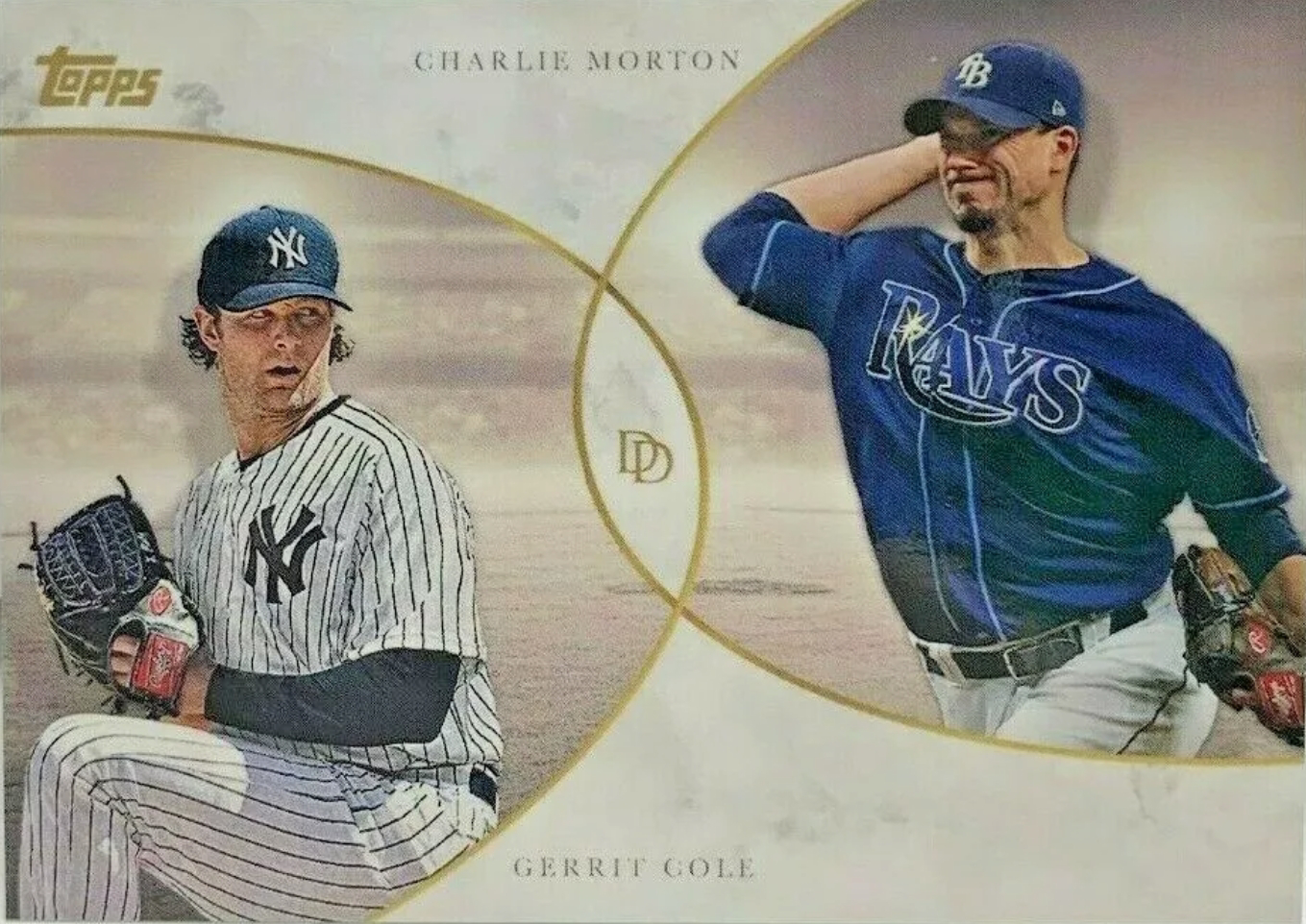 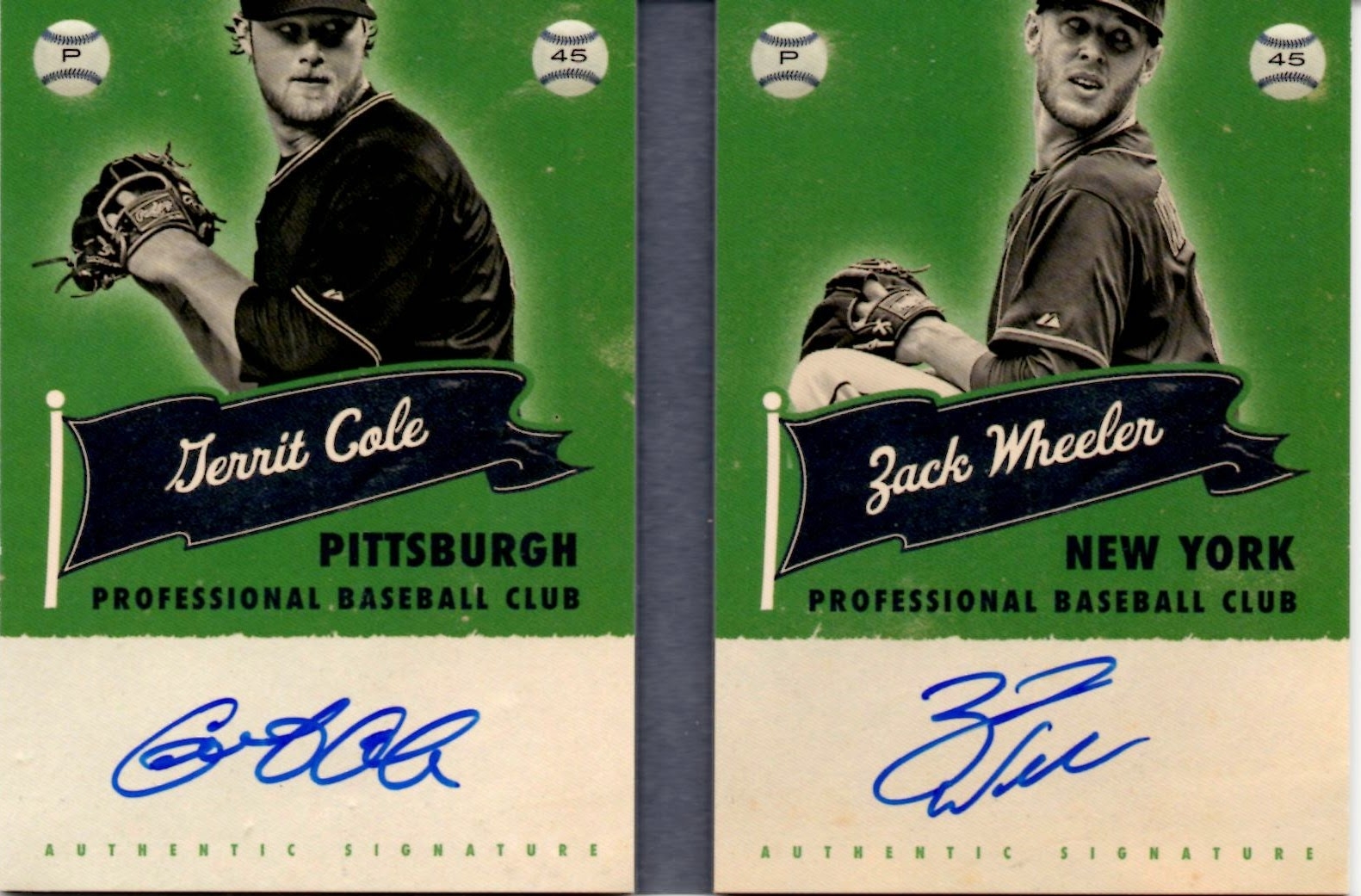 In 18 postseason innings with the Yankees last year, Cole struck out 30 batters and won both games he was involved in a decision. 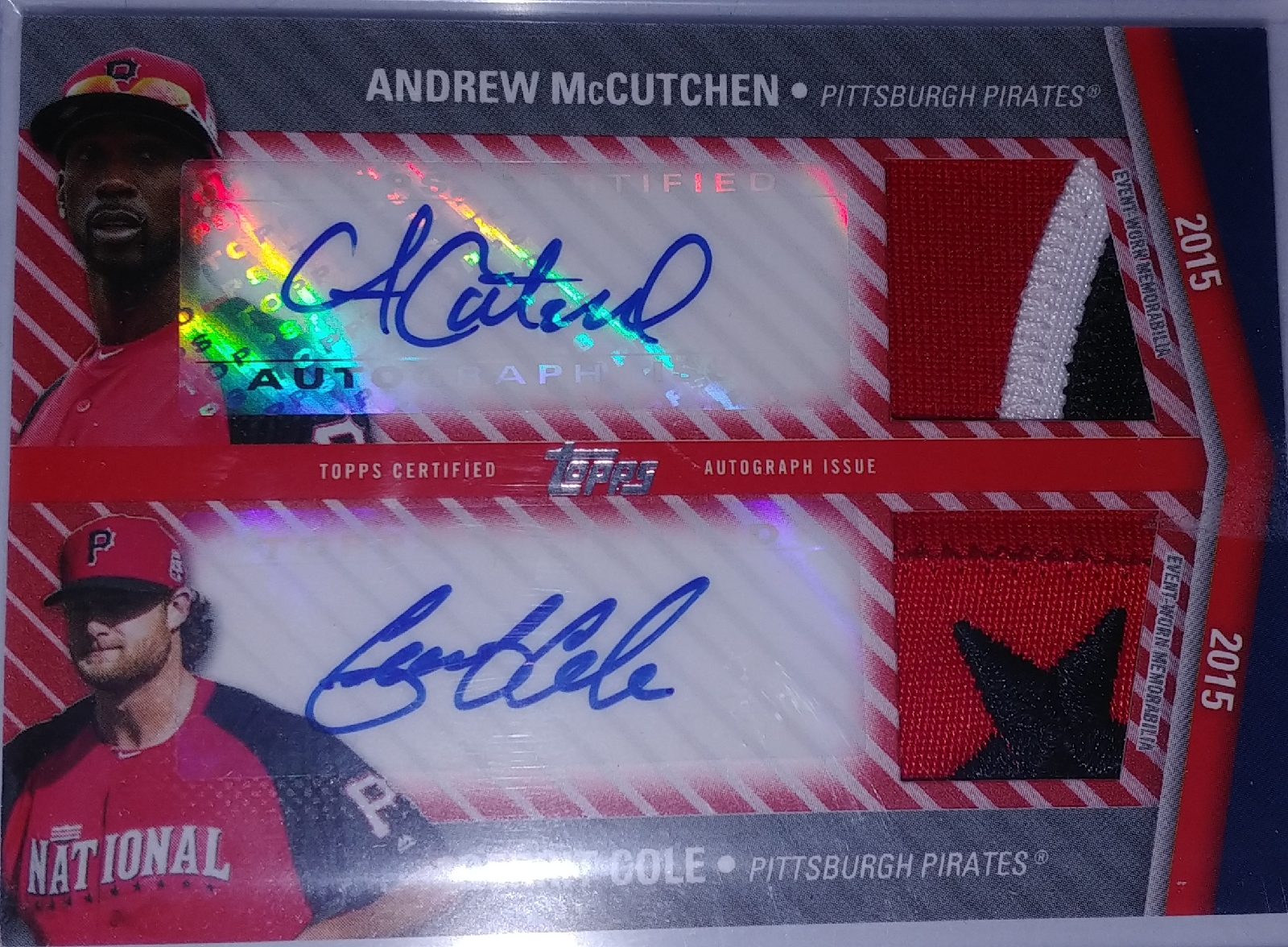 Should I look at other former teammates of Cutch and show off some of my cards with that player?
Posted by Collecting Cutch at 8:06 AM