IYKYK, acquiring a super rare card for under $5

I see people post hash tags with IYKYK and I'm often looking at that saying IDK.  This new social media talk has got me worried about the future where all vowels will be obsolete and many common phrases will just be abbreviated.
Anyway IYKYK means If You Know You Know.  It's often associated with something in the hobby that is known to hobby collectors, but the common collectors may not be aware.
I recently purchased a card off eBay for under $5 that tends to sell for over $100.  It shouldn't be valued that much, but the urban myths surrounding this card make it very very rare despite being serial numbered on back to 2013.
Unlike many cryptids like Bigfoot and the Loch Ness Monster, this card does exist and has been documented with proof of it's existence.  That doesn't make it any less rare.
There were some posts on blowoutcards back in 2013 and 2014 about this rare card which you can visit here. 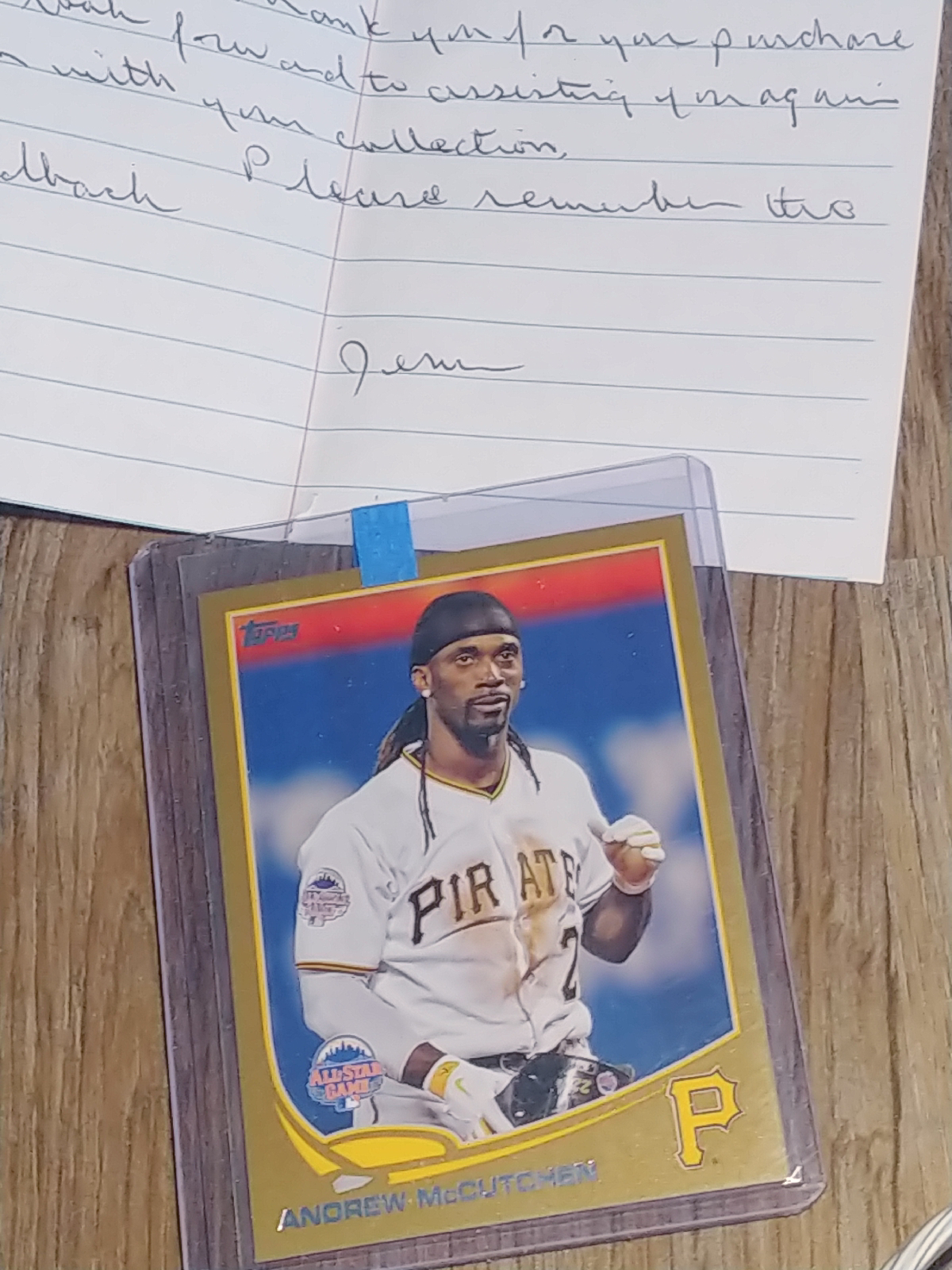 I contemplated messaging the seller about his very low Buy-It-Now price, but since I am a Super Collector and not going to flip it, I thought it would be ok to just take advantage of this good fortune.  In addition I have a goal to display all my gold parallels of Cutch in a large frame once he retires so I couldn't pass it up. 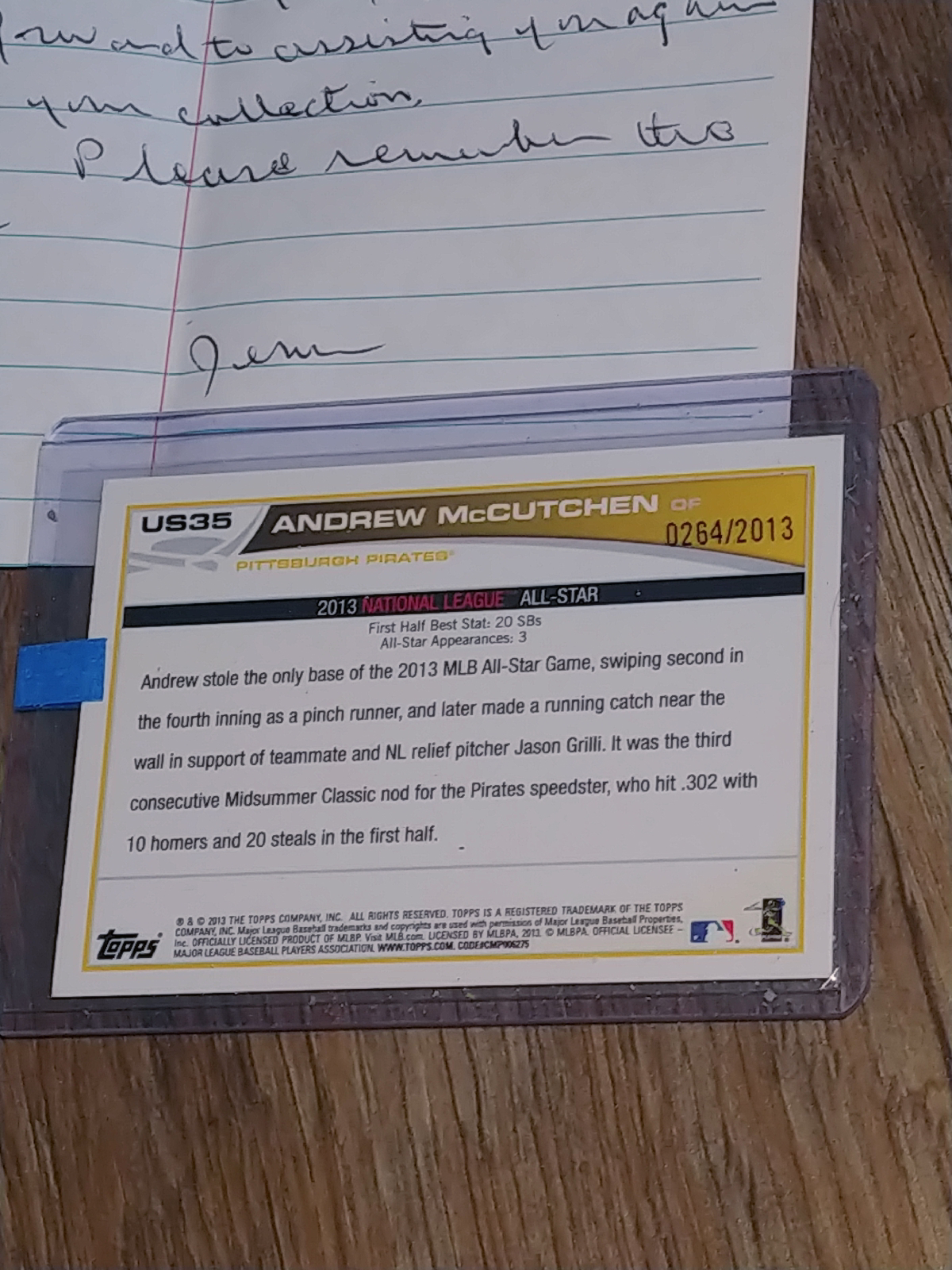 The seller also included a very nice note thanking me for the purchase and asking for feedback upon receipt of this card. 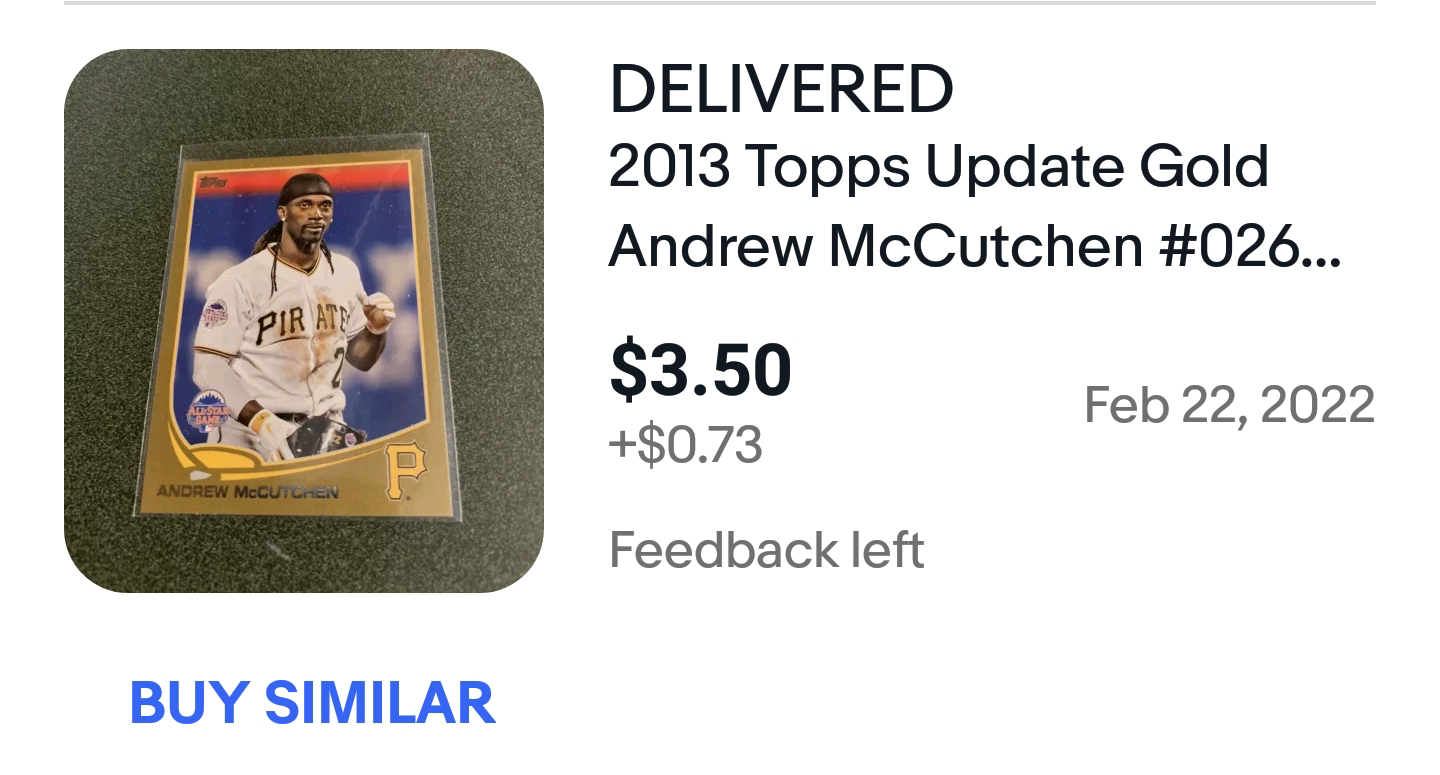 I still can't believe I got one of these for under $5.
Have you ever told someone that a card you wanted to buy was way underpriced?
Posted by Collecting Cutch at 2:29 PM 4 comments:

As a player collector there are so many cards produced and I know I can never acquire them all.
I will continue to add unique cards to the collection whenever the opportunity presents itself though.
Topps Vault is a way to inflate the 1/1 count without breaking the bank. They are one of the final steps in the printing process and Topps has often made these "test proofs" blank back cards available for sale via their eBay page.
I won the Class 1 and Class 2 cards with no competition ($10ea), but the Class 3 card had a few extra bidders.  I went for it and won it for the price of the other two combined. 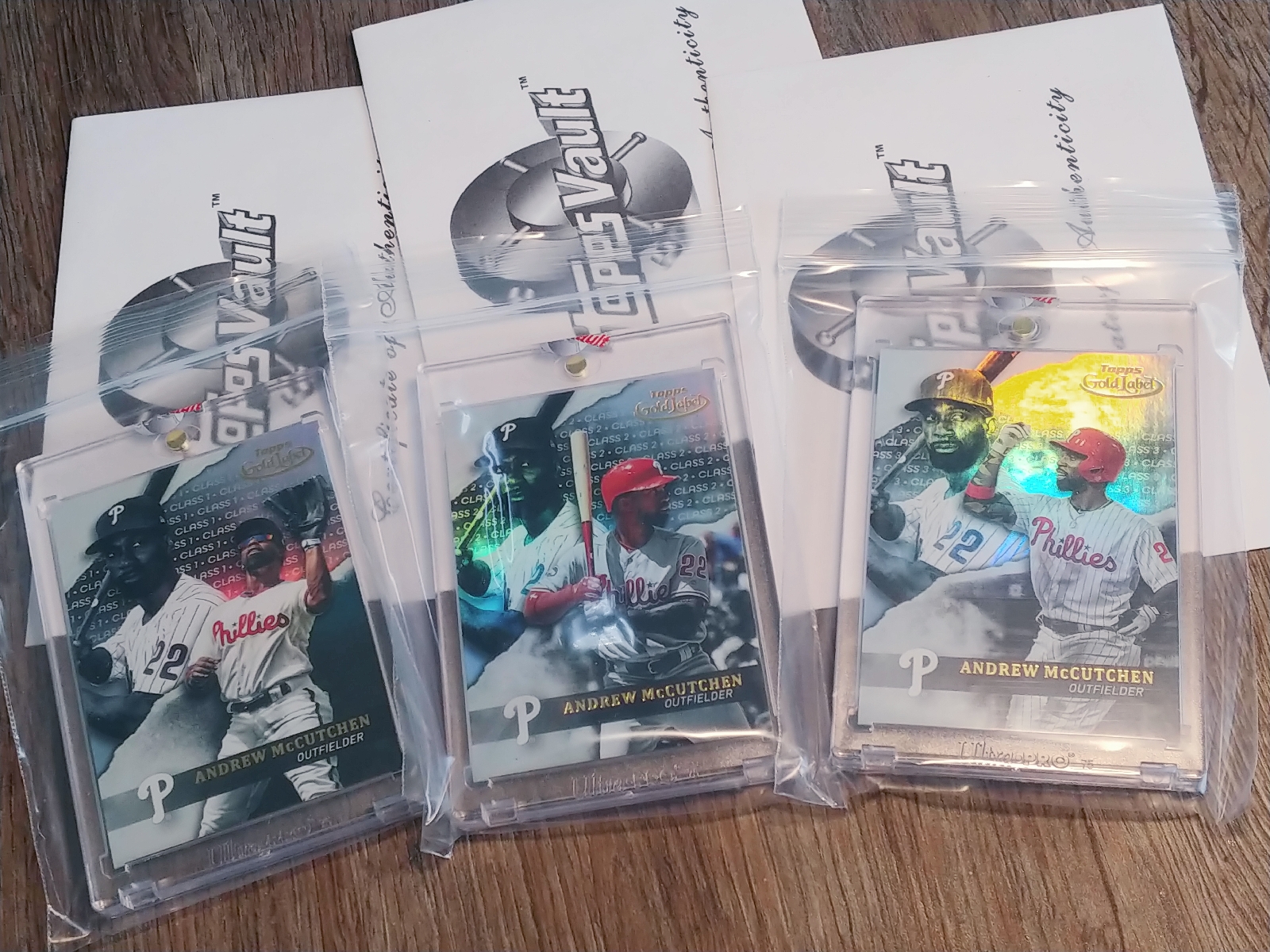 This is a pretty unique rainbow even if it is a gimmicky item.
Do you own any of the Topps Blank Back cards?
Posted by Collecting Cutch at 2:44 PM 5 comments:

Email ThisBlogThis!Share to TwitterShare to FacebookShare to Pinterest
Labels: 1 of 1, 1/1, 2020, gold label, Phillies 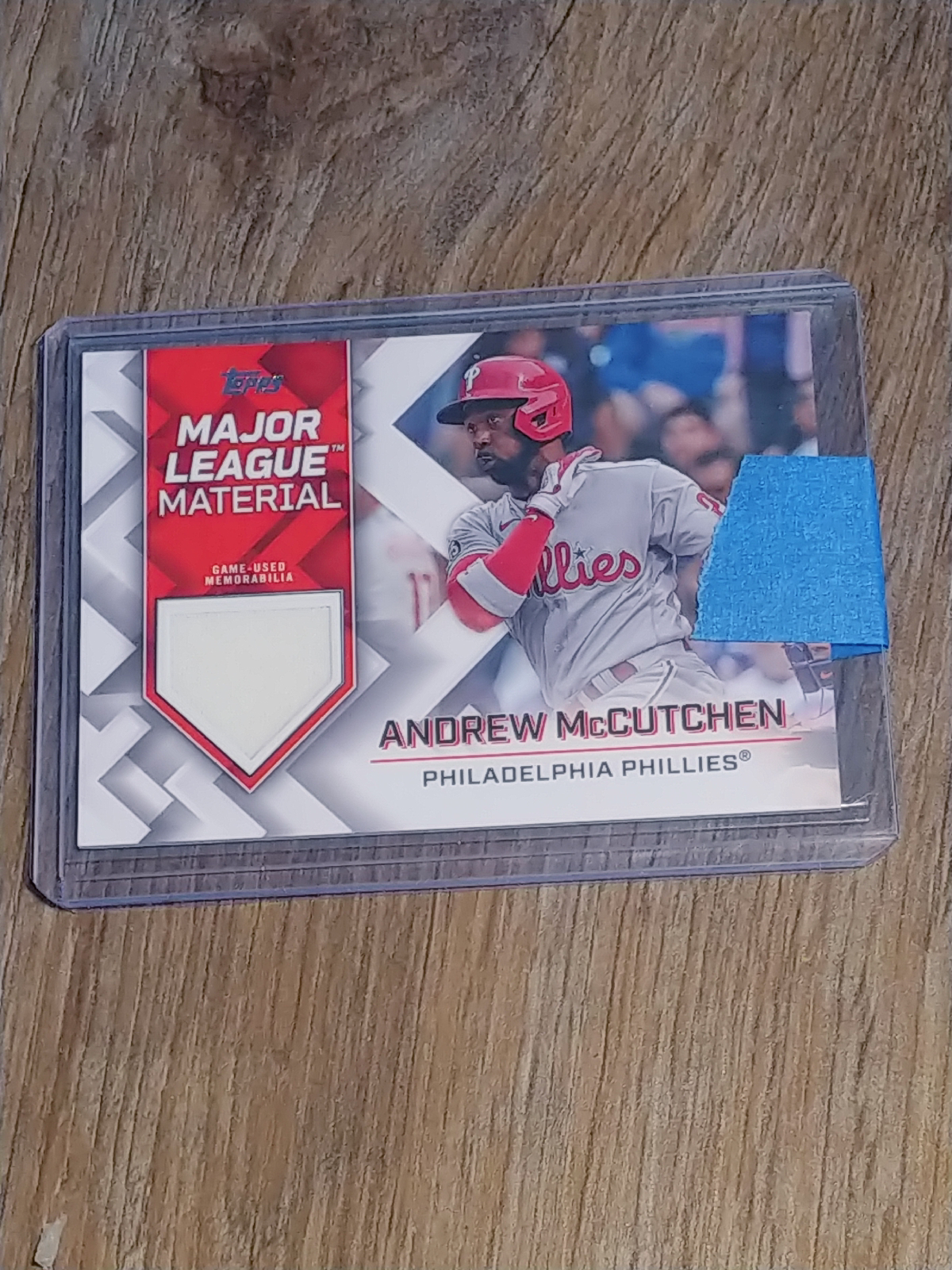 I feel like the design for this jersey relic would have been better last year.  Last year's Topps design had strange bars and depth that resemble whatever the heck is going on the left side of this card.
Hopefully there will be a baseball season this year and hopefully there will be some more Andrew McCutchen cards in Series 2 (hopefully with whatever new team he signs with).
Have you gotten any 2022 cards yet?
Posted by Collecting Cutch at 2:32 PM 6 comments:

Serial History: Reflecting on getting old

As I was going through my boxes of Cutch cards I discovered a bunch of low numbered autographs that I never showed off.  Trust me when I say there's a lot that still need to be shown here (literally over a hundred autographs of Cutch have never been shown on this blog before)
The card dated below is dated with today's date (2/25), but it also made me realize that I am getting old as it features a familar Topps design, one that I was very excited about when it first debuted. 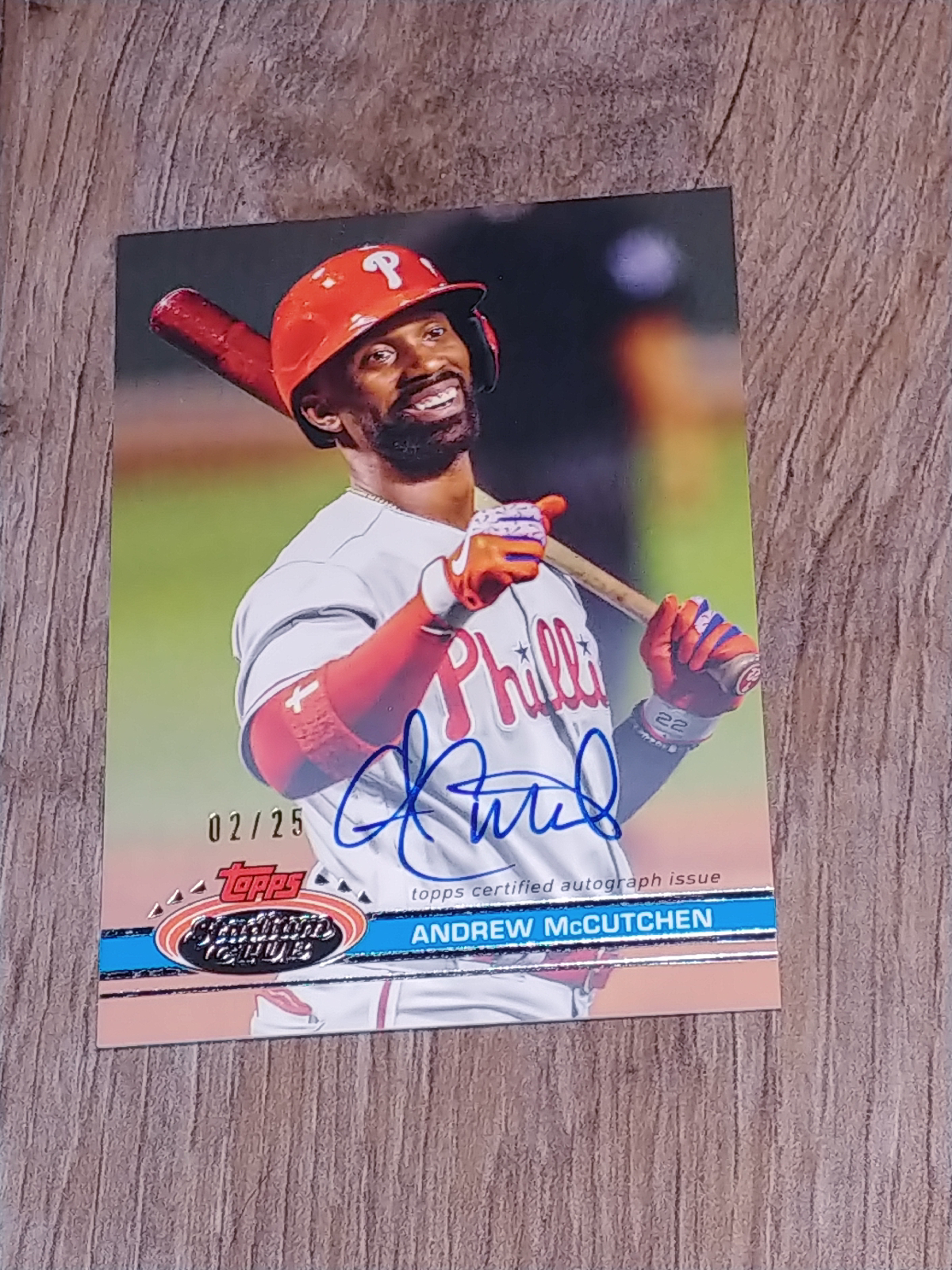 It's hard to believe that this card design for Stadium Club is now over 3 decades old (31 years old).  I'm getting old!!!!
Let's reflect back on the world of 1991
Barry Bonds had only hit 142 of his 762 career homeruns* This past December, he reached his final 10th year of eligibility on the Hall of Fame ballot.
The United States was in the middle of Operation Desert Storm/Shield by fighting in the Gulf War.
OJ Simpson was a broadcaster for football games
Pogs and Teenage Mutant Ninja Turtles were popular among boy's toys.
Only the 3rd season of The Simpsons was starting (33 previous episodes existed of the 700+ currently produced)
The Florida/Miami Marlins, Colorado Rockies, Arizona Diamondbacks, Tampa Bay Devil Rays all hadn't come to exist yet.
Do you feel old yet?
What other memories do you have of 1991?
Posted by Collecting Cutch at 4:45 AM 5 comments:

Down for the count...

Everything happens for a reason.
That's what I always say.  Well, I don't always say it, but I am a strong believer of it.
I enjoy working and I enjoy overtime and I enjoy spending my overtime money on baseball cards.
Unfortunately what I don't enjoy doing anymore is rummaging through the collection and I certainly don't enjoy updating my spreadsheet with my Cutch cards I own.
That may all change as I recently injured my achilles and am awaiting to see a orthopedic to find out if its a tear or just strained. I'm out of work for at least two weeks and will be having a lot of free time on my hands with limited mobility.
This seems like a good time to get those spreadsheets updated.
I should also be able to take some pictures of my cards that I've acquired over the past year(s) that I never showed off here. 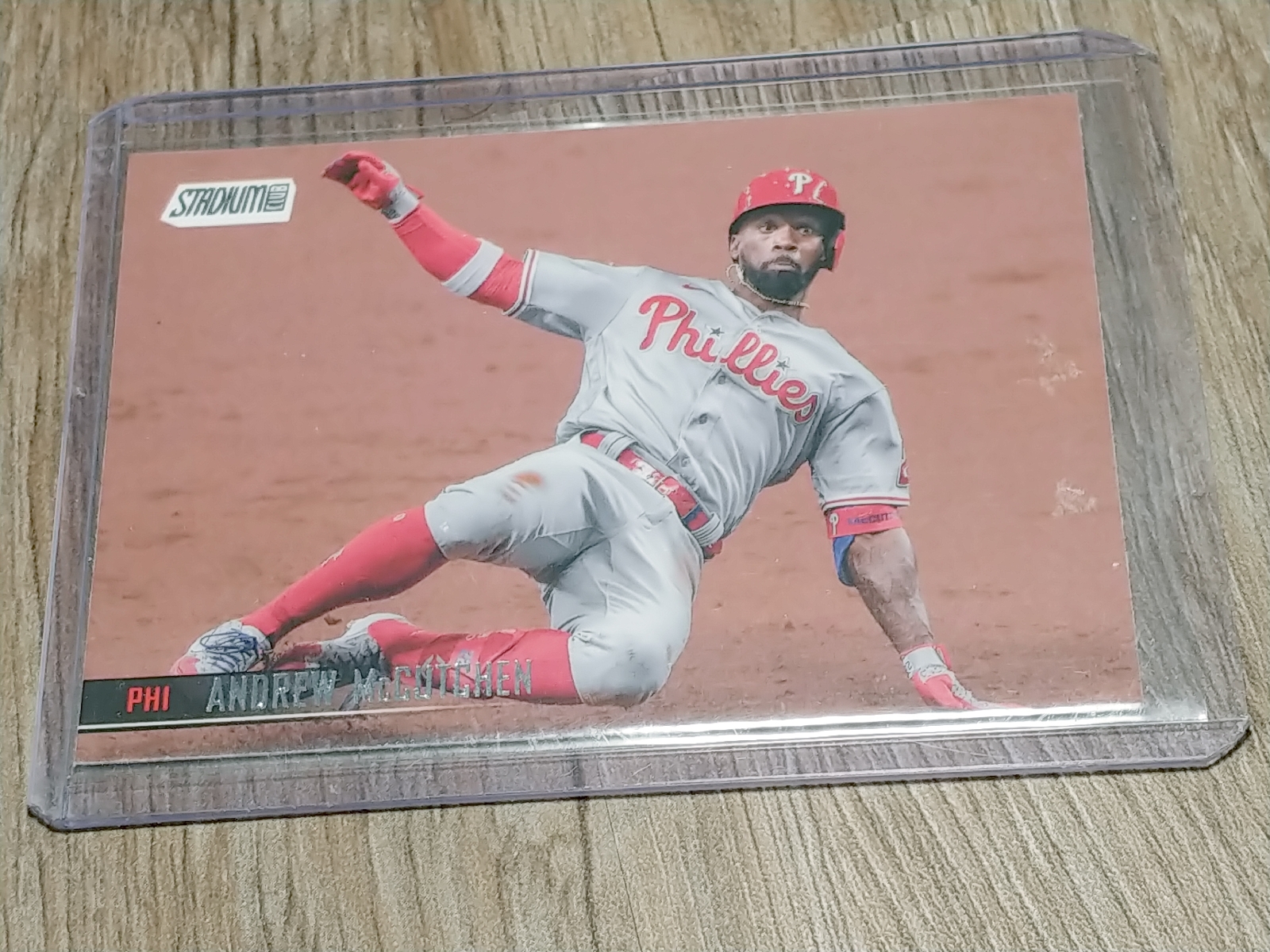 One such card is this 2021 Topps Stadium Club image variation.  I picked this up late summer and it is an absolutely fantastic image variant action shot of Cutch sliding into a base.
The Cutch Cave will have to be put on hold due to my limited availability of walking and using tools. I will at the very least try to take a picture of the progress with it.
Posted by Collecting Cutch at 10:40 AM 7 comments:

Over the past couple years I have had a tradition of showing off red baseball cards the first Friday of February.  You can revisit all those posts here.  The reason I do this is to bring awareness to women heart disease.
I will continue the theme of showing off some nice red parallels, but first...a reminder to please wear red today to support the movement.
Visit heart.org to help make a contribution.  They set out a goal of $3 million this year and as of Friday morning are falling well short of it as they have only raised just over $100K.
Now for the best red parallel baseball card in my collection that I have picked up over the past few months 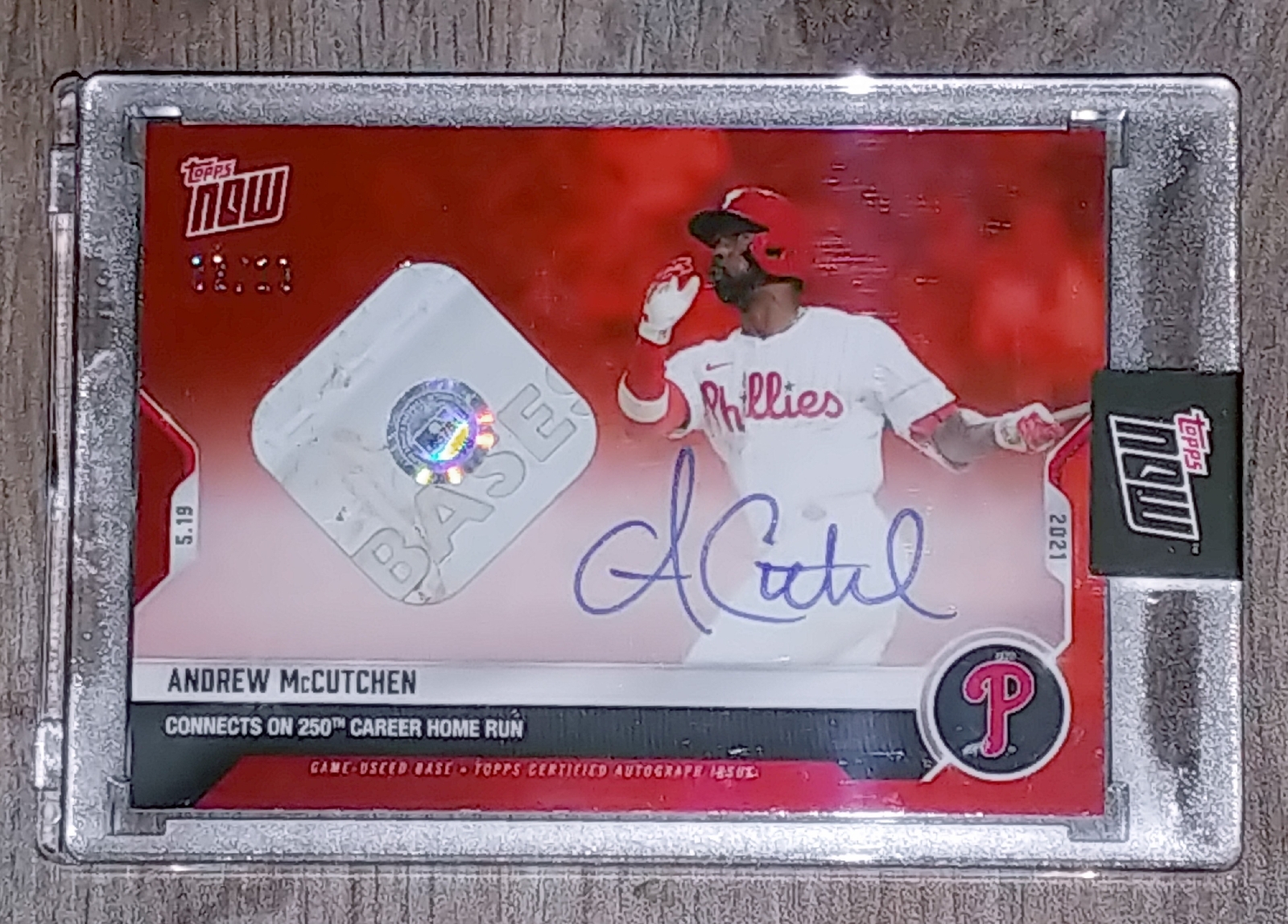 2021 Topps Now Game Used Base and (on card) autograph celebrating Cutch's 250th career home run. The card is numbered out of only 10 copies (mine being number 2) 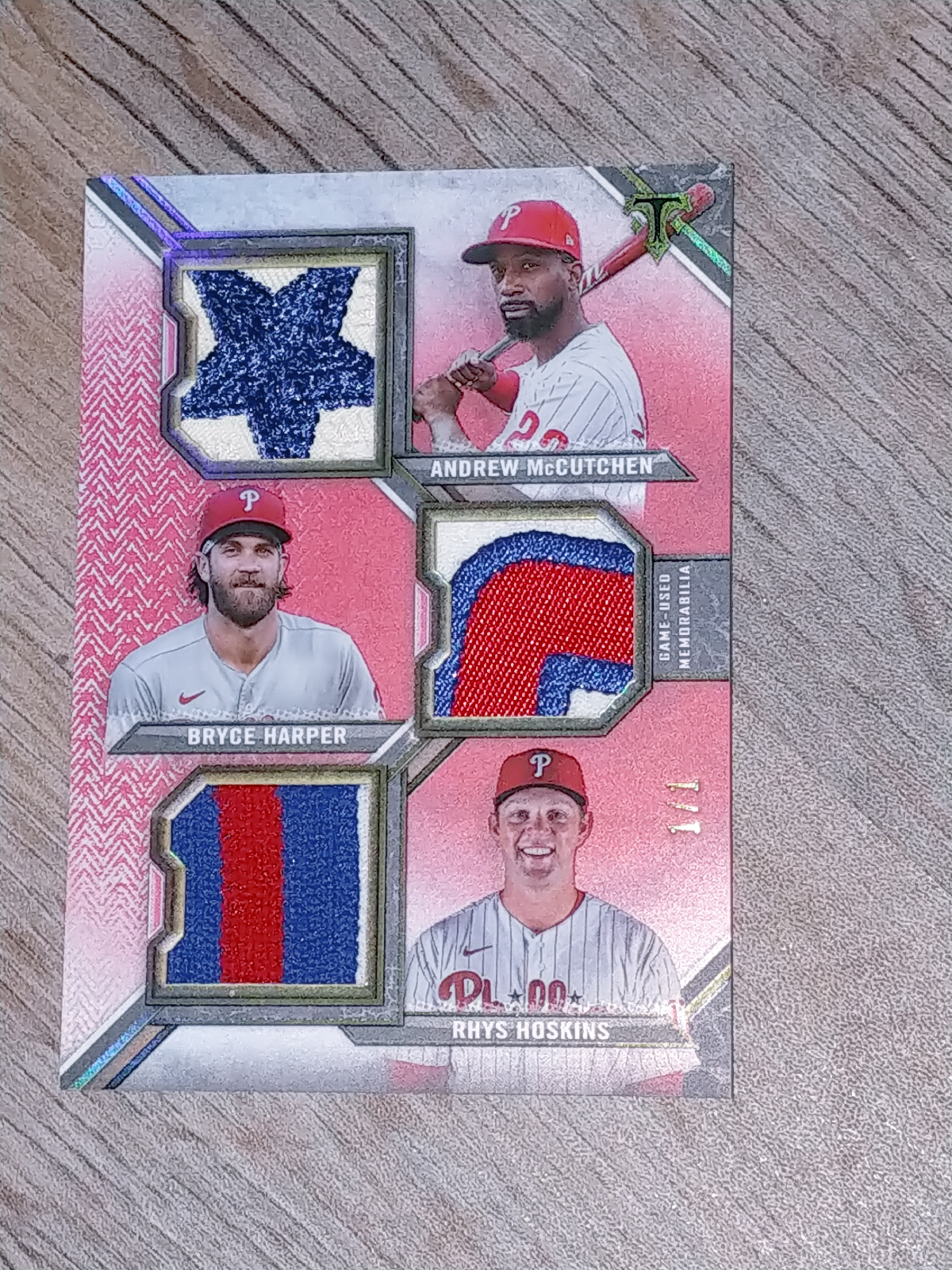 This is a very recent pickup and it was shipped by COMC within a week.
Shocking, right?
That is the 2021 Topps Triple Threads Triple Relic patch Ruby parallel numbered 1/1 featuring relics of Cutch, Bryce Harper, and Rhys Hoskins
You guys like bling?
Ben Baller does 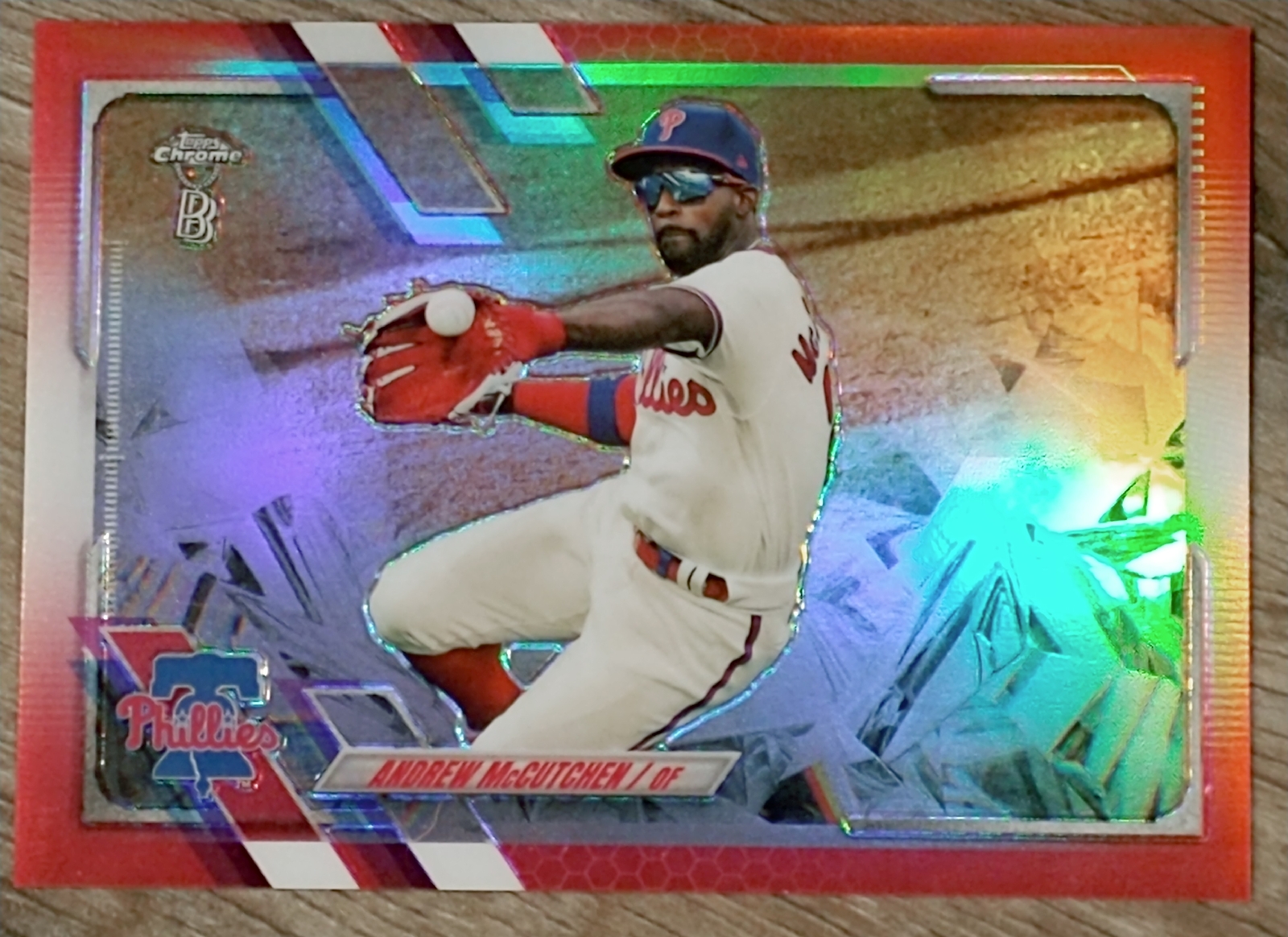 And Ben Baller Did The Card for this 2021 Topps Chrome Ben Baller edition red parallel limited to 5
How about some autographs signed in red ink? 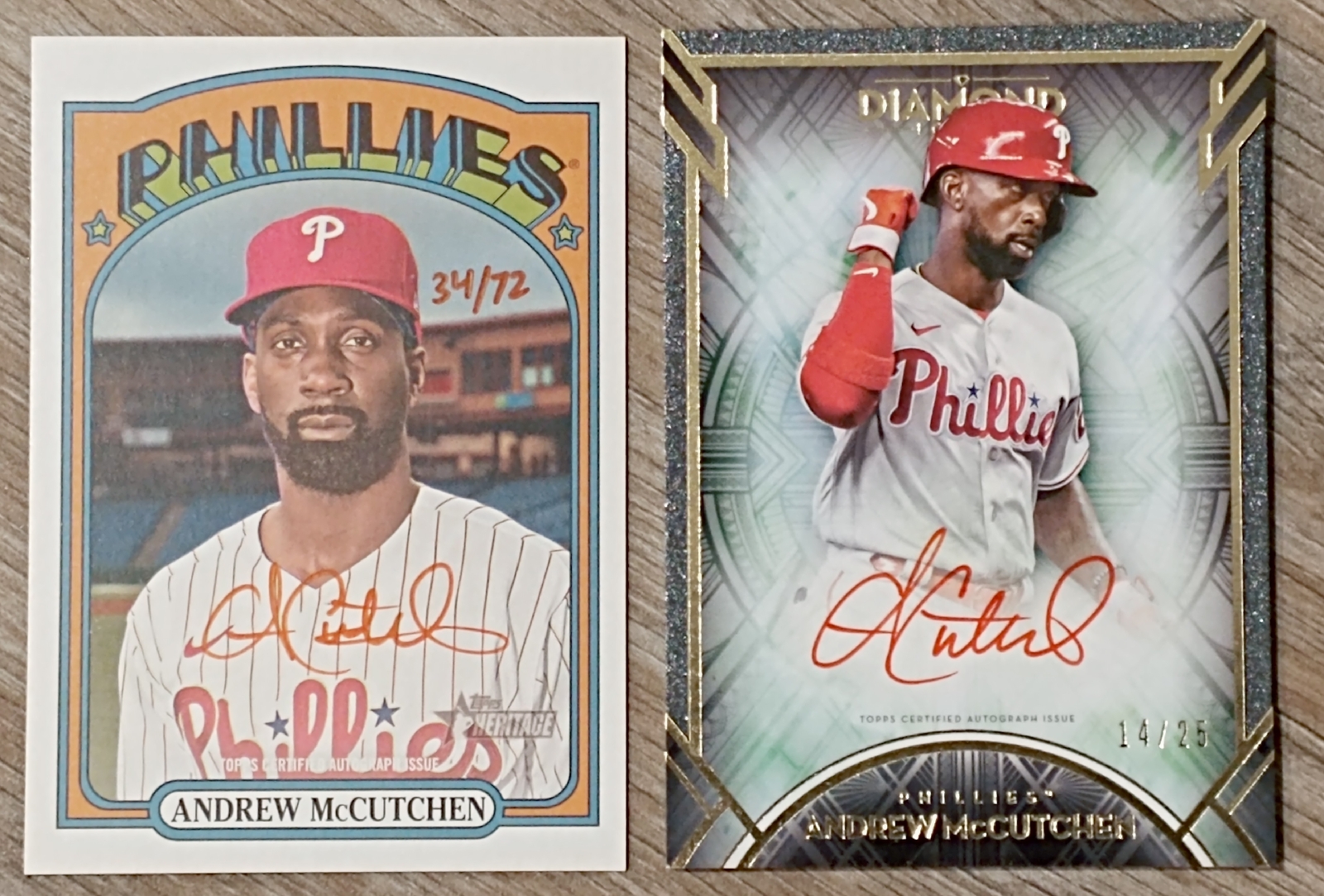 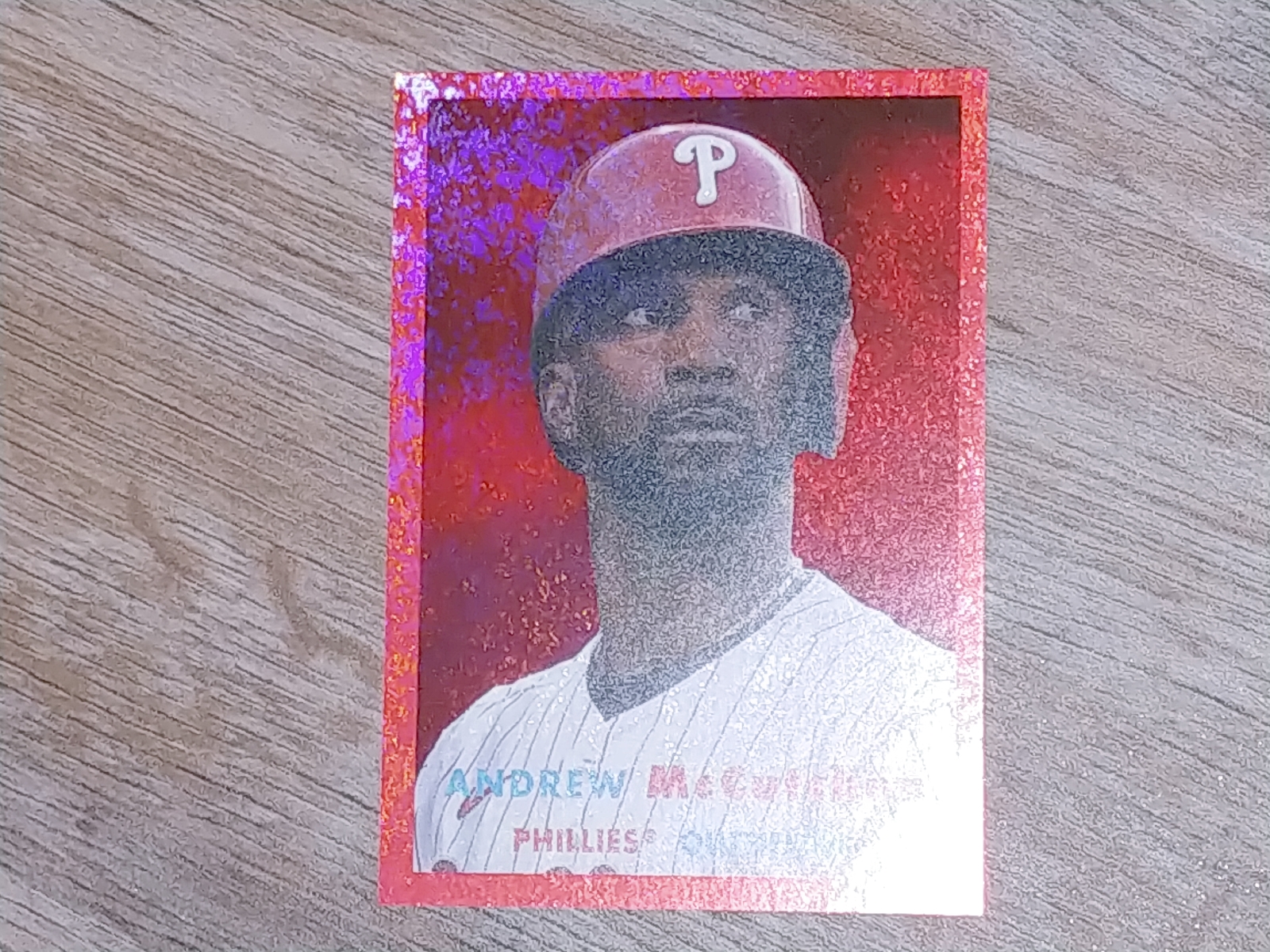 And to finish things off I have a 2021 Topps Archives Red Hot 🔥 parallel limited to 50 copies
That's all for now.
Again please go visit ❤ heart.org ❤ and make a contribution if you're able to today.
Don't forget to wear your red! 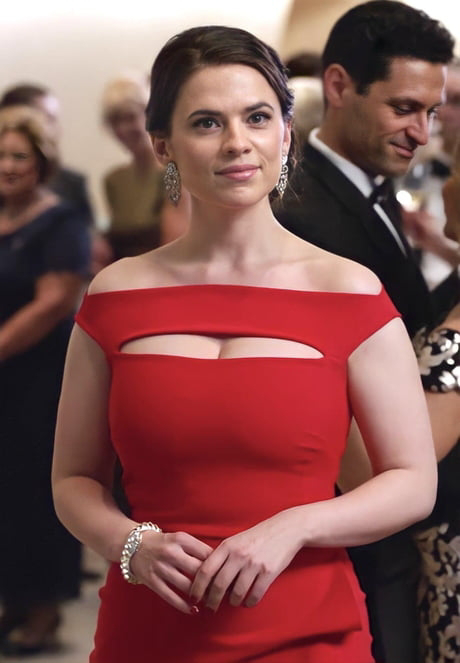 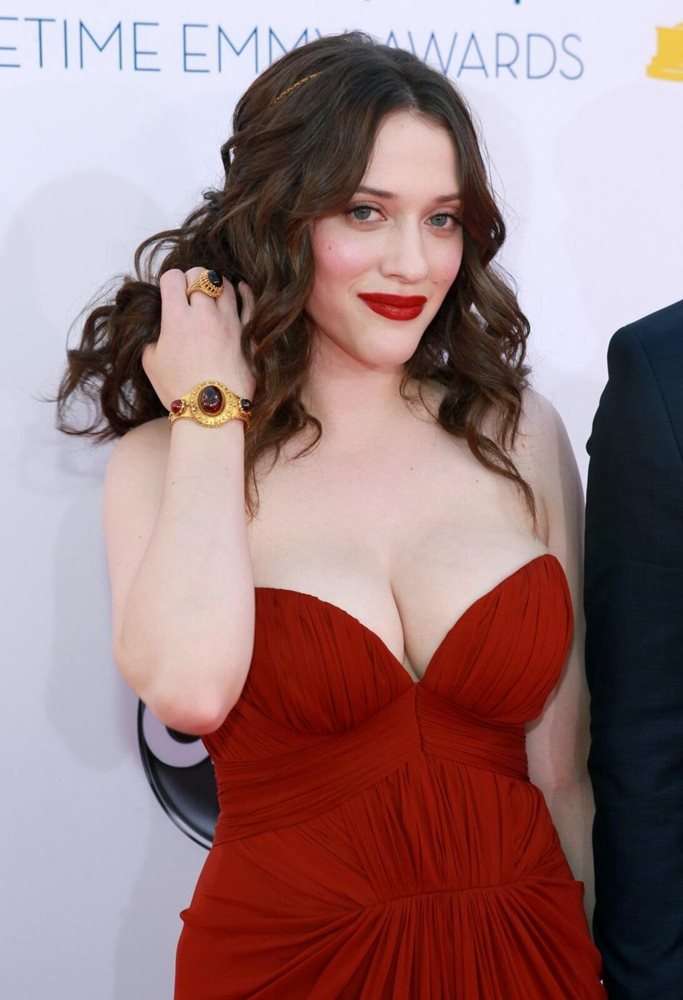 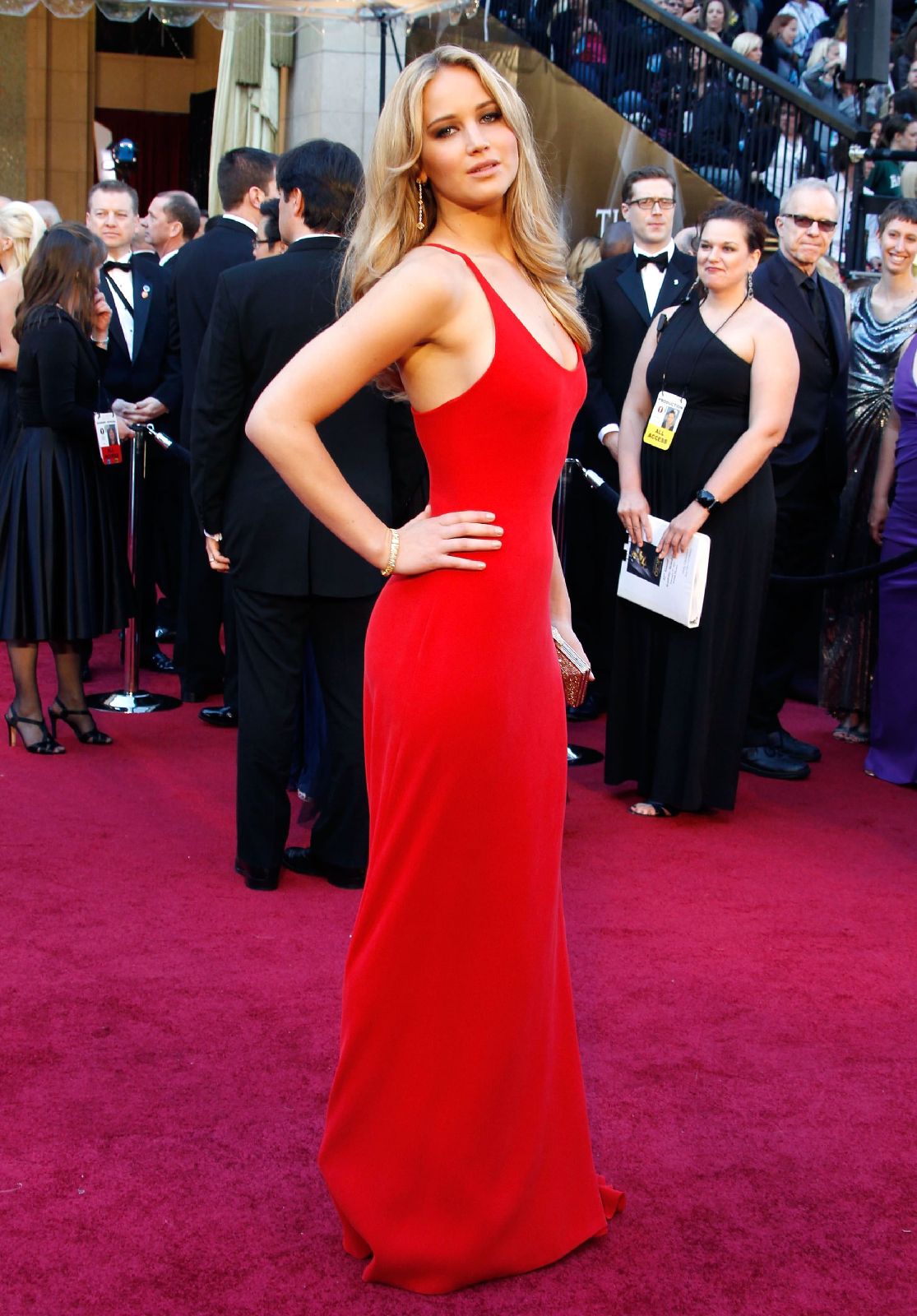 Posted by Collecting Cutch at 4:14 AM 3 comments: