Andrew McCutchen has played for 4 Major League teams over his career and has also participated in the World Baseball Classic in 2017 as a member of Team USA's gold medal championship.  He has also been selected to 5 National League All-Star teams.  During that time he has had a few repeat teammates.
In this brand new segment, called Cutch's Crew, I will look at a few of my favorite repeat teammates of Cutch and show off my small collections of those players.
Today I am looking at the Shortstop position
Didi Gregorious
Didi was signed by the Cincinnati Reds in 2007 as a teenager and ascended through the minors before making his debut in 2012.  With his big league spot at shortstop blocked by Zack Cozart, the Reds shipped him off to the Cleveland Indians for Shin Soo Choo.  Once in Cleveland (and also blocked at the big league level) he was again traded for starting pitcher Trevor Bauer of the Arizona Diamondbacks. 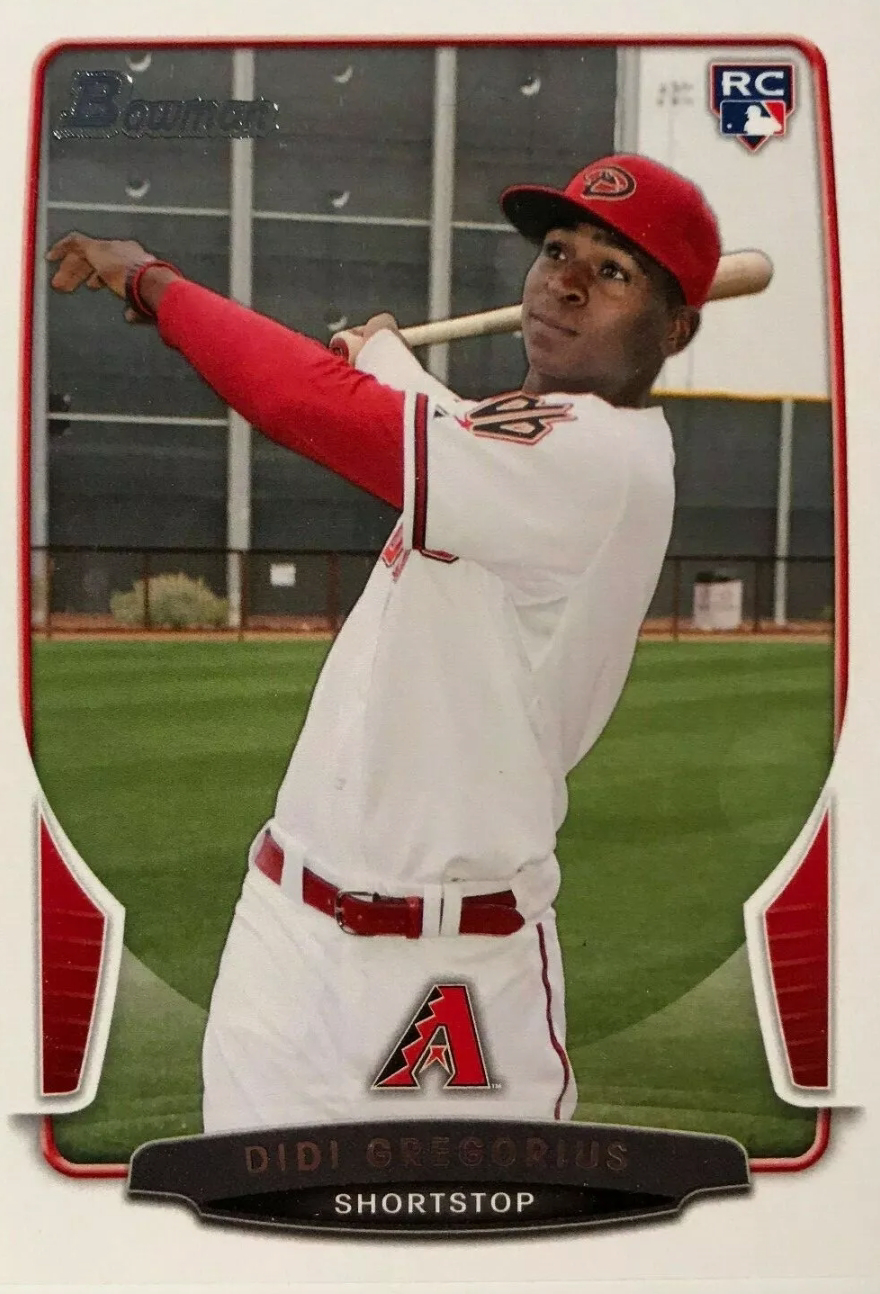 Didi became the team's everyday shortstop and hit a home run off Phil Hughes in his first at bat as a Diamondback. 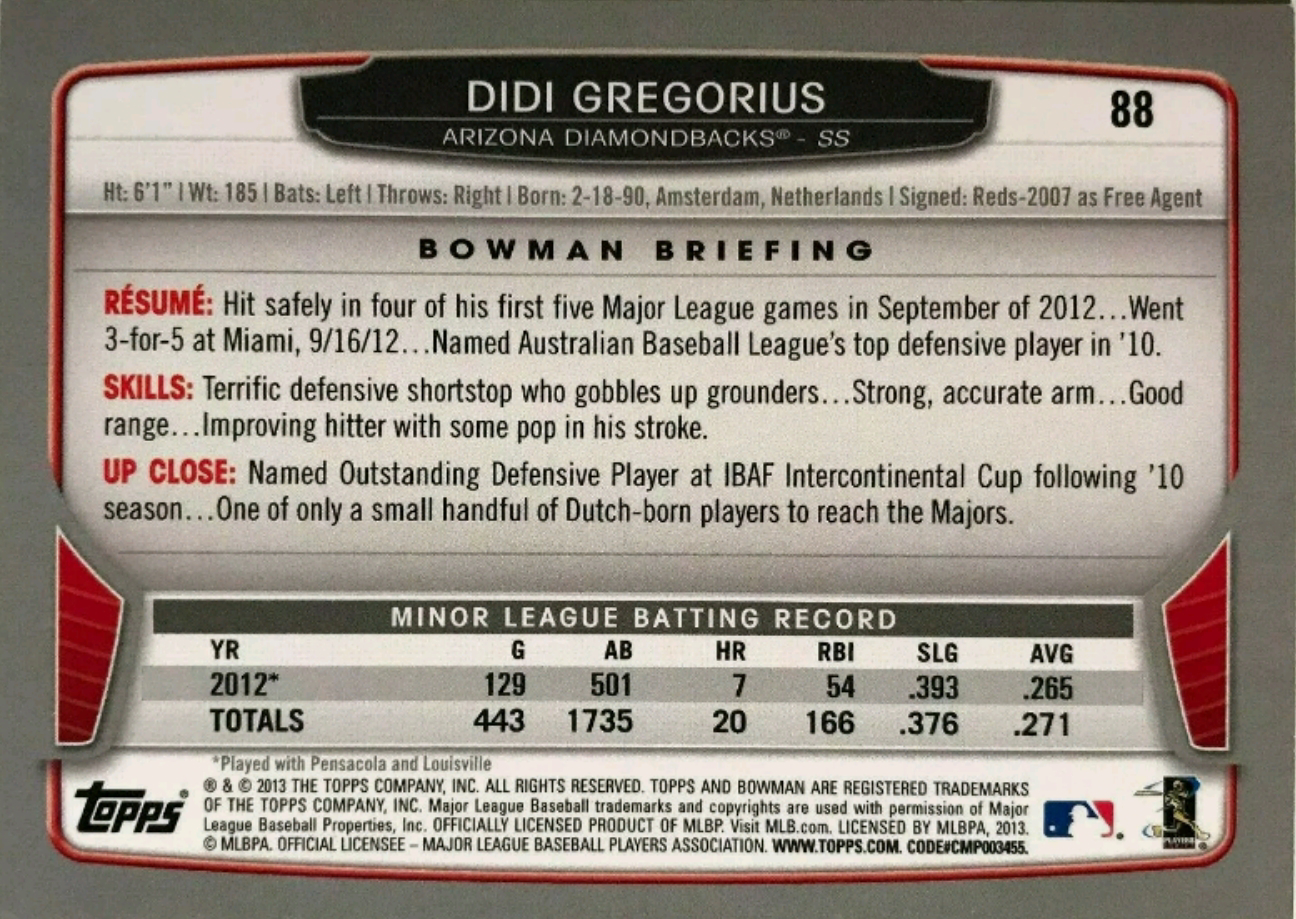 Didi struggled against lefties and found himself losing playing time as the season progressed. 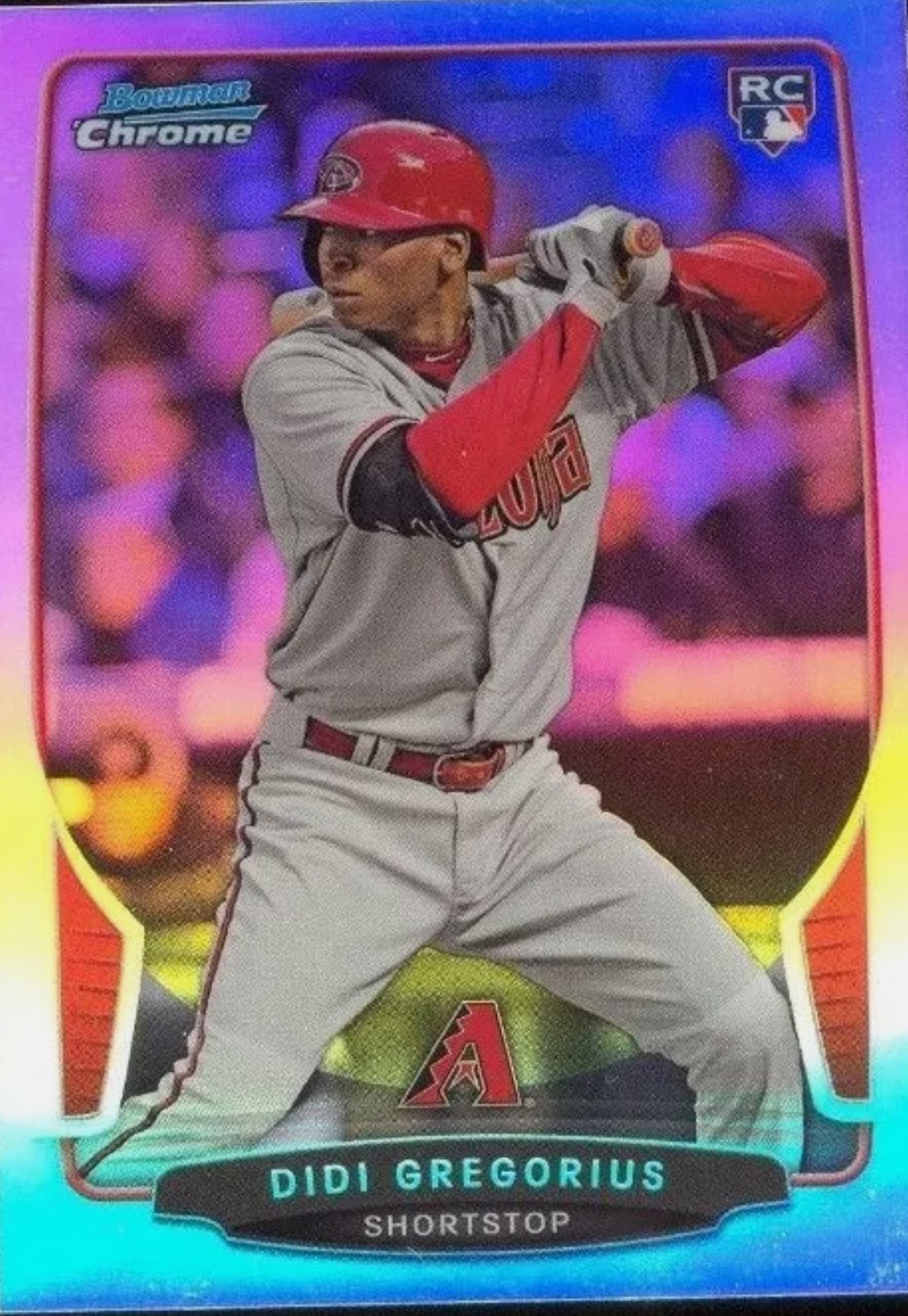 He would eventually be traded to the New York Yankees to replace the long time shortstop and Hall of Famer, Derek Jeter. 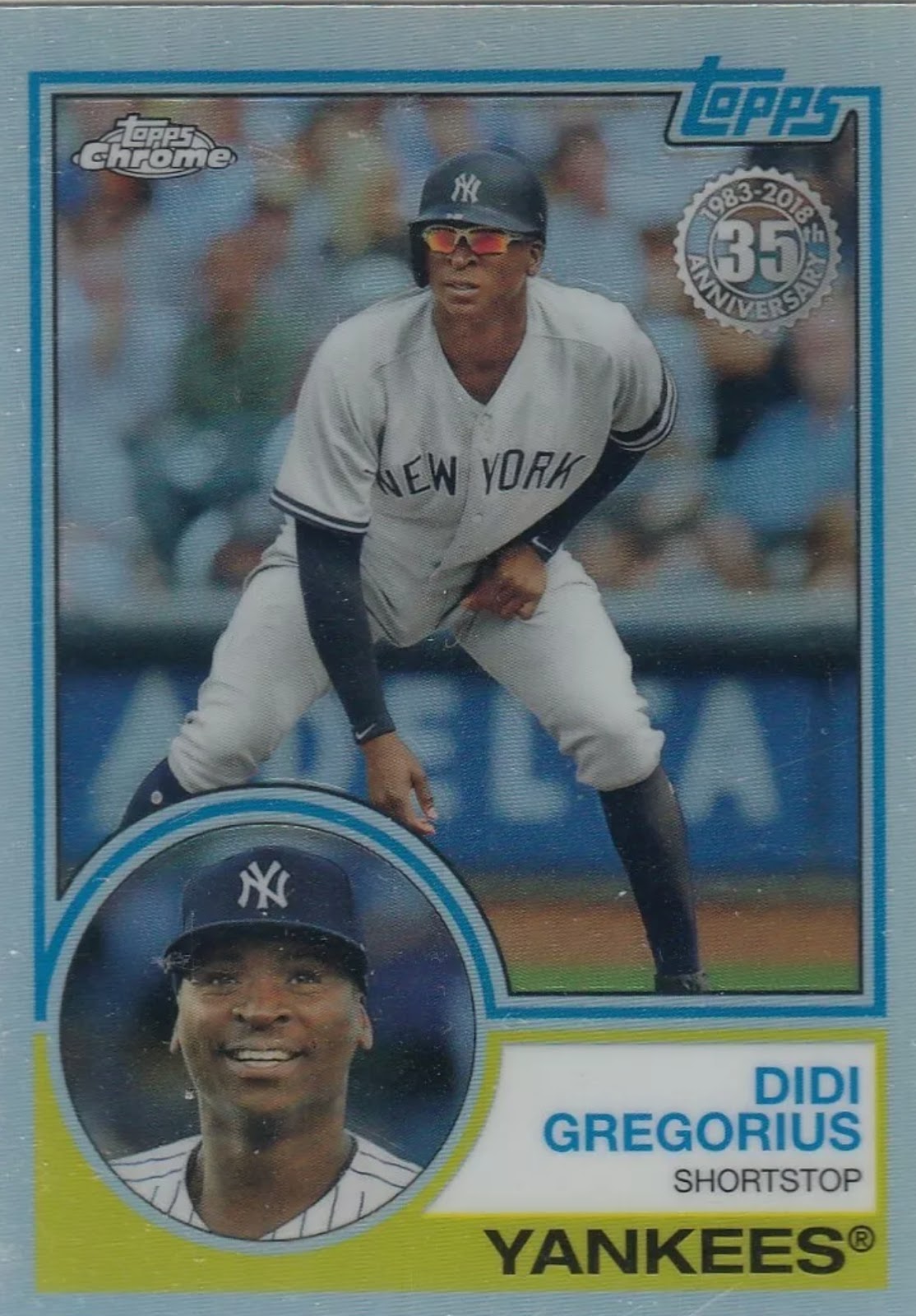 Didi stayed the shortstop for the Yankees through the 2019 season.  He hit 97 HR over 660 games for the Bronx Bombers. Cutch joined the Yankees during the August Waiver Trade Deadline 2018. 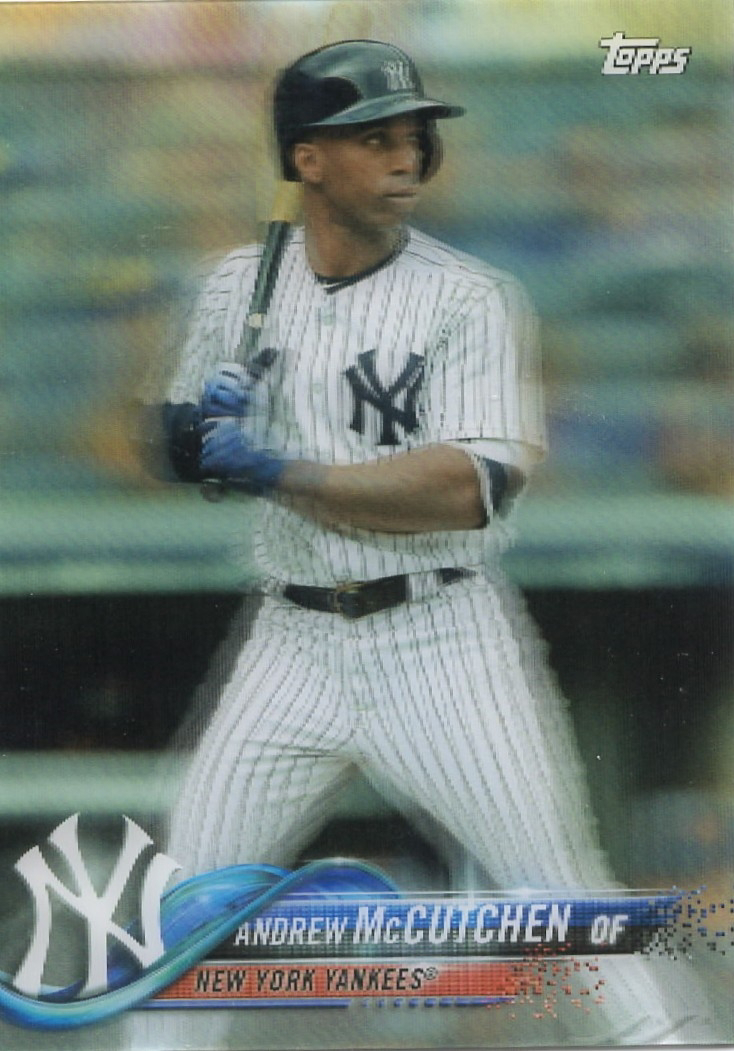 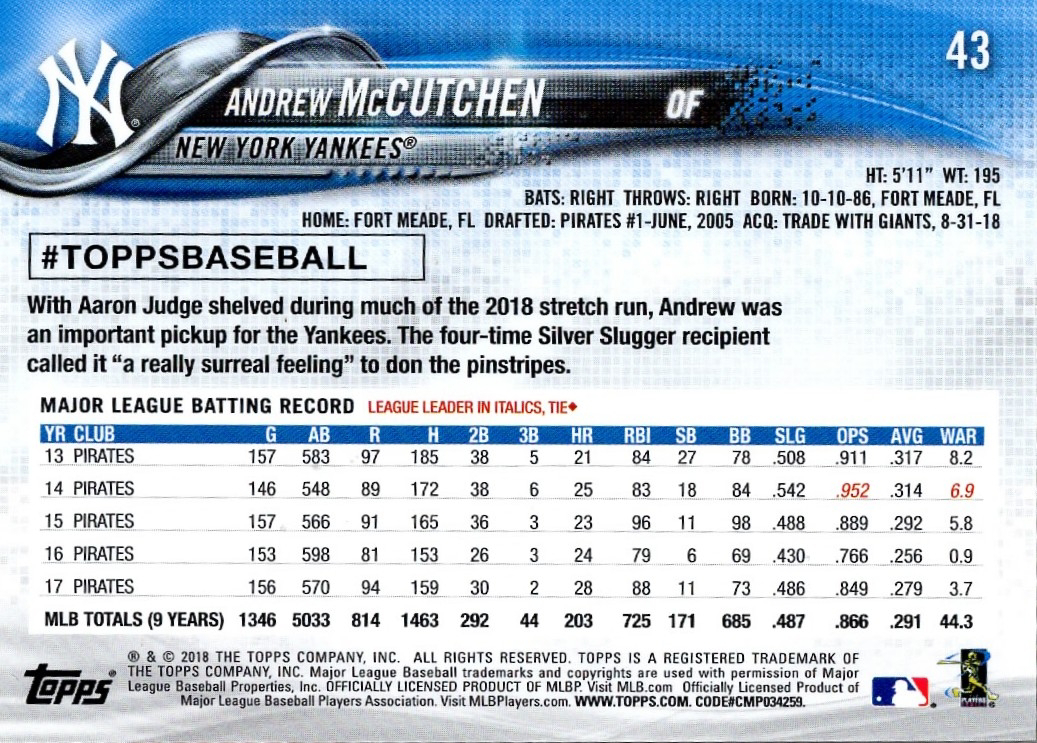 While there aren't any cards that feature Didi and Cutch pictured together on the same card from his Yankees days, Cutch does have a cameo on the front of this Topps Now Aaron Hicks' card 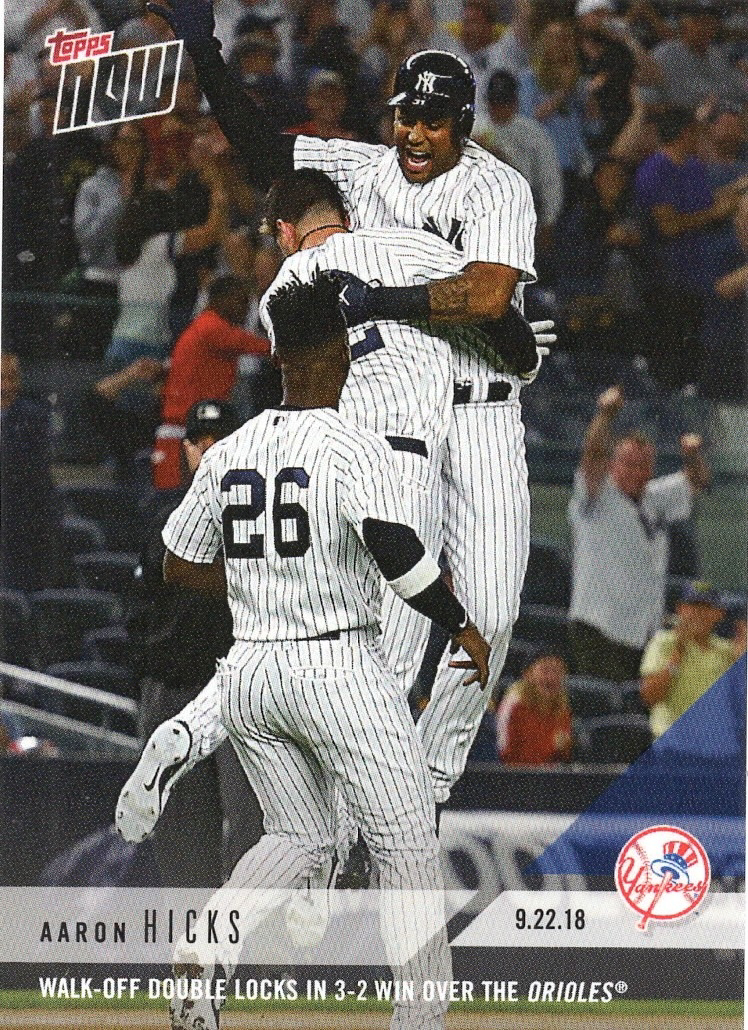 which mentions Didi Gregorious on the back of the card 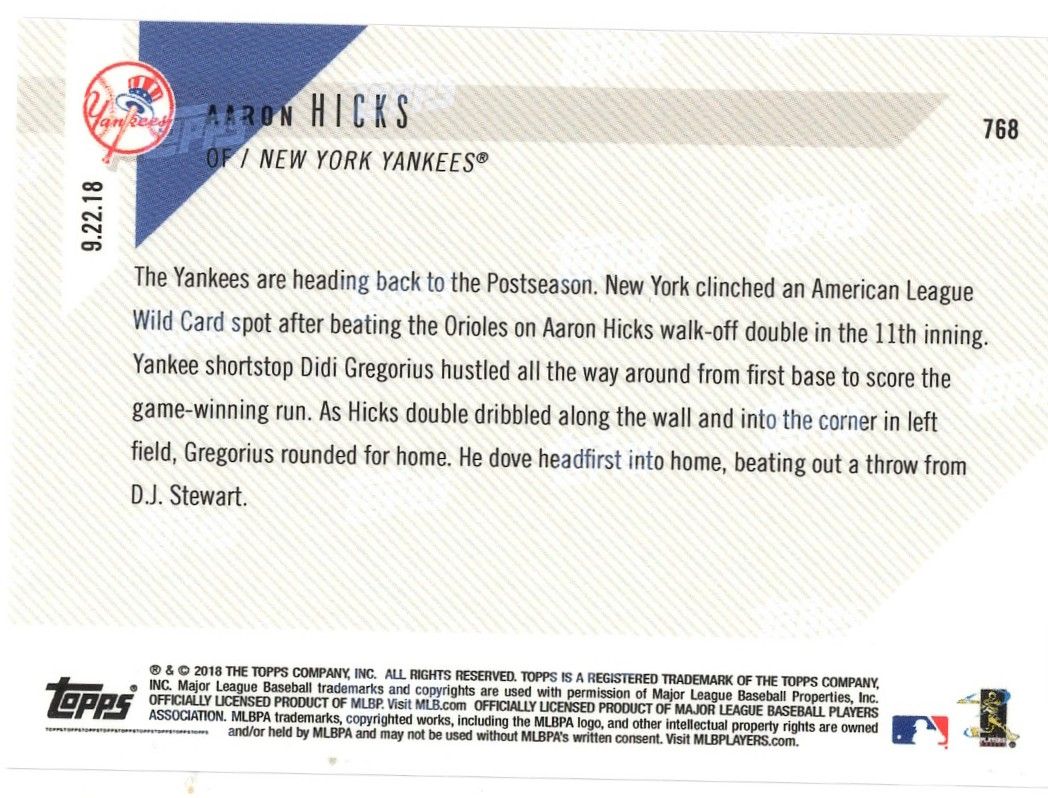 The Yankees won the Wild Card Game versus the Athletics, but would go on to lose in the ALDS to the eventual World Series Champions, Boston Red Sox. Following the 2018 postseason, Cutch signed a 3 year deal with the Phillies, allowing Cutch to play in the City of Brotherly Love through 2021. 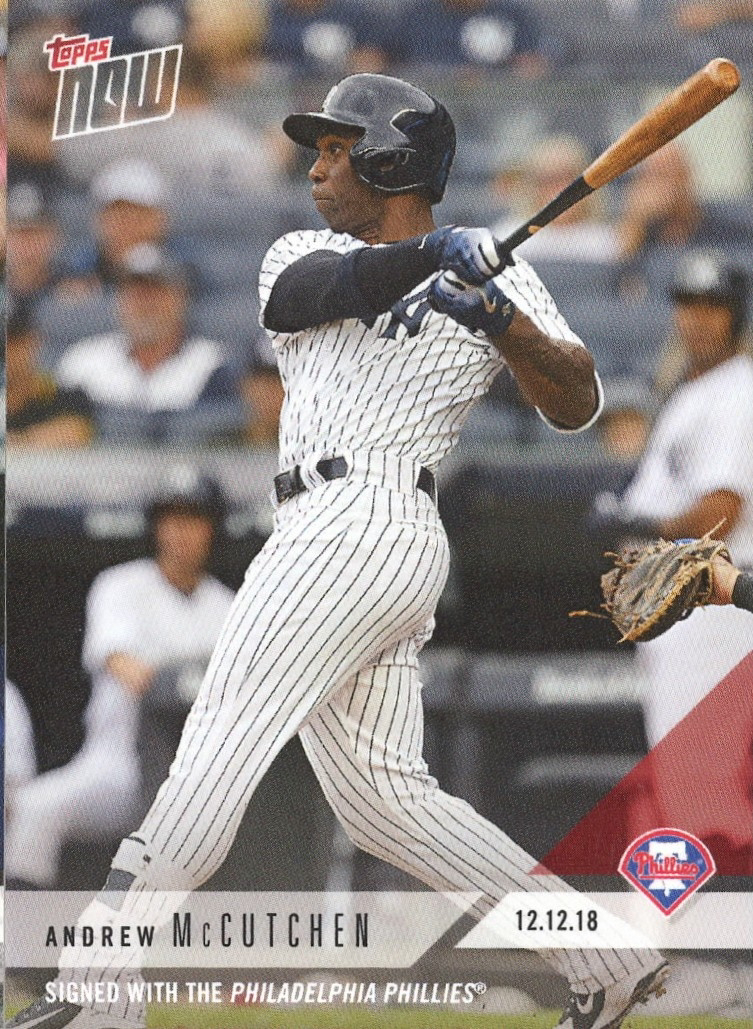 After a very good start to his Phillies career where he was leading the National League in walks prior to a season ending injury the 2020 season brought forward some more former teammates.
The Phillies signed former teammate, Didi Gregorious as their starting shortstop. 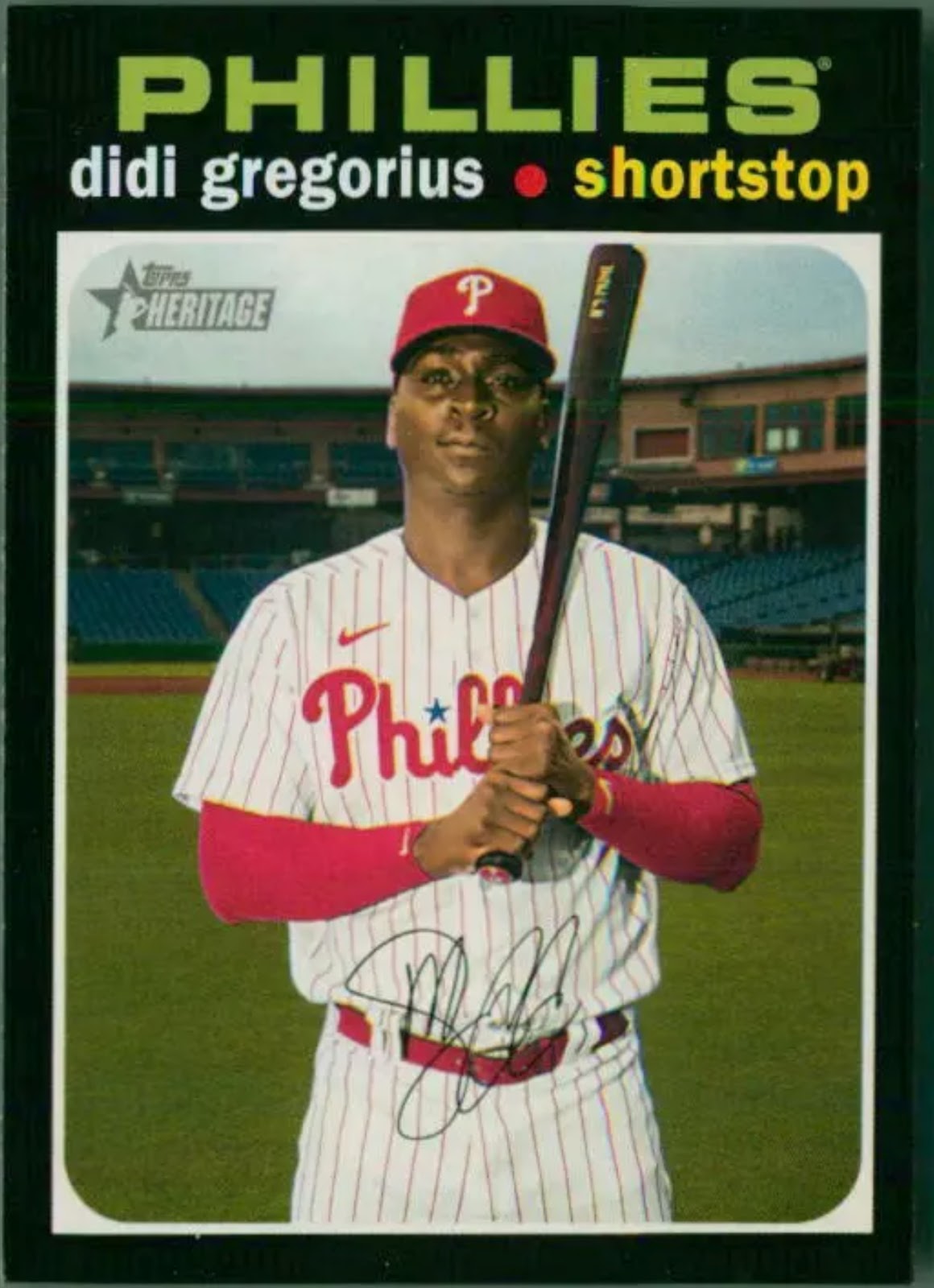 Didi had a productive first year with the Phillies in the shortened season of 2020 and it yielded him an extension with the club. 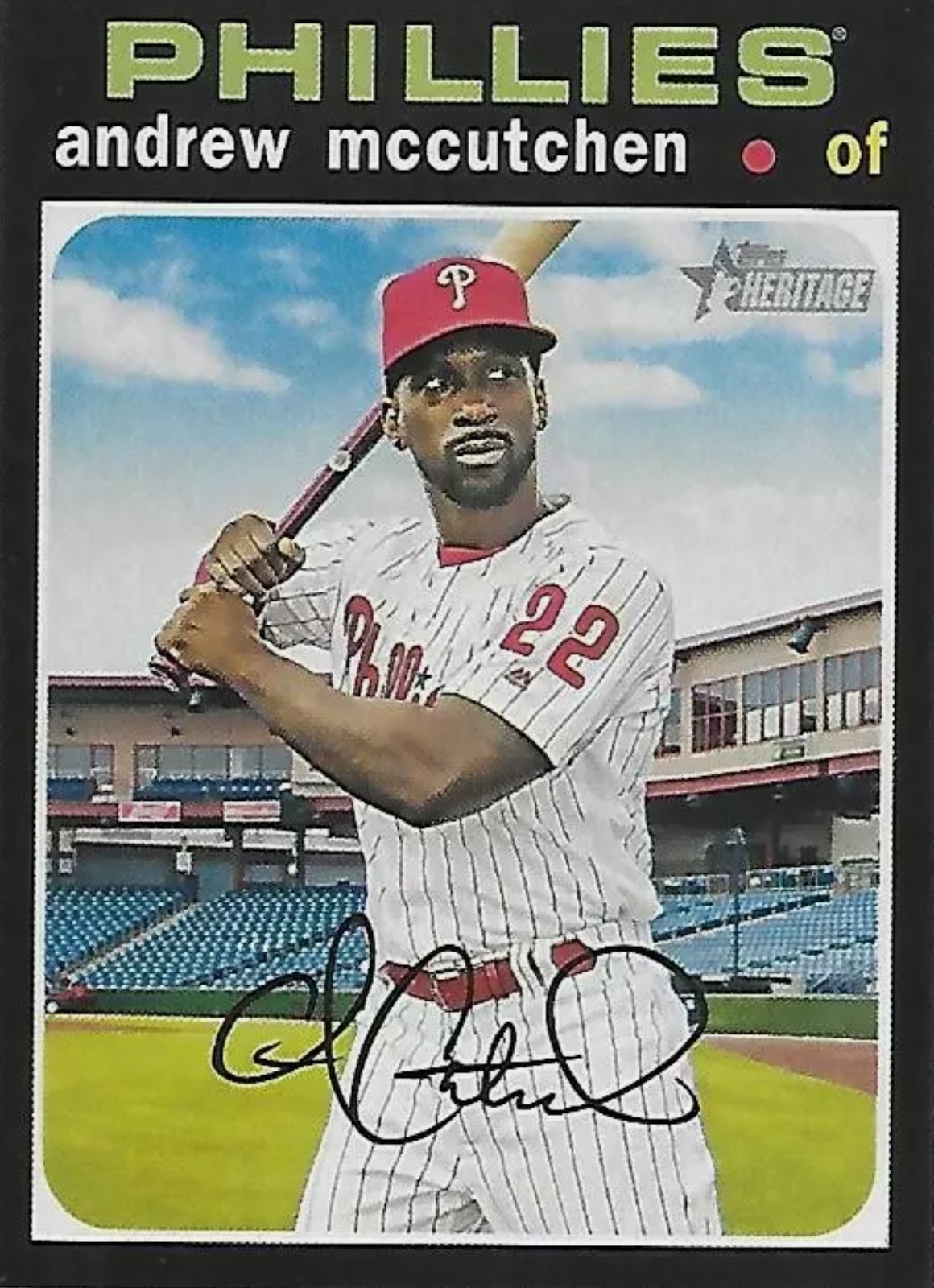 Didi's WAR by season while a teammate of Cutch
2018 WAR 4.9
2020 WAR 1.2
2021 WAR -.6
Check out this video by Stark Raving Sports that looks at why Didi Gregorious is the most interesting man in baseball today.  It talks about how he became knighted, his artistic abilities, and all the languages he is able to speak.  It really is a fun video.
Posted by Collecting Cutch at 9:00 AM