Dex and Cutch: A Tale of 2 Cities

Dexter Fowler was asked to play back more and was rewarded with excellent defensive metrics. His offense was his average annual results. Double digit HR pop, nearly 20 SBs, an average around .280, and a lot of runs scored.

Dexter's performance and clubhouse comradery led to him getting a five year $82 million deal that includes a No Trade Clause.

Andrew McCutchen was asked to play closer to the infield and that resulted in him being ranked the worse centerfielder defensively in the game. His offense took a turn for some career lows as the perennial MVP struggled early in the season with injuries and strike zone discipline.

Cutch's struggles resulted in many offseason rumors of the Pirates eagerly trying to move his 2 year $32 million contract.

Both players are roughly the same age. Cutch has more pop and Dex is the better baserunner. Both players play an average centerfield by the eye test.

I picked up a complete set of 2006 SAL prospect cards. Included in the set was some former prospects that never grew into their true potential (Gaby Sanchez, Jose Tabata, Austin Jackson, etc) It also included guys like Cutch and Dex.

It's hard to think of these guys as prospects ten years ago. 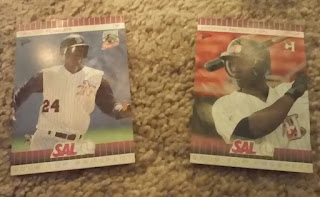 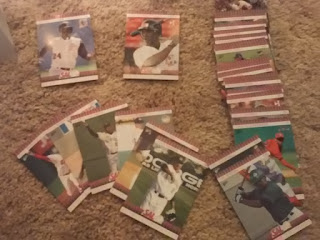 I think I have all of Cutch's minor league release cards. 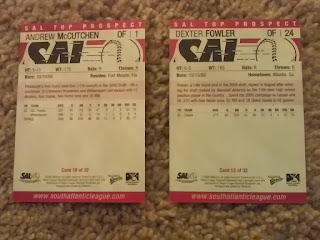 I really like when you guys leave comments and discuss cardboard, baseball, and life

Discussion starter:
For the player collectors out there, do you seek out minor league cards also?

If your job made a prospect card of you, would you have lived up to expectations ten years later
Posted by Collecting Cutch at 6:40 PM