Yesterday was Bobby Bonilla Day.  In case you are unfamilar with one of the Mets most famous contract fails, every July 1st since 2011, Bobby Bonilla receives a check from the Mets for a deferred contract he signed prior to the 2000 season.

Bonilla will earn over $23 million in interest for this contract negotiating having received his last payment at the age of 72 in the year 2035 a full 35 years past his last game played in a Mets uniform. 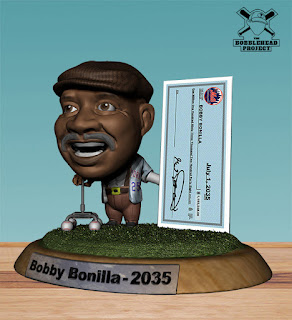 Bonilla was a 4 time All Star with the Pirates and served as a part of the team's resurgence in the early 90s with Barry Bonds and Andy Van Slyke.

After the 1991 season Bonilla left for free agency and signed with the New York Mets. 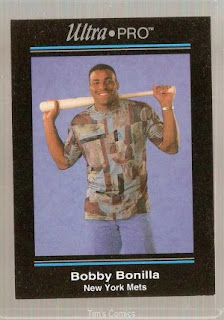 He would go on to have 2 more All Star appearances then would leave to join the Florida Marlins in 1997 and help them to their first World Series. 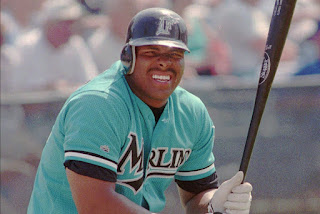 Bonilla would finish his career with stops in Baltimore, St. Louis, Los Angeles, Atlanta, and a second go round with New York before hanging up the cleats.  His career included 2,010 hits, 287 home runs, and 1,173 RBIs.  In addition to 6 All Star Games he also won 3 Silver Slugger awards.

He would go on to receive just 2 votes in his first and only year on the Hall of Fame ballot.

Normally I show the card first before giving the inside information, but that fake bobblehead is too perfect not to lead this post with.

Bonilla's name is mentioned on the back of this card. 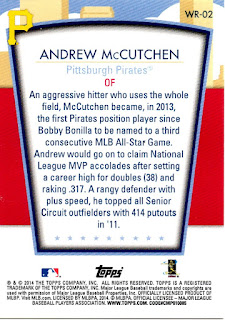 The card is from a 2014 All-Star Game Wrapper Redemption 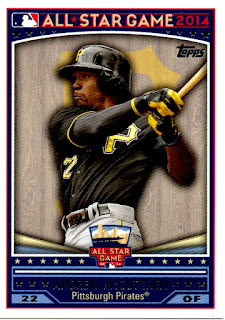 Posted by Collecting Cutch at 5:19 AM