We all know the story of Friday the 13th and how Jason Voorhees would slash and cut up his victims. I am in no way going to promote that. 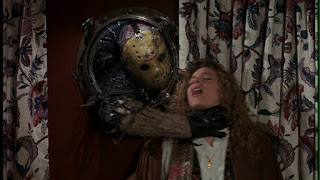 Instead I have this awesome Die Cut from 2013 called Cut to the Chase.  2013 was all about the "chasing" theme for Topps.  Many of their inserts had the word Chase in it and the flagship release had a chasing fact on the back. 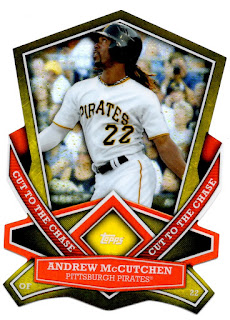 The back features a Thrill to Chase. 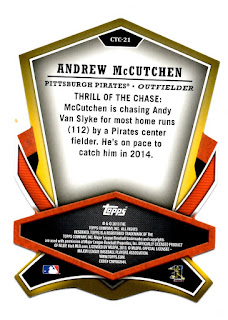 Cutch did in fact break Andy Van Slyke's record on June 11th 2014 when in the bottom of the 1st inning he homered off Cubs starter Jason Hammel to deep Left Field scoring Josh Harrison.
Posted by Collecting Cutch at 8:09 PM