Baseball is a game with a rich history.  It's been described as a thinking man's game and all the statistics, sabremetrics, analytics would help support that.

Sometimes though we forget about the history.

That's where the cardboard insider comes in.  The job of the Cardboard Insider is to reveal how my favorite player, Andrew McCutchen, connects to the game's rich history.

I have to be completely honest, prior to looking at the back of this card, I had never heard of Charlie "Piano Legs" Hickman. 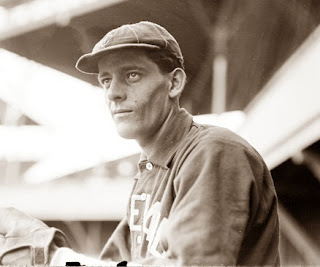 Why am I bringing up Charlie Hickman on a blog about Andrew McCutchen? 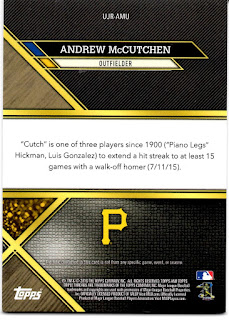 Because Hickman, Luis Gonzalez, and Andrew McCutchen are THE ONLY PLAYERS IN THE HISTORY OF THE GAME to extend a hit streak to at least 15 games with a walk off homer.
(The front of the card will be shown at the bottom along with a recap of the game)

Considered to be a utility player, Piano Legs was one of the original pitcher/hitter players.  Playing before Babe Ruth and Shoehei Otani, Ol'Piano Legs hit 59 homeruns and won 10 games in his career. 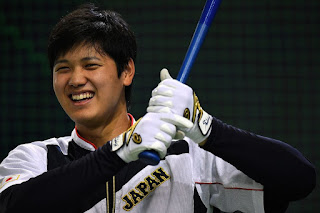 Take that Shohei!!!  I wonder what his "Piano Legs" Bowman Bubblefractor Autos would have sold for.

Luis "Gonzo" Gonzalez might be one of the most underrated players of the 90s and early 2000s.
In addition to having the most memorable hit in Diamondbacks history, Gonzo also accumulated 51.5WAR, 5 All-Star appearances, and is on a who's who list of players with over 300HR/300SB, 500 doubles, 2500hits.  That list is pretty exclusive and includes names like Bonds, Mays, Rodriguez. 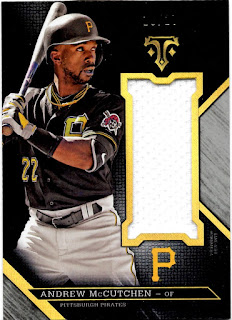 Do you ever look on the back of cards and see a name you have never heard of?
If so, do some research and you may find it very interesting to learn more about the history of the game.
Posted by Collecting Cutch at 5:28 PM