Today We Celebrate our Independence pt2

Independence Day was one of my favorite sci-fi movies of all time.  Obviously the concept of the movie had no real links to the original day of independence.

One of the best new parallels to appear in Topps flagship this year is the Independance parallels numbered to 76 copies to commemorate 1776, when America was truly declared as the United States of America. 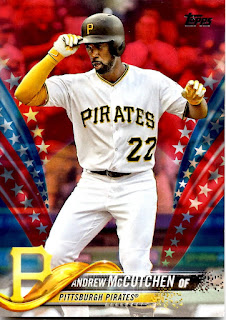 I am still in search of some of the other parallels for this card, but this is by far one of my more favorite cards in recent years to feature stars and stripes.

I would much rather get a cool parallel background like what you see above instead of the traditional manupatches Topps has done in the past.

Case in point, the version you see below.... 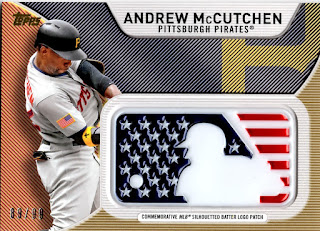 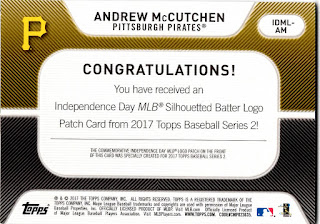 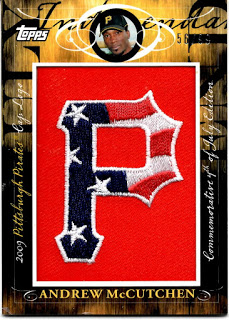 Posted by Collecting Cutch at 6:57 AM