Last night on Shark Week actress Ruby Rose appeared.  She is starring in the new shark movie, The Meg that releases August 10th. 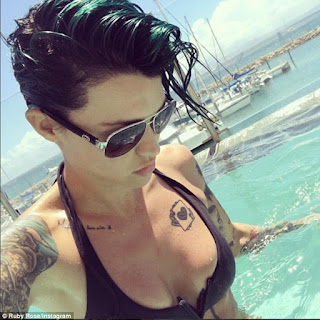 As silly as the concept may be for a dinosaur sized shark attacking the oceans I can't deny my joy and excitement I have for this movie.  Then again I just love shark movies. 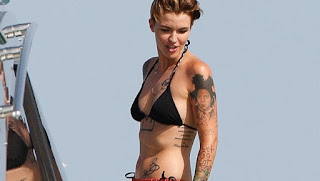 I also have a weird love for hot girls with tattoos. 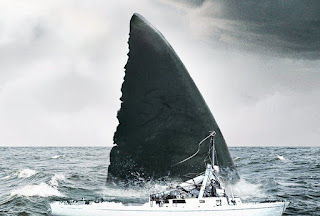 So what kind of cards do I have that can tie together my love of Andrew McCutchen baseball cards with an upcoming shark movie starring Jason Statham and Ruby Rose?

How about two baseball cards produced by Topps?

First up the Ruby parallel numbered to 1/1 from 2016 Triple Threads. 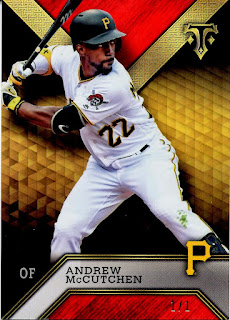 Then a 2017 Topps 1987 Rose parallel numbered to 25 copies. (This card will make another appearance in October as part of the SaveTheBoobies pink Breast Cancer Awareness feature I do.) 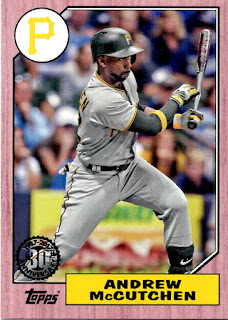 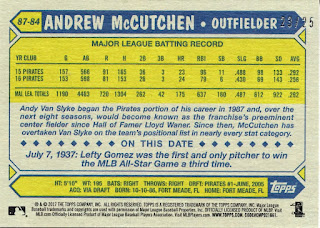 I hope for those Finatics out there you are all enjoying Shark Week. I know I am.
Posted by Collecting Cutch at 8:33 PM