The long awaited inevitable realization for Orioles fans came to fruition Tuesday night when news broke at the All Star Game Manny Machado would be heading to the LA Dodgers.

This isn't the first time the Dodgers acquired a Manny though. In 2008 they traded for Manny Ramirez from the Red Sox in a deal that sent Jason Bay to Boston. 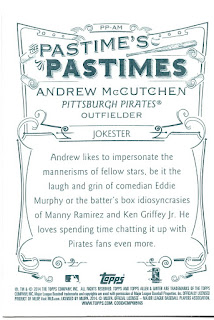 Allen & Ginter released this week.  Keep me in mind for ANY Cutch Ginter cards you may come across. 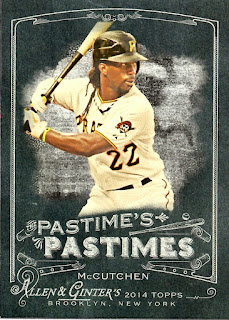 I know a lot of people break a box or more of Ginter and there are some nice Cutch cards I wouldn't mind trading for.  The 2014 Pastime's pastimes insert is still one of my favorite inserts of all time from Ginter.  I just love that black border chalkboard look.
Posted by Collecting Cutch at 9:13 AM