On Saturday night at 1130pm a grail card was ending on eBay being sold by PWCC Vault and it was already graded as a PSA9.
PSA, 1/1, and PWCC tend to be a mix for very high sales Now when I say grail card, I literally mean THE CARD that any Andrew McCutchen fan would want to own.
Above is the Superfractor 1/1 from Andrew McCutchen's Bowman Chrome draft year (1st Bowman) 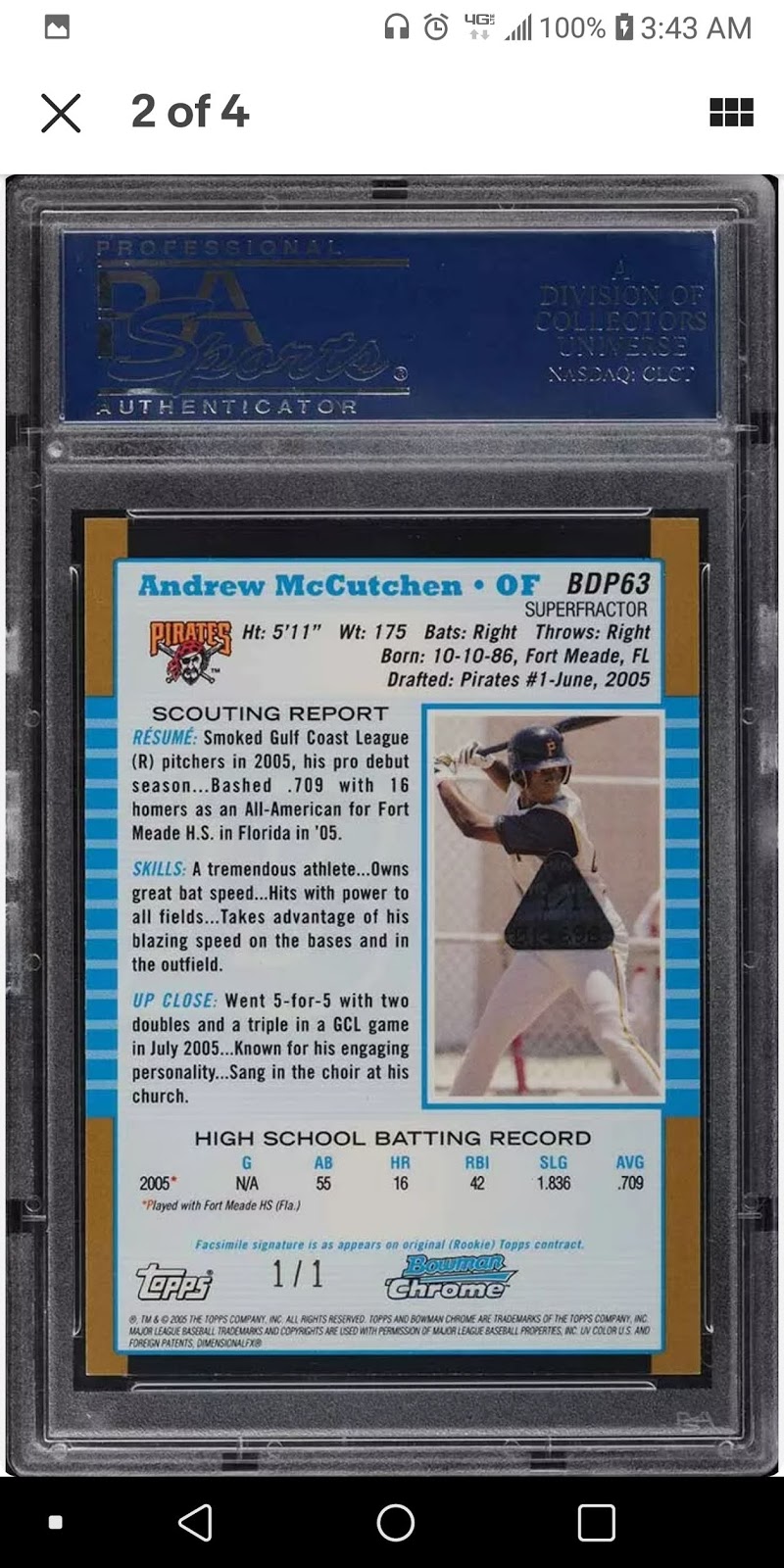 Would it be nice to add such a legendary card to the collection? You bet your ass it would have been awesome.
6 months ago, I probably would have gotten into a bidding war for it even though it is being sold by PWCC who is known to be involved in graded trading card scandals over the past few years. 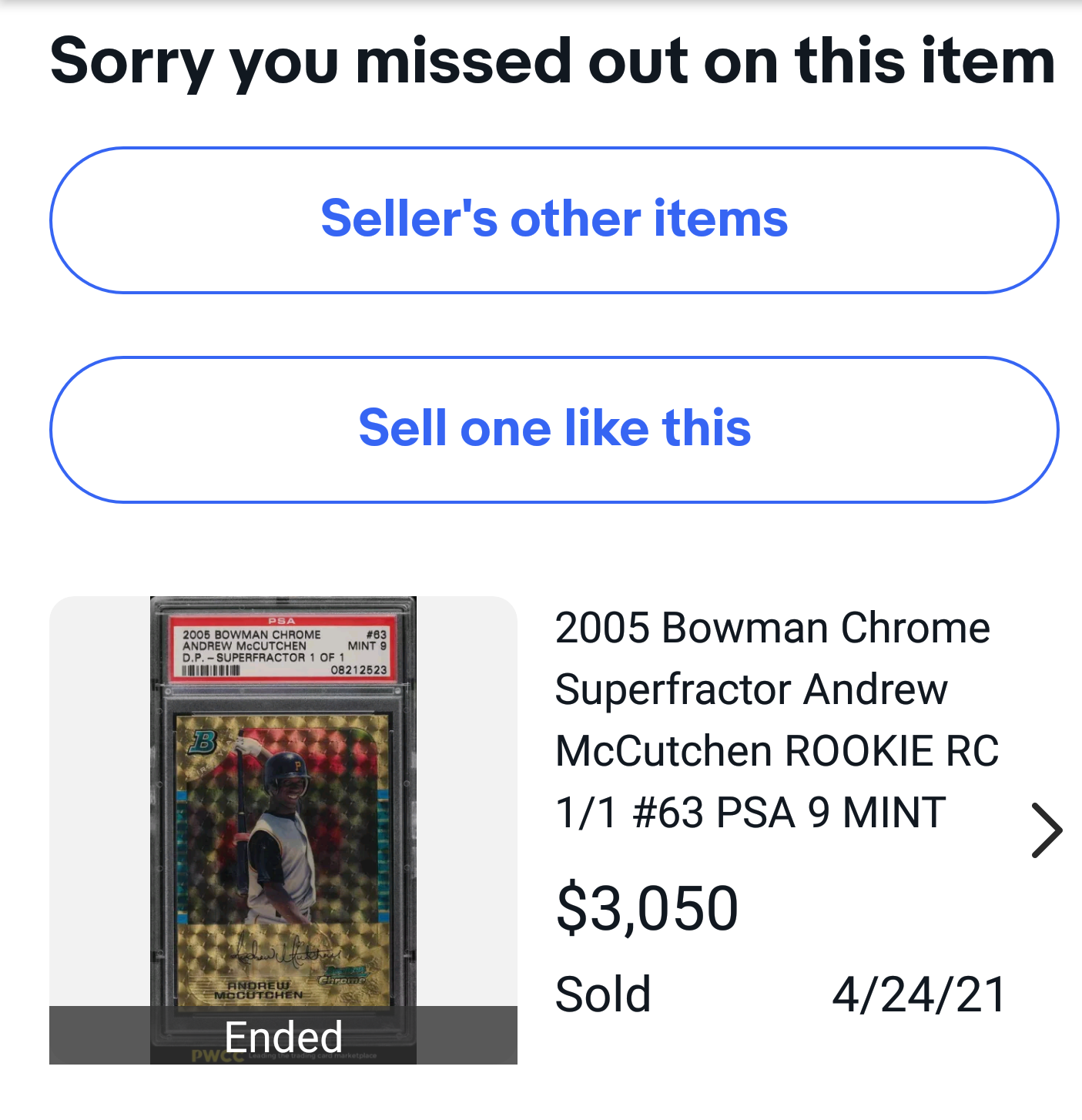 Not today though
Because here's the thing...
as I was packing and preparing to move I came to a very zenful moment regarding my collection.
I'm at peace with my Cutch PC.
I have acquired over 3,000 unique cards of Cutch including over 20 1/1 cards that use the Superfractor technology (this includes Bowman Platinum Foilfractors and Panini Gold Vinyl cards)
In addition to those Superfractors (and similar style technology) I also have the 2005 Bowman Chrome Draft Red Refractor, which just happens to be a 1/1 also.  I wrote about it just over a year ago here. 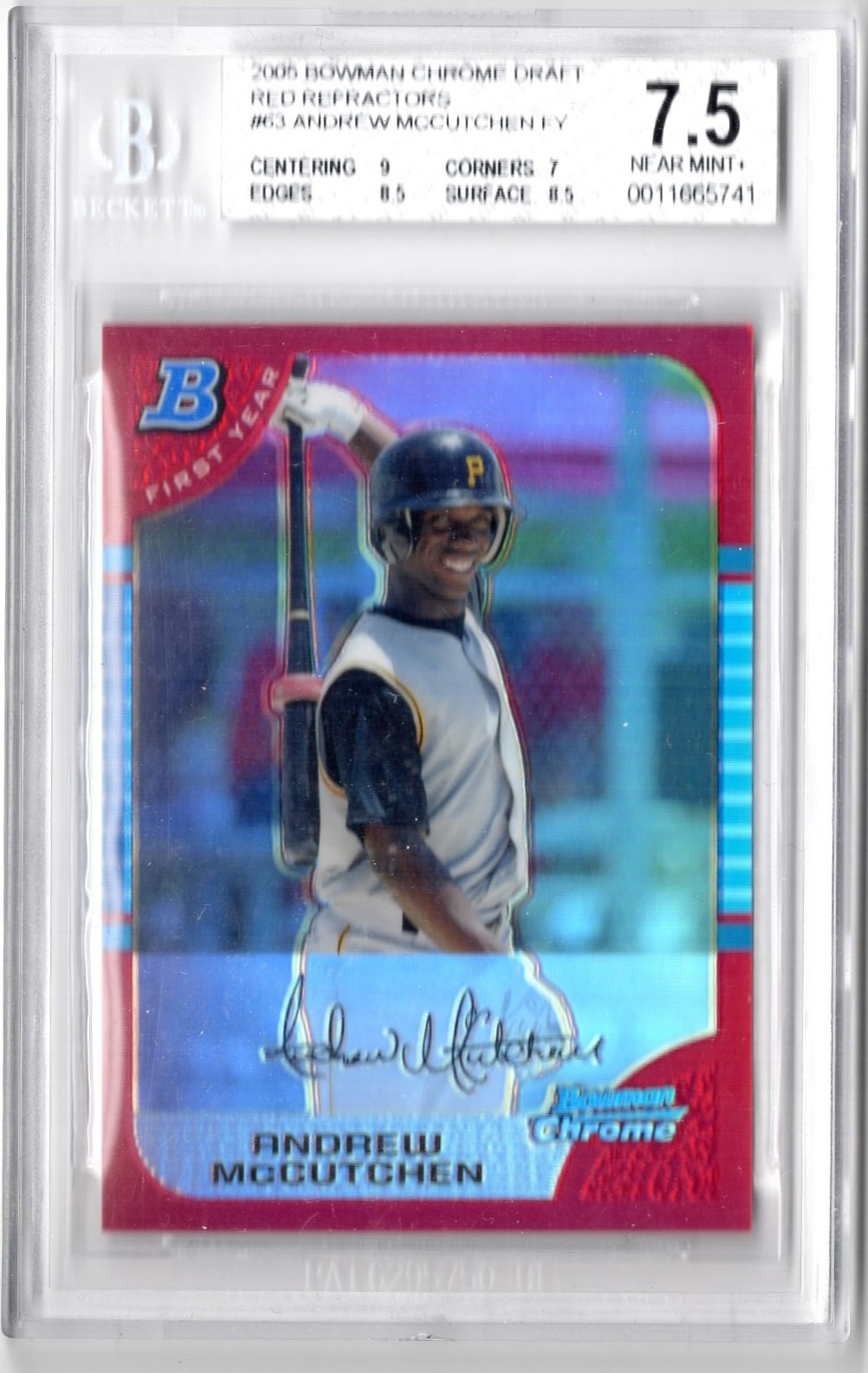 The 2005 Bowman Draft Chrome release had 6 1/1s available for each card produced when you take into account the 4 printing plates, Superfractor, and Red Refractor.   Having bought the red 1/1 for 10% of the Superfractor is fine with me.  I don't need to drop THREE GRAND on a card to prove I have the best McCutchen collection, grail card or not.
That doesn't mean I won't be adding new Cutch items to the collection.  I am most definitely not done CollectingCutch.
I'm just changing my mindset on how I am going about adding new things to the collection and the prices I am willing to pay.  I got more of an adrenaline rush adding the foul ball hit before his EPIC walkoff homer in 2018 than any 1/1 Superfractor could bring.
Card prices are stupid right now and that's why I'm changing it up a bit
I will share a top 10 list soon...
Posted by Collecting Cutch at 5:17 AM