Return of The King: Save The Boobies Event Begins Monday

My annual Save The Boobies Event begins Monday October 1st.  There is still time to enter my contest, which can be found here.  I have been buying cards and drafting posts for this month for almost a year.

With 1 of every 8 women being expected to get breast cancer, it is important that we fund a cure and remember what we are looking to save.

I had shown Hunter King last year so I can't show a card I own and reference her this year. 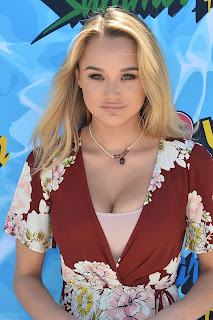 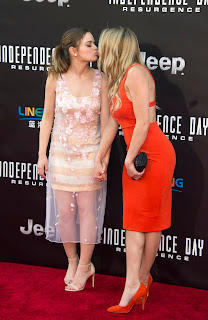 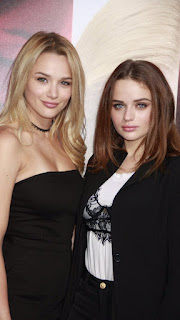 Joey is the shorter darker hair younger sister who has appeared in several tv shows including the Flash and also appeared in the teen comedy The Kissing Booth.

She was a total bitch in the documentary style movie, A Girl Like Her (currently available on Netflix).

That looked like a fun show, but I have no idea what it is from.

That looked fun too.

Oh and so does this Diamond KING

Much like Hunter King, I can't seem to get my hands on this King though.  The 2018 Donruss Diamond King #24 pink Mother's Day ribbon /25 has gotten away from me too many times. 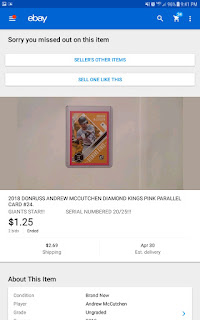 The $1.25 losing bid is the one that hurt the most.  I rember putting in a "feeler bid" but completely forgot to watch it when it was ending and needless to say I was VERY frustrated to see I lost. I will be posting a recap of all the wants for pink cards I still have after the month is over.

Don't forget though to leave comments on which pop culture women you want to get posted this year.  I have about a dozen posts ready to go, but always am looking for more inspiration.

And most importantly don't forget to leave a comment who you think will hit the first double in this year's World Series for a chance to win some great prizes.  Rules and entry for the contest can be found here.
Posted by Collecting Cutch at 5:29 AM