The Orioles and Pirates have similar pasts.  Long runs of futility followed by brief periods of success.  Outstanding clubs in the 70s.  And two of the greatest shortstops to ever play the game.

They also had two of the premiere players in the game both heading into free agency after the 2018 season. 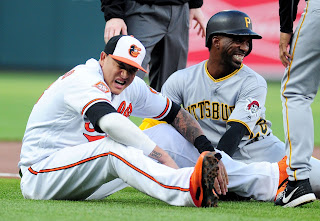 The Pirates maximized their return on Cutch by bolstering their outfield depth by adding prospect Bryan Reynolds and getting a key back end of the bullpen arm in Kyle Crick.

The Orioles took one of the Dodgers top prospects in a July trade and look to be in full on rebuild mode.

The Pirates finished 3 games above .500.
The Orioles secured the worse record in baseball.

I don't have any cards of Manny Machado with Andrew McCutchen, but Cutch's greatest game in his Pirates career was against Manny's Orioles in Cutch's final Pittsburgh homestand back in 2017. 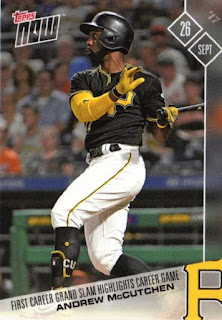 Cutch always had a flare for the dramatic. 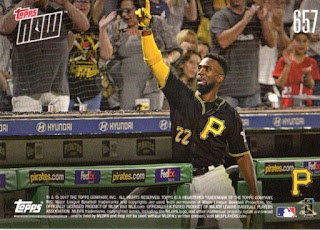 His last All-Star at bat had him rounding 3rd base after he hit a homer and passing by Manny Machado too. 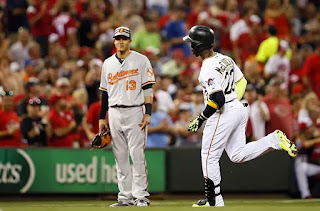 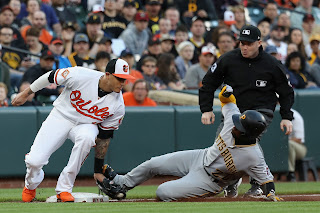 One time Cutch slid aggressively into 3rd base and made Manny have to leave the game early. 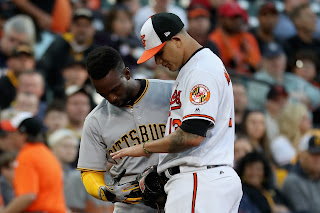 Maybe they will be teammates in Philadelphia? 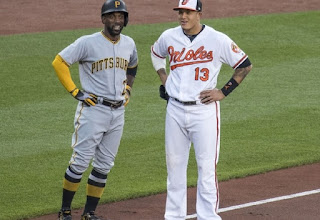 Time will tell...
Posted by Collecting Cutch at 6:59 PM