I have always been a fan of framed Museum quality cards.  They are heavy and look like true pieces of art.

Topps Transcendent was released about a month ago and featured a box value of nearly $25,000 each.  Included within the box was an invitation to meet Mike Trout along with 50 autographed cards.  Only 83 boxes were produced.  Among some of the autograph subjects were Hall of Famers, Fan Favorite Legends, Young Stars, and of course Veteran Stars.

This was the first extremely high end set that Cutch had ever signed for.

And the cards look awesome!!!!!

There are two different versions to chase. 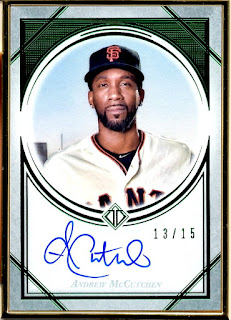 I have grabbed the emerald vertical numbered to 15. 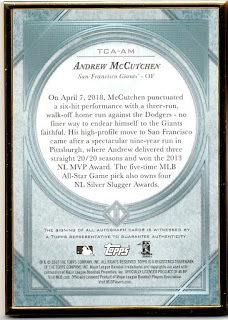 In addition I have gotten the "base" version of the horizontal numbered to 25 copies. 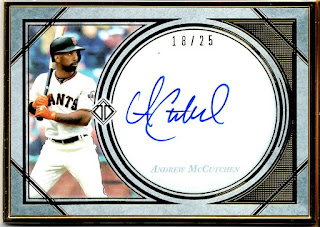 I think I like this version more as it provides an in game photo. 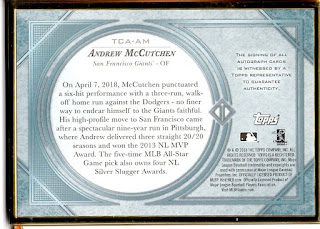 Where were these cards when Cutch was a member of the Pirates?

Posted by Collecting Cutch at 8:58 AM