Since it is a week to go before Saint Patrick's Day, I thought it would be fun to celebrate in a very Irish way.  Leading up to St. Patty's day I have a few special Irish and drinking themed posts planned.  You can revisit all my previous years St Patrick's posts by clicking here. 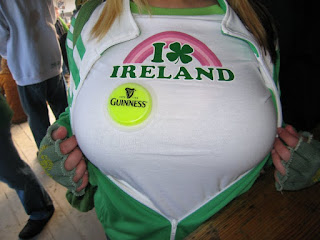 What better way to celebrate baseball and an Irish themed holiday than talking about former big leaguer "Irish" Meusel.
Emil Frederick Meusel was born in 1893 and was given the nickname Irish for his heritage.
Irish played with four teams over his career (Brooklyn Robins, New York Giants, Washington Senators, and Philadelphia Phillies).  Of those teams, only one exists in it's original city and team name, the Philadelphia Phillies.
During the 1921 season, Irish was traded from the Phillies to the New York Giants and with his high batting average he helped the Giants overcome a 7.5 game deficit to win the National League Pennant over the Pittsburgh Pirates.  The Giants would face off against the New York Yankees in the 1921 World Series and the brothers Meusel would battle each other in the series.
The New York Giants and Irish Meusel would go on to win the Championship and defeat Bob Meusel's Yankees.
Irish helped the Giants win 4 more pennants and helped the Giants to another World Series Championship in 1922.  He compiled 202 hits and 132 RBI in 1922.  The next year he would lead the league in RBI (125).  He would play only a few more seasons, getting MVP votes in 1925 for his 21 HR and 111RBI performance while batting .328.  His final season was his age 34 season for the Brooklyn Robins.
Irish Meusel had a career batting average of .310 over his 11 year career.

To celebrate the name "Irish" Meusel and recognize his breakout performances 100 years ago with the Philadelphia Phillies as their left fielder, here are my serially numbered 3/10 Phillies cards of their current left fielder.  It's only fitting that today is 3/10 as well. 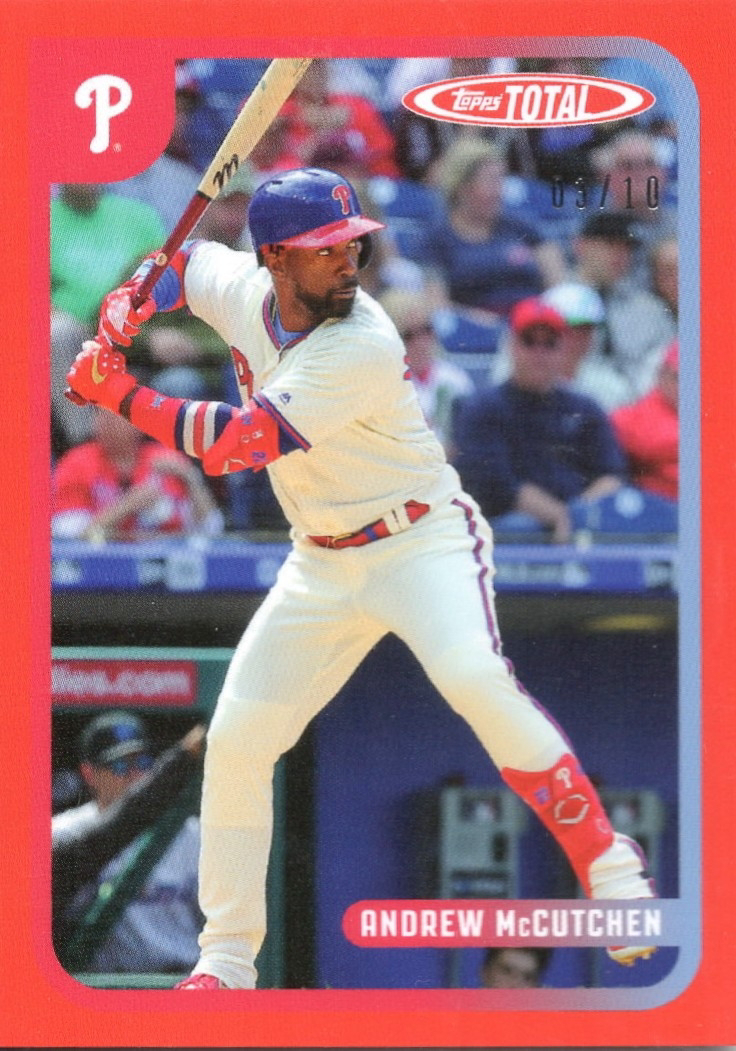 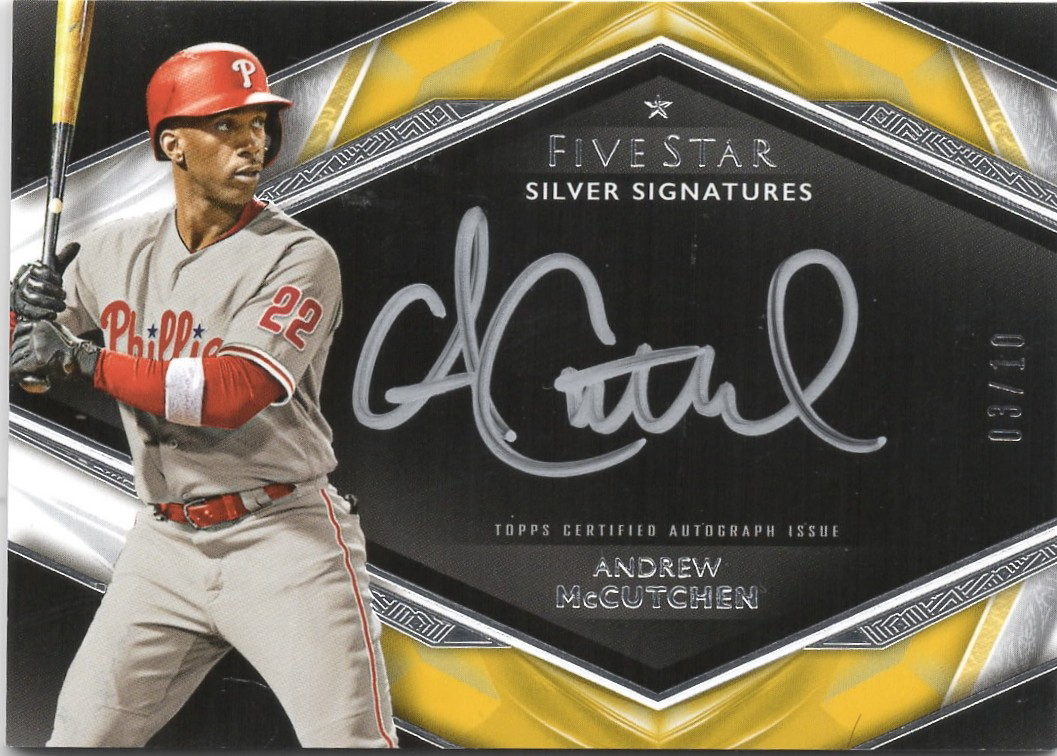 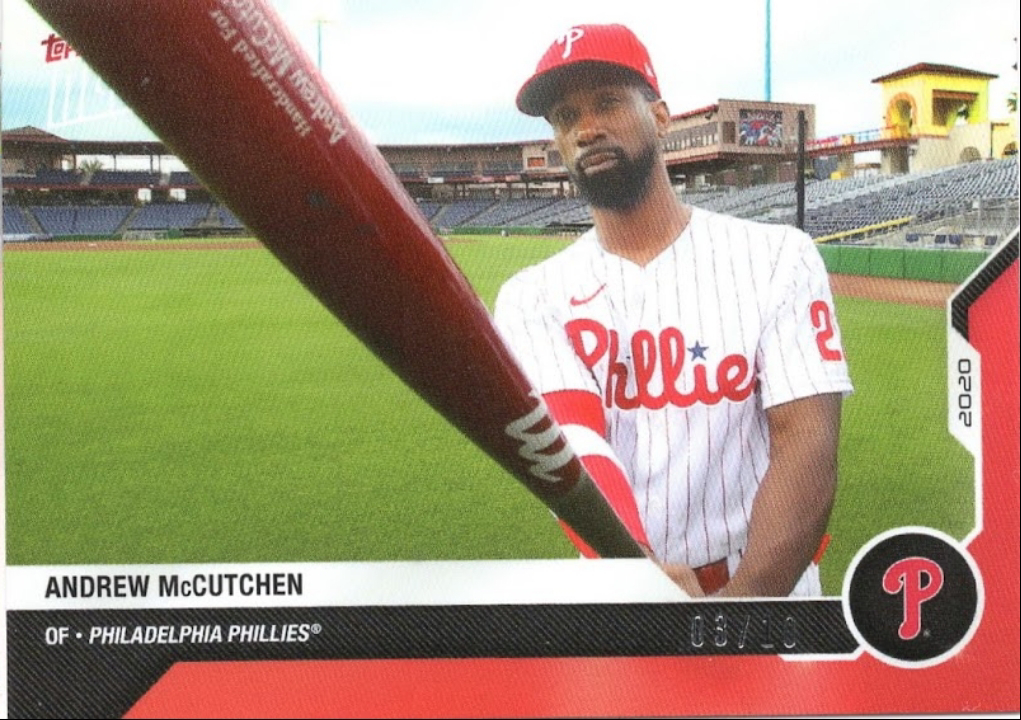 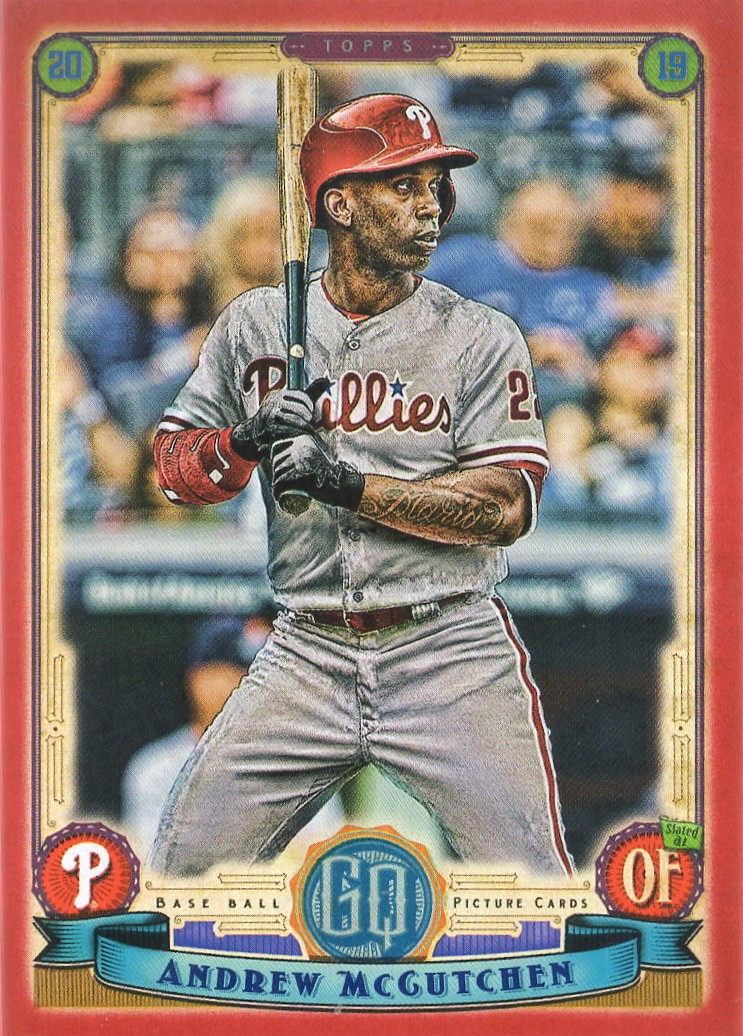 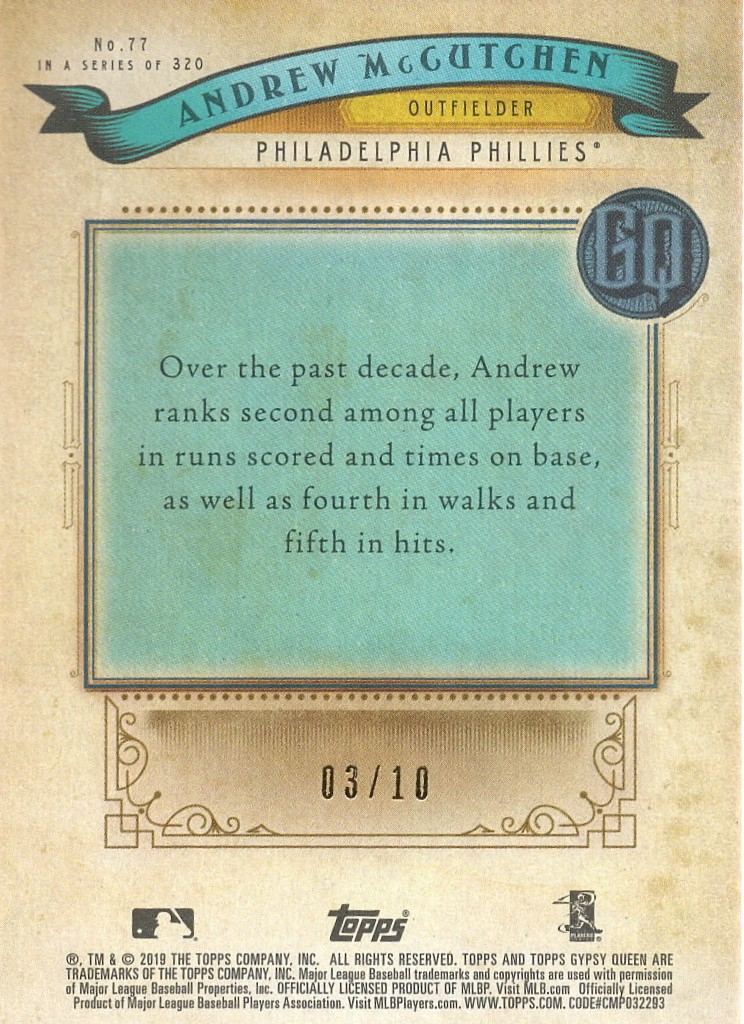 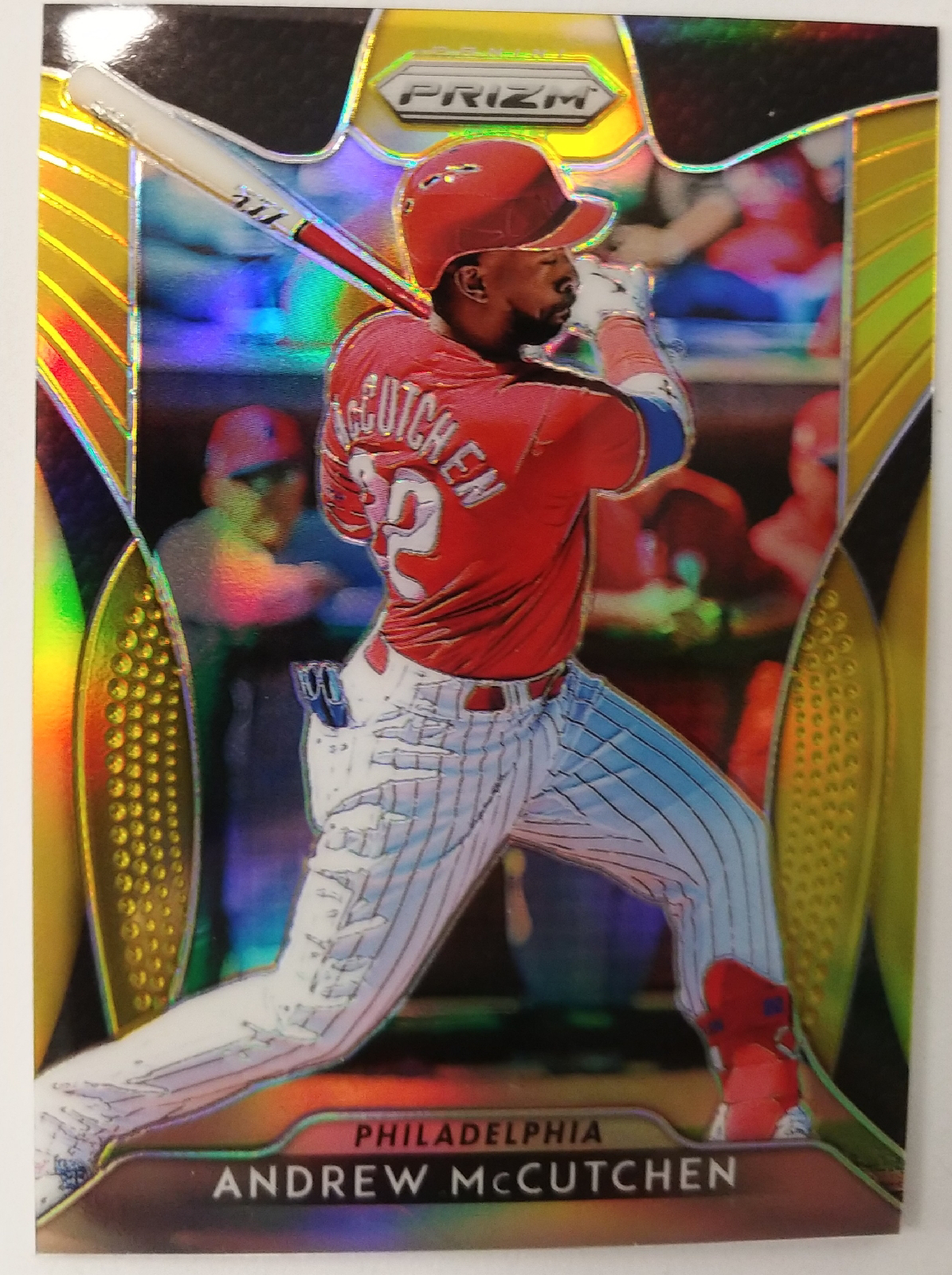 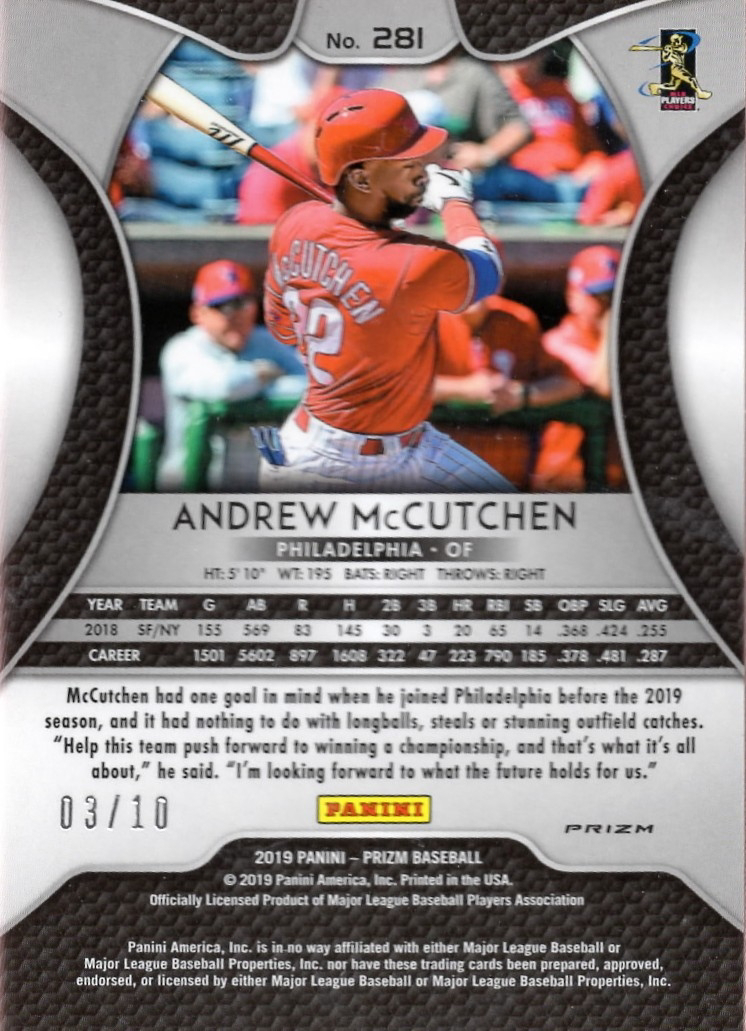 What are your St. Patrick's Day plans?
Do you have any suggestions for a St. Patrick theme post that I can make over the next week?
Posted by Collecting Cutch at 6:20 AM