Playing In a Beer League

Continuing the theme of drinking and St Patrick's Day is a look at the only ballpark currently named after an alcoholic drink.
I am talking about Busch Stadium, home of the St. Louis Cardinals. 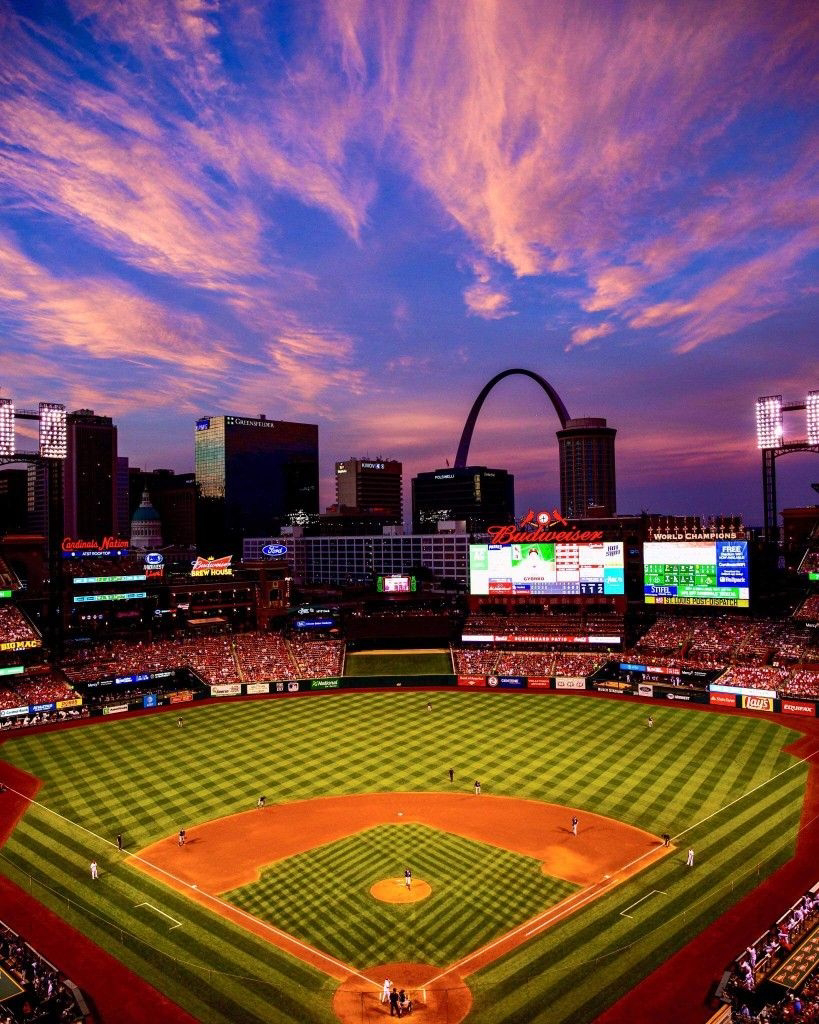 The ballpark is named after the Anheuser-Busch Brewing company from St. Louis Missouri, distributor of such famous brands like Budweiser, Stella Artois, and Beck's.  Anheiser-Busch also helps to distribute brands like Landshark, Shocktop, and Michelob Ultra.
The Pirates and Cardinals had some pretty memorable games between 2012 to 2015 when both teams were competitive, battling for the NL Central title. Oddly enough the largest attendance for a baseball game played at Busch Stadium was on Mother's Day 2019 when the visiting Pittsburgh Pirates came to town.
At the forefront of those competitive teams was a perennial MVP candidate, Andrew McCutchen.
In 66 Games Started at Busch Stadium, Cutch has a .275/.353/.408 triple slash line with 6 HR and 28 RBI over 262 at bats. 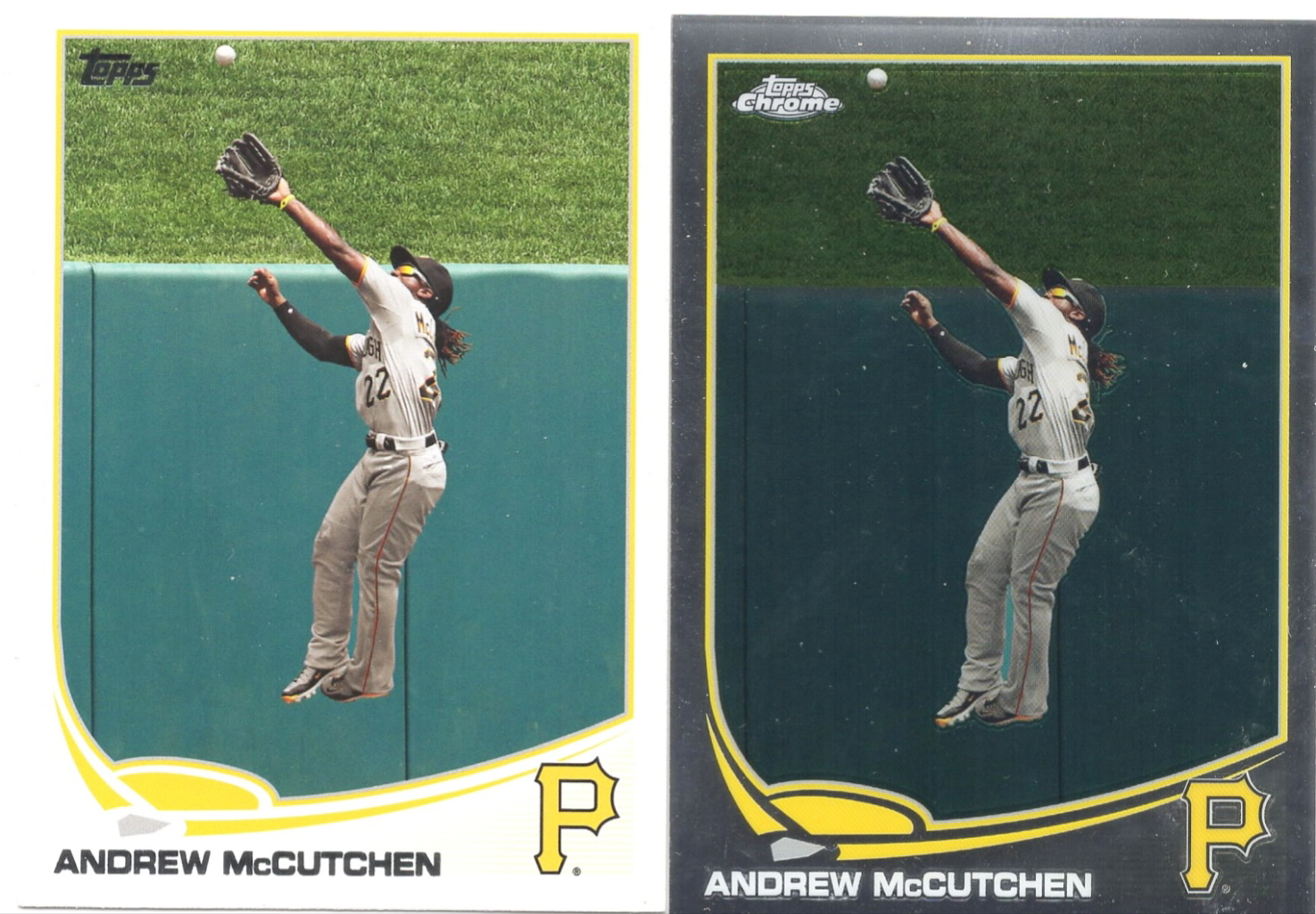 The cards pictured above are both short prints from 2013 Topps and 2013 Topps Chrome respectively.
Here is the original image used for this card, found on getty images 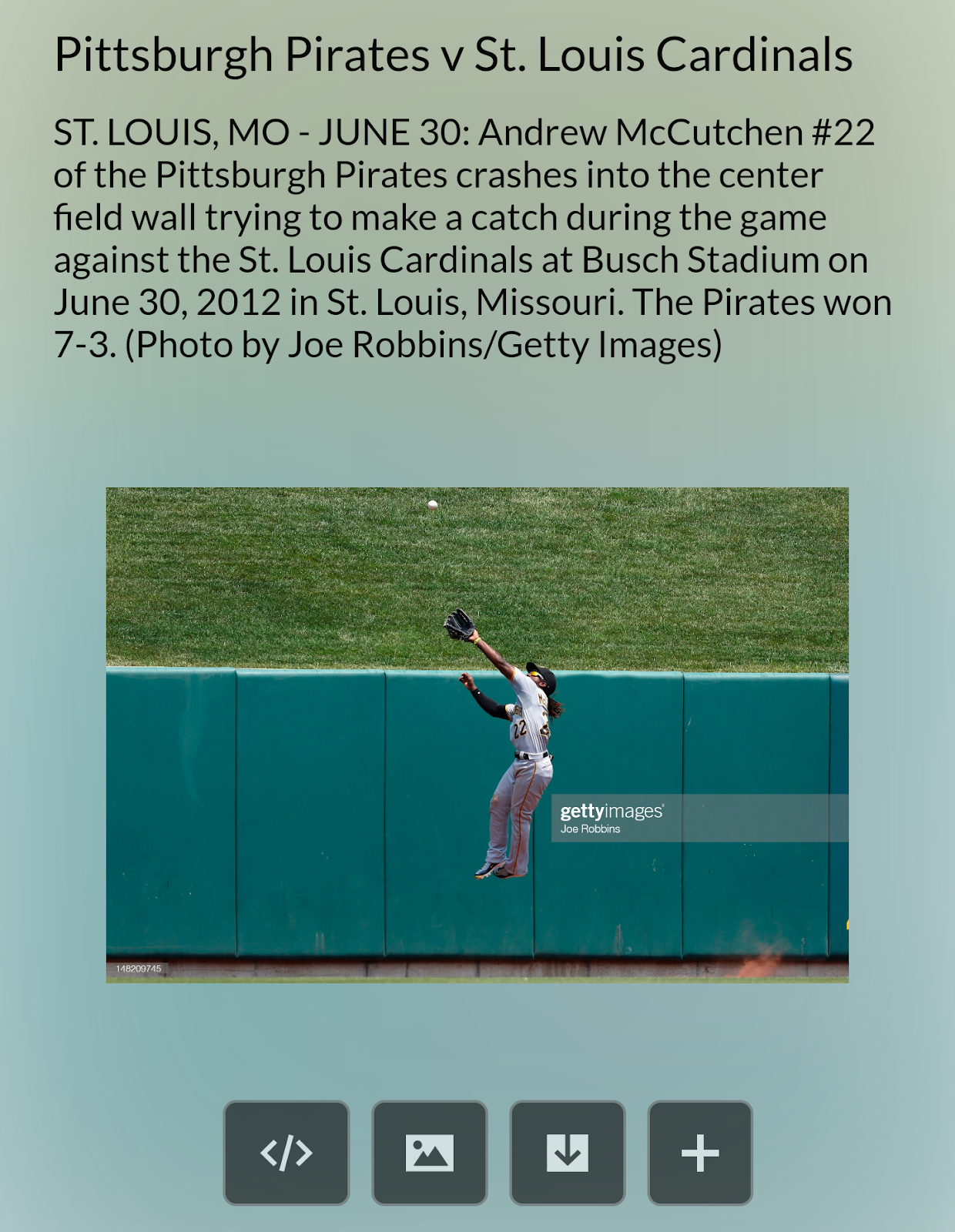 There are also images that Panini used for this attempted catch that were part of Panini's Elements insert set. 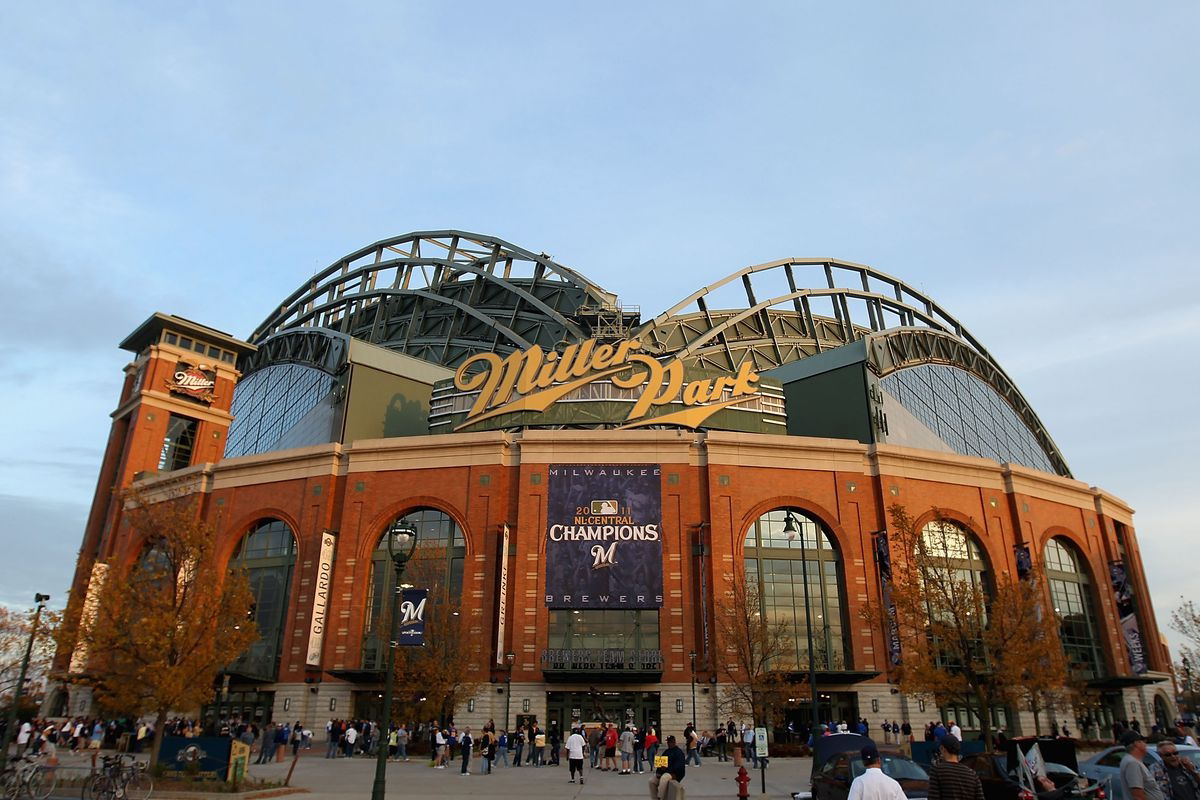 In 73 games started and one pinch hit appearance, Cutch had a .296/.358/.589 triple slash line good for a .948OPS.  Cutch hit his 100th career Home Run at Miller Park and has collected 22HR over his career thus far.
This video here will show Cutch's mammoth 100th career HR (2:58 mark) along with some really awesome moments of Cutch during his Pirates career.  I encourage you to watch it. 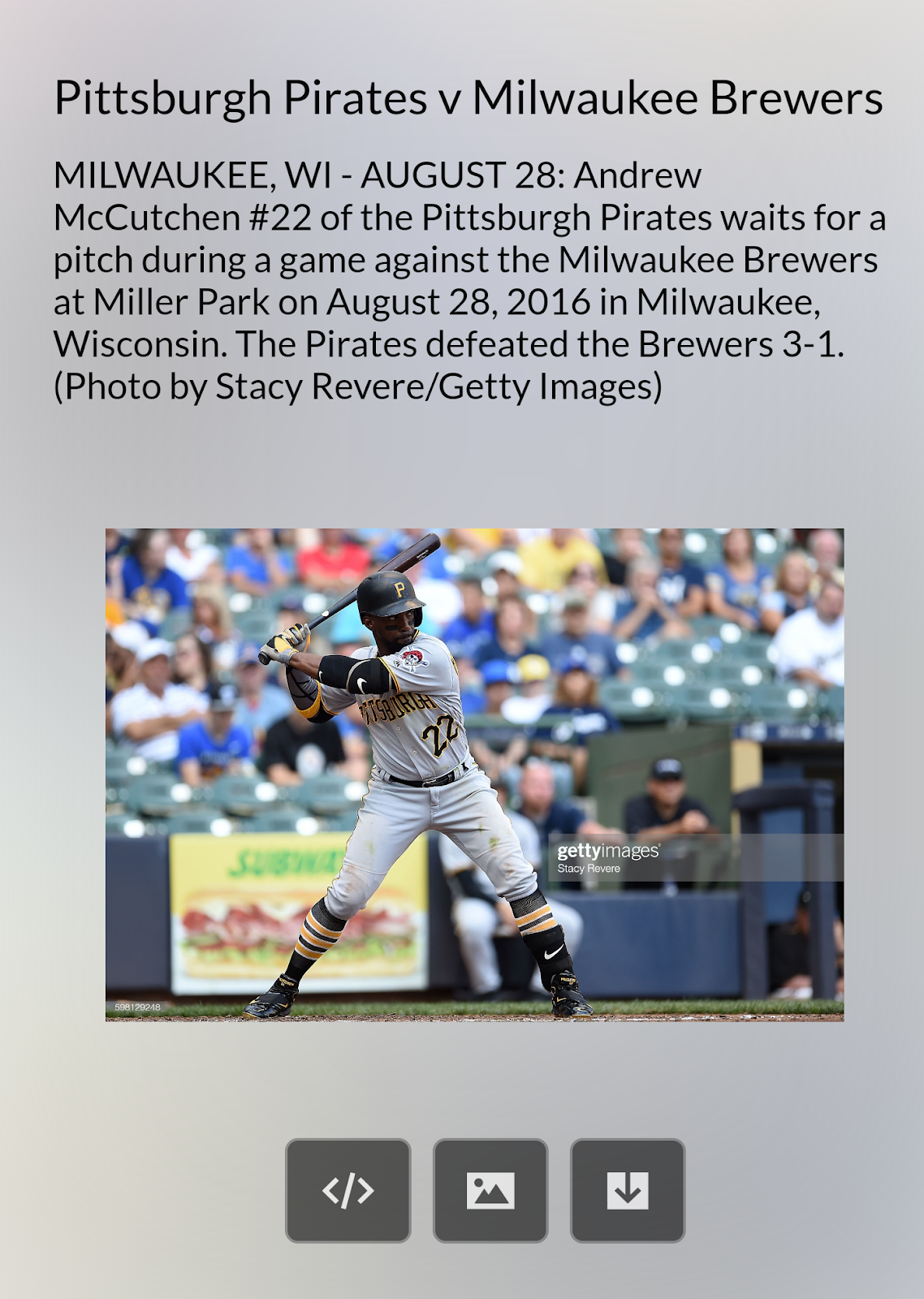 You can revisit my post about this image here, but keep in mind that post was written on 9/11 so there are some September 11th memories on that post. 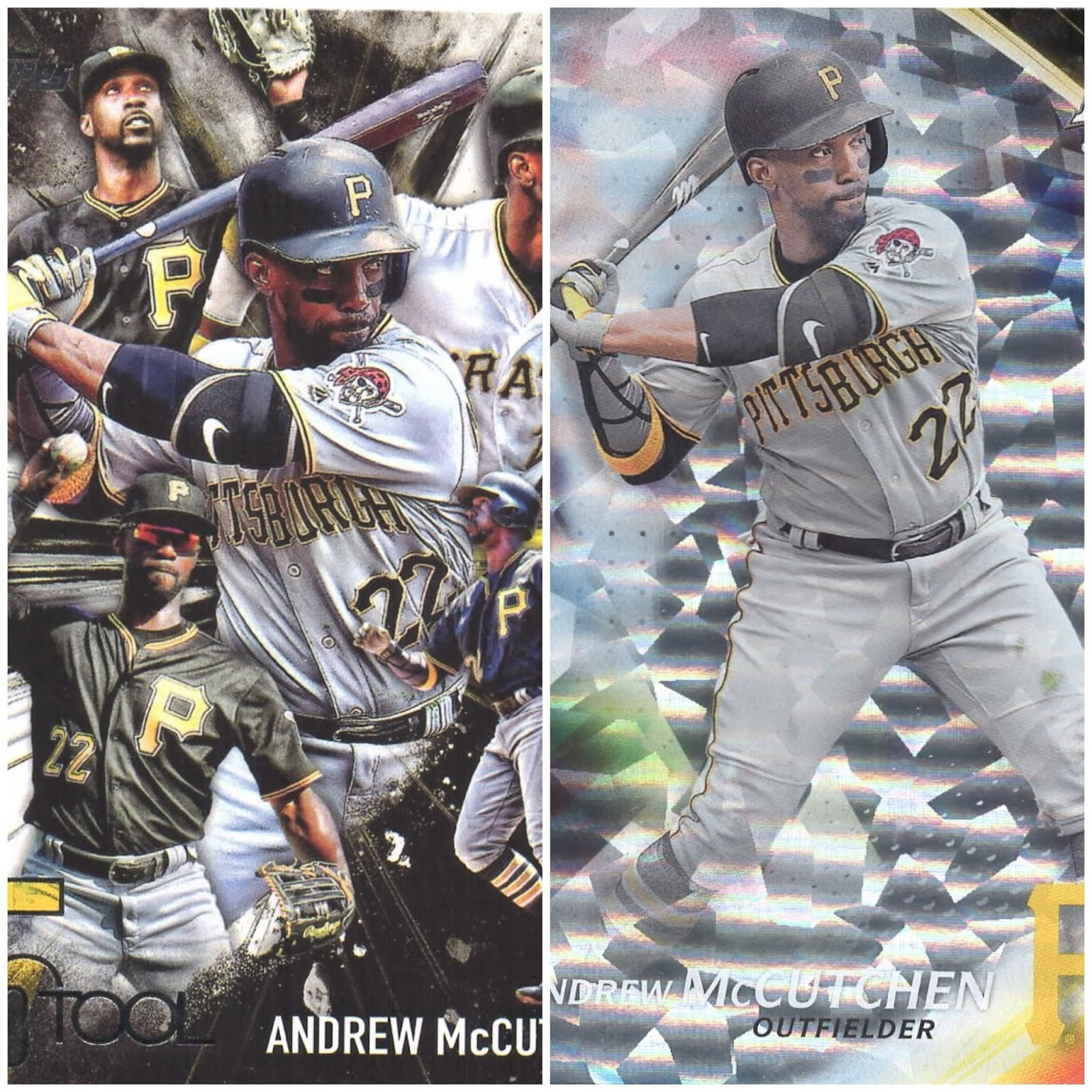 I have also shown off a few other cards of Cutch over the years that the originally photography was shot at Miller Park. The image above was used for the 2016 Topps Heritage (and it's many parallels).  Below you will see the black refractor /67 copies. 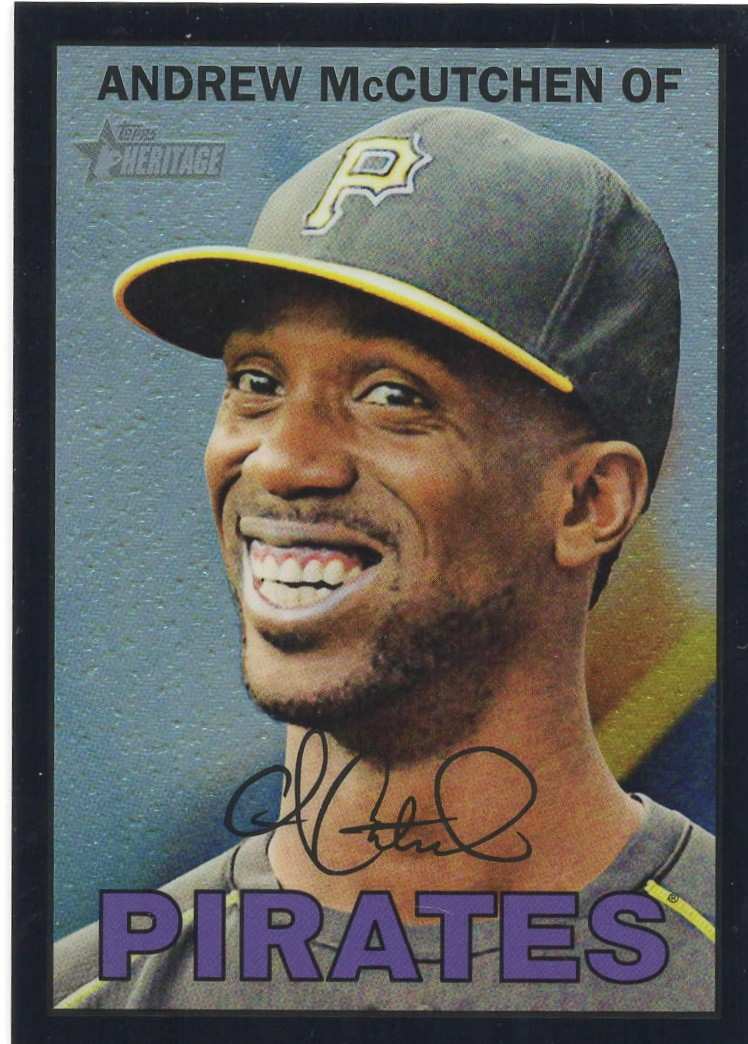 There is a few other images of Cutch appearing at Miller Park from the 2015 season. 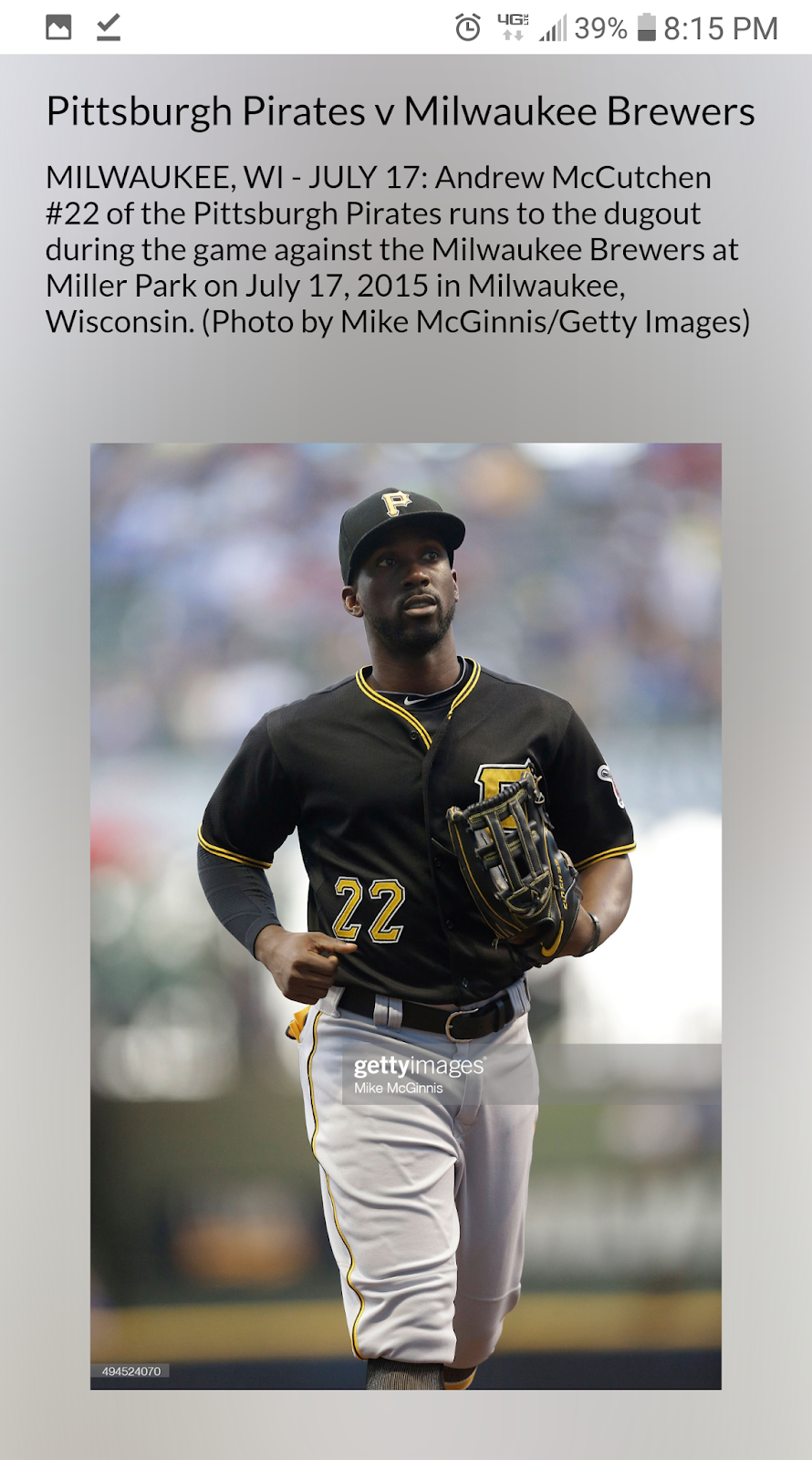 This image was used for Cutch's 2016 Gypsy Queen photo variant card, which you can see below. 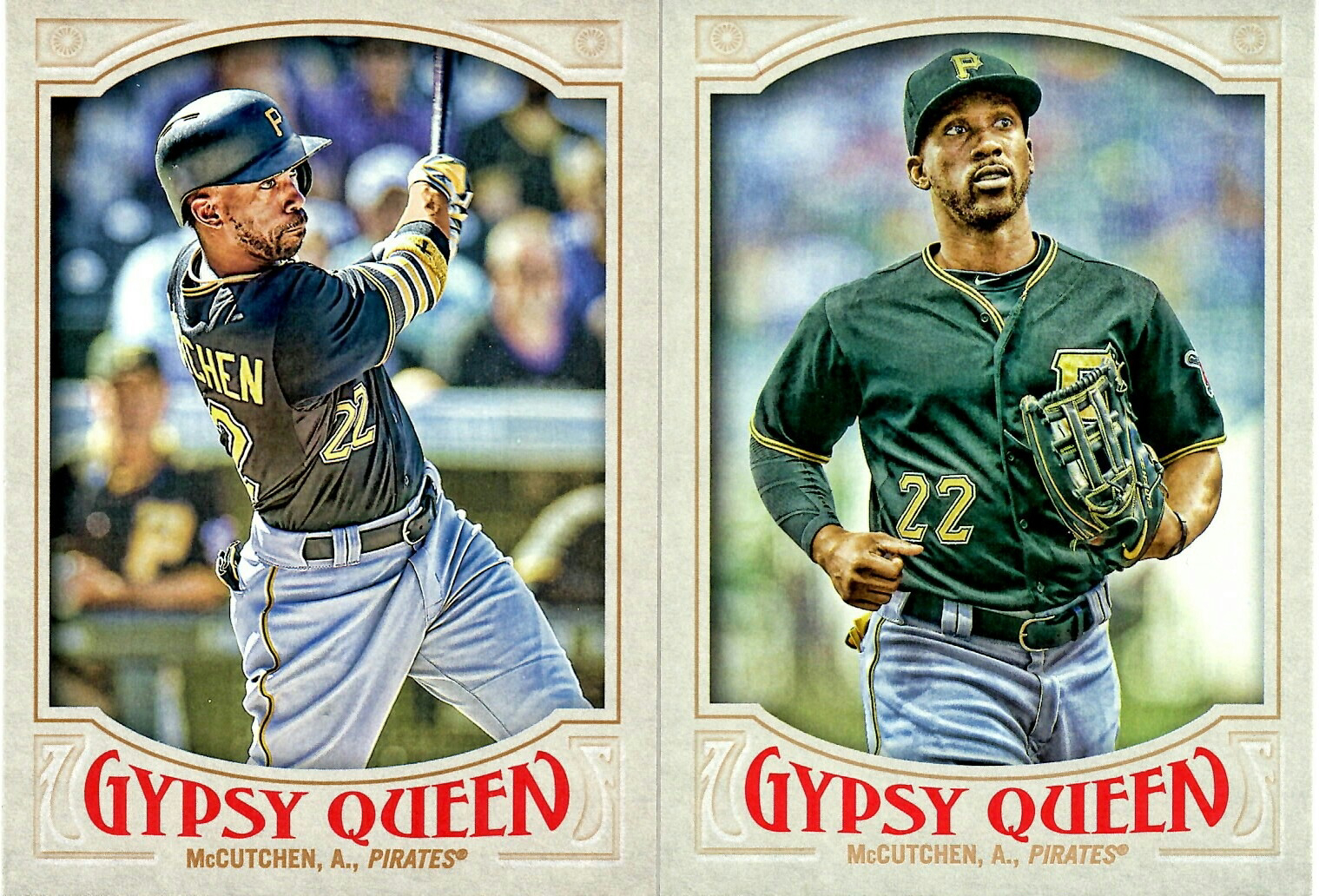 The best Pirates alternative road uniforms of the past ten years wwre captured at Miller Park after Cutch had a strikeout. It is the throwback jersey variation in 2017 Topps Heritage. 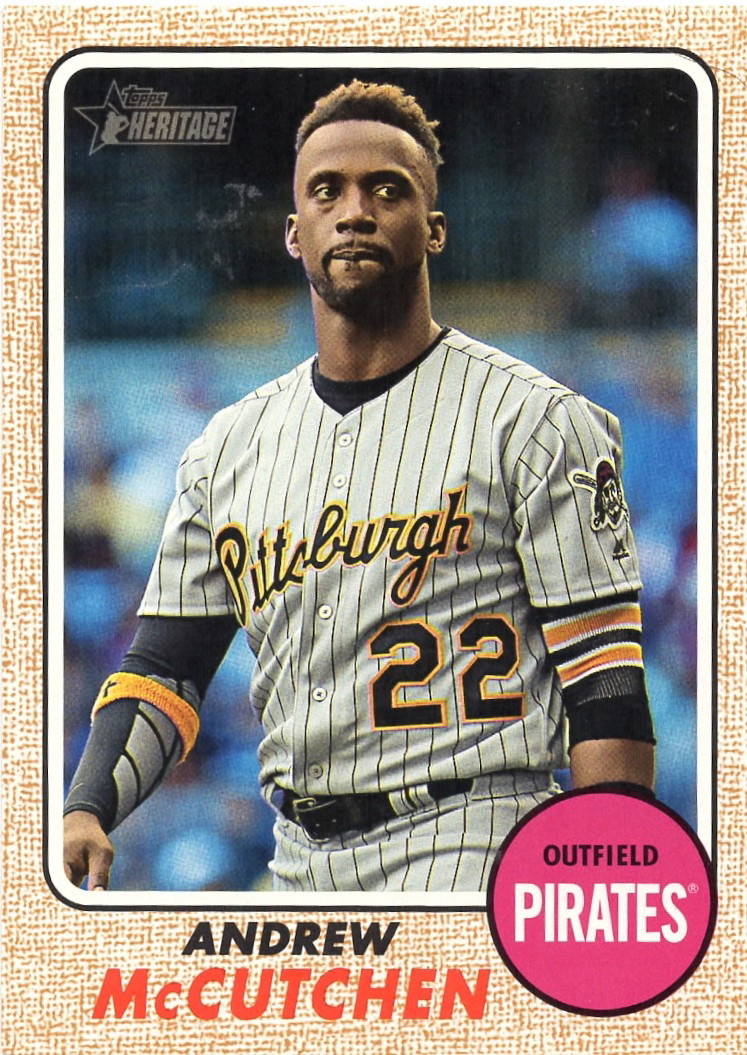 If you were to drink a beer, would you choose a Miller or Busch product?
Posted by Collecting Cutch at 8:17 AM