Yesterday, reader Eliptical Man made a comment with "Sweep The Leg".  This is an obvious reference that Sensei Kreese said to Johnny Lawrence in the original Karate Kid.
Sensei Kreese of the original Cobra Kai dojo in the Karate Kid film wanted to win at all costs and demanded no mercy from his students.  Johnny Lawrence, who isn't the villain of the Karate Kid by the way, did agree to sweep the leg to give his team a chance at victory in the All Valley 18U Karate Tournament.
Before Cobra Kai was streaming on YouTube or Netflix, the actors got together for a music video called Sweep The Leg.
You can visit the music video on YouTube here.
The band No More Kings made a song called Sweep The Leg, Johnny and it features many of the original cast of Karate Kid in the music video.  Even the referee from the 1984 film appeared in this music video.
In the hobby world, when you hear the word King, you are likely to think of Donruss Diamond Kings, a constant staple since their 1981 inaugural release.
In 2018, Donruss paid tribute to their 1984 design, but they have never used the same design format for their Diamond Kings as they originally appeared.
Panini Diamond Kings is also a regular release and features a matte cardstock design that incorporates computer technology to give the cards a canvas appeal. 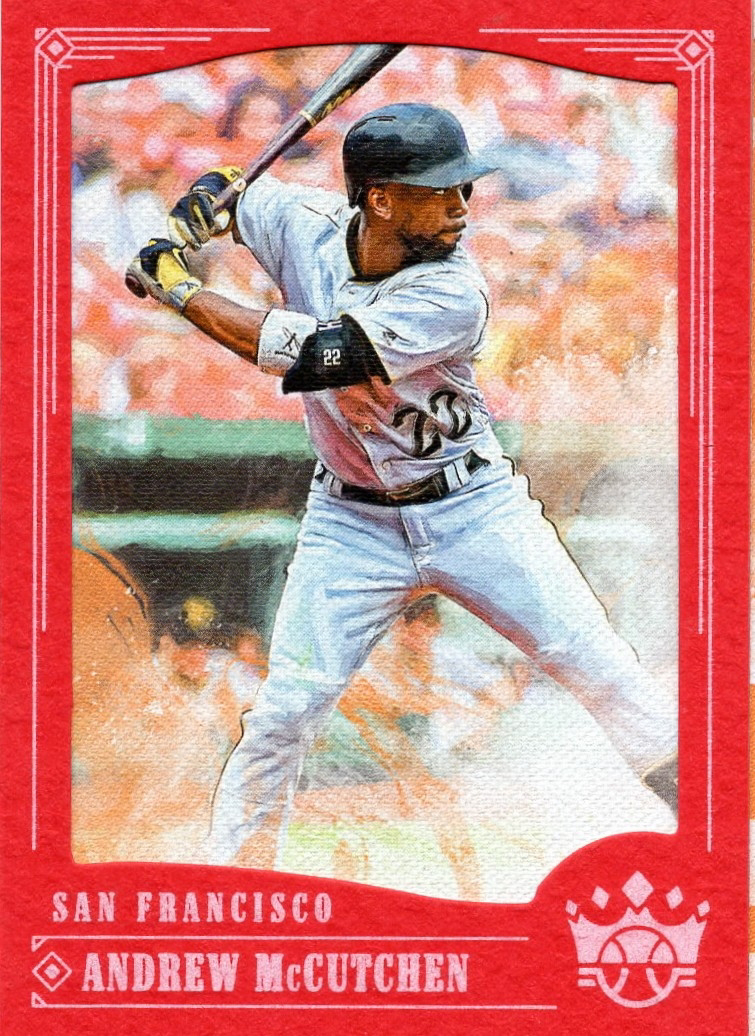 This 2018 version strikes hard with the bold red color choice framed around the card.  Eagle Fang Dojo would be proud of this color frame.
The back of the card gives a quote from the Giants dynasty "sensei", Bruce Bochy.  The former manager of the Giants talks about how McCutchen is not only a great ball player, but also a great teammate. 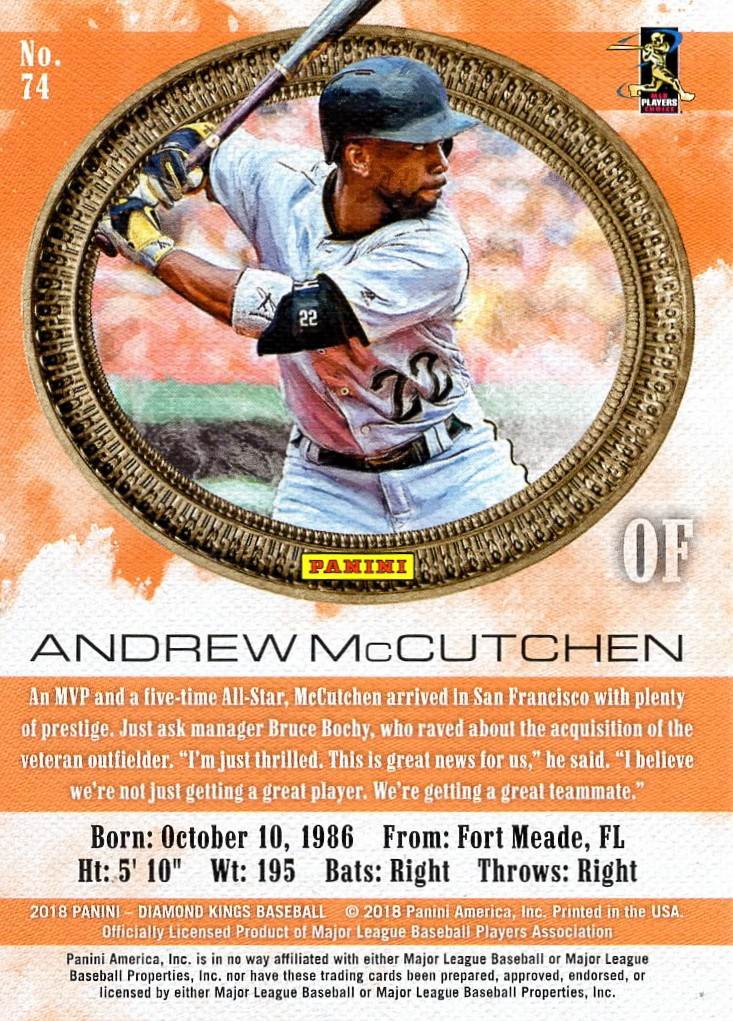 How much influence do you think a manager has on a baseball team?
Posted by Collecting Cutch at 7:36 PM