With the SaveSecondBase event I was running all month I completely forgot to congratulate the Boston Red Sox on winning the World Series.

Yesterday I watched some of the parade before going to a matinee showing of the new Halloween movie.

I really didn't care who won the World Series.  I was hoping the Rockies would advance further, but once they were eliminated I had two American League teams I would quietly root for thanks to the former Pirates in the organization.  Had Houston advanced I would no doubt be cheering them on for Gerrit Cole and Charlie Morton.  Alex Bregman is quickly becoming one of my favorite players to,watch also.  For Boston it was all about cheering on Steve Pearce who was just an,absolute class act baseball player while with the Pirates through the minors and his brief stint in the majors.

And neither can Cutch who got a lot of heat from Yankees fans for cheering on his former teammate.

I don't have a lot of cards featuring Cutch with current members of the Boston Red Sox.  The only cards I have feature Cutch on Just Minors sticker autographs with Pearce and Price.

These two dual autos of Cutch with the 2018 World Series MVP are numbered to 10 and 25 copies. 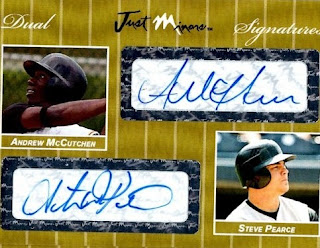 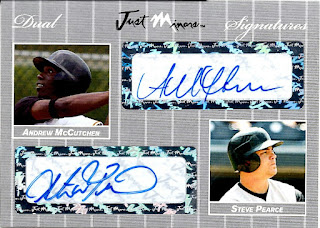 I also have a triple autograph with David Price and Jason Hayward.  It is also numbered to only 10 copies. 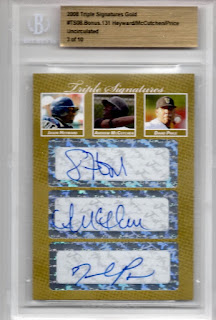 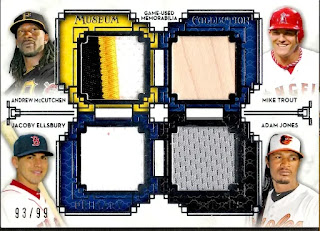 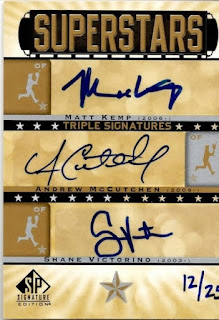 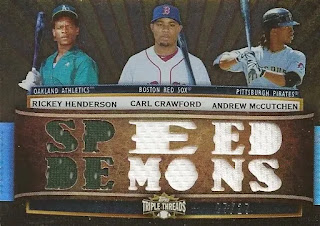 Tomorrow I will recap all the pink cards I showed off and give a sneak peak at next year's month long event.
Posted by Collecting Cutch at 11:41 AM