80s Week: Turning a Baseball Card into the Baddest Motha'

Time is running out to post your favorite player born in the 1980s.  All week I have been showing off my Andrew McCutchen 80s related cardboard and making references to the 80s all week.

Today I am going to do a 6 degrees of Kevin Bacon style post by taking an unlicensed Donruss baseball card and trying to connect it to Samuel L. Jackson because I have been on a Marvel Cinematic Universe binge.

Here is the card 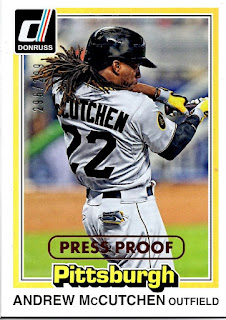 This 2015 Donruss Press Proof is numbered to 299 copies and is inspired by Donruss' inaugural release from 1981. 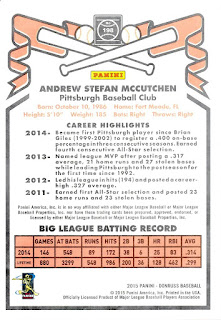 The back of the card features exactly the same design as the first release in 1981.  This is a nice touch by Panini as it is almost like Topps Heritage.

Cutch's card is 198 which in the 1981 Donruss set belonged to Andre Thornton (images borrowed by COMC.com) 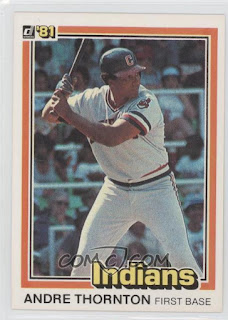 Thornton was a power hitting first baseman/designated hitter.  He finished his career with 253 Home Runs.  He was a two time All-Star during his age 32 and 34 seasons.  He also won the Roberto Clemente Award in 1979. 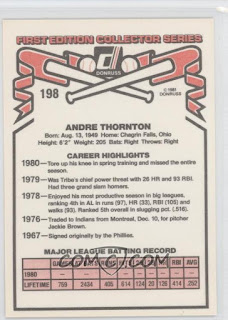 As you can see in 1976 he was traded from the Expos to the Indians for Jackie Brown. 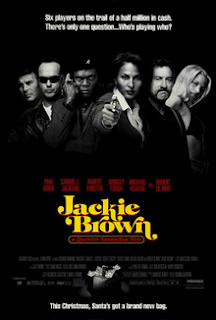 Jackie Brown was also a 1997 Crime Film that Pam Grier starred in with one Samuel L Jackson. 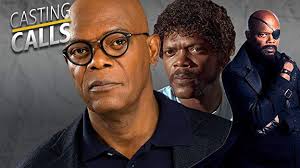 Posted by Collecting Cutch at 8:20 AM