Falco Files: A New Segment and Another Preview Contest...

Football is back!!!! Let's talk about it.

One of my favorite sports movies is The Replacements.  The comedy and drama keep me entertained from start to finish.  For those not familar with the movie it stars Keanu Reeves as Shane Falco who was a highly touted quarterback that could never step up in the big games.  After the professional football league players for the Sentinels all strike, the owner decides they are going to seek out replacement players for the closing season.

Shane Falco is one of those replacement players and this new segment will be used to highlight any post Andrew McCutchen news and cardboard of the players who replaced Cutch.

I have been starting a modest PC of Bryan Reynolds because he has quickly become one of my favorite players and was part of the 2018 Andrew McCutchen trade.  He is on the verge of winning a batting title in his rookie season.

Whenever I have a Falco Files post I will show off cards of guys who have worn Cutch's jersey number after him, players he was traded for, etc.

I will show off my very modest Bryan Reynolds PC in a future post, but I also want to announce my next contest for the Save Second Base Event. More on that contest at the end of this post 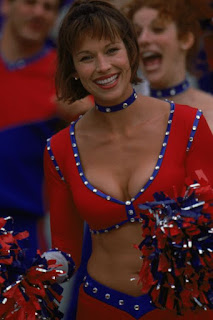 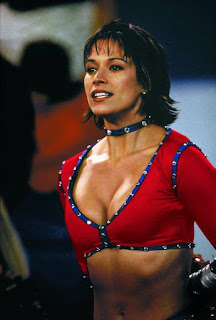 She was the sexy cheerleader captain in the aforementioned theatrical masterpiece known as The Replacements.

She also appeared in a famous TV show from the 90s.  Perhaps you've heard of it? Melrose Place 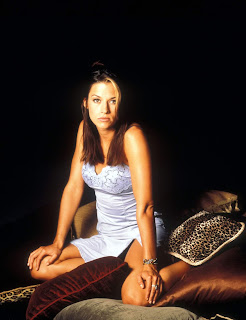 She also replaced Sandra Bullock for the only season of the Net.  The 1998 TV series is based on the movie version of The Net. 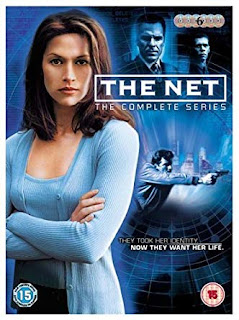 Langton always seems to be replacing other characters in all her roles. 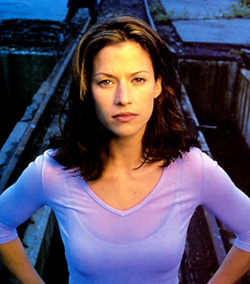 A similar thing can be said about Austin Meadows, who the Pirates used the 9th overall pick in the 2013 draft as a "replacement" for failing to sign their 8th overall pick, Mark Appel, in the 2012 draft. 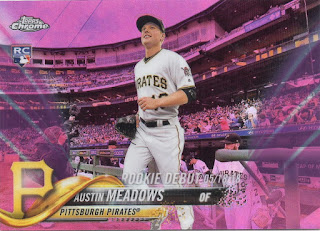 Meadows was drafted as a centerfielder and was long thought to be a replacement eventually for Andrew McCutchen as the face of the franchise.  Due to injuries, his "quick road to the majors" turned into a 5 year minor league injury plagued career first.

His debut earned him Rookie of the Month for May 2018.

With the Pirates surging at the 2018 trade deadline having won 11 straight they made a bold blockbuster move for 2 time All Star and cost controlled Chris Archer from the Rays.  He quickly filled in as a fan favorite for the Pirates when he said he wouldn't wear his traditional number 22 for Pittsburgh to show his respect for Andrew McCutchen.  Archer went on to say that number 22 should one day be retired by the Pirates.  He didn't want to replace Cutch's number. 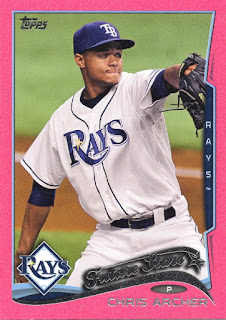 Instead he wore number 24, previously worn by Tyler Glasnow who Archer had replaced on the team's pitching staff when Glasnow was also a part of the trade with Meadows to Tampa Bay. 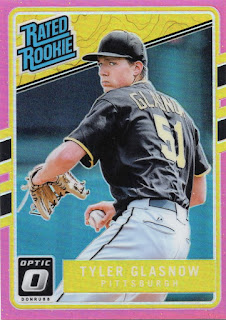 That's a lot of replacements.

NOW FOR THE CONTEST 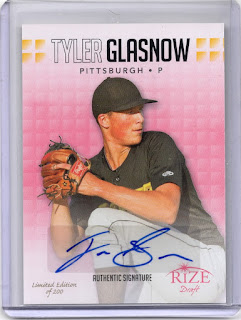 Here's how:
Make a blog post about one of your favorite sports movies and connect it to some baseball (or other trading) cards in your collection.

Let's check in on the National League Doubles Leaders for the Tulo auto I am giving away. 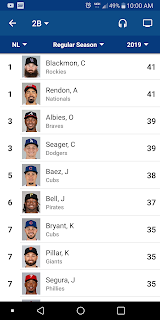 It is going to be a fun next few weeks to determine who is the National League doubles leader at regular season's end.

And now it's time to reveal the winner of the Larkin/Sheffield pink Donruss card. 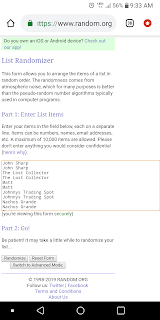 I entered everyone in twice for showing a pink card in their favorite player born in the 80s. 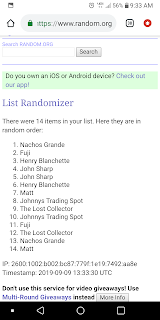 After the first random, Nachos was on top. He should be extremely excited about that as he put out a notice to anyone that wins it that he wanted it known he wants this card for his Larkin collection.

However, the rules stated I would random twice... 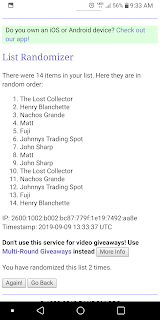 And AJ from The Lost Collector is the winner.

Thank you all for participating.  The next contest leading up to my 4th Annual Save Second Base Event ends in a few weeks.
Posted by Collecting Cutch at 10:05 AM