Over the years I continued to make mix CDs of Christmas songs.  It all started in the late 90s with my ex-girlfriend and the MTV TRL era.  At the time I was listening to Nu-Metal bands like Limp Bizkit, Linkin Park, Deftones, but also had a small crush on Britney Spears.
In the year 2000 a mix compilation called Platinum Christmas was released containing many new songs by popular musical artists at that time.  I ended up using a bunch of the tracks from that CD to make my mix for that year.
Britney Spears My Only Wish (This Year) was used as a promotional single for the compilation.  Other artists on the CD were Backstreet Boys, NSYNC, TLC, Christina Aguilera, Whitney Houston, Dave Mathews Band, and so many more.
Given the choice I wouldn't put any of those songs on a current mix except for Christina Aguilera's Silent Night.
For the 12 days leading up to Christmas I have been showing off a pair of red & green parallels.
Today I looking at a pair of 2012 Bowman Platinum cards. 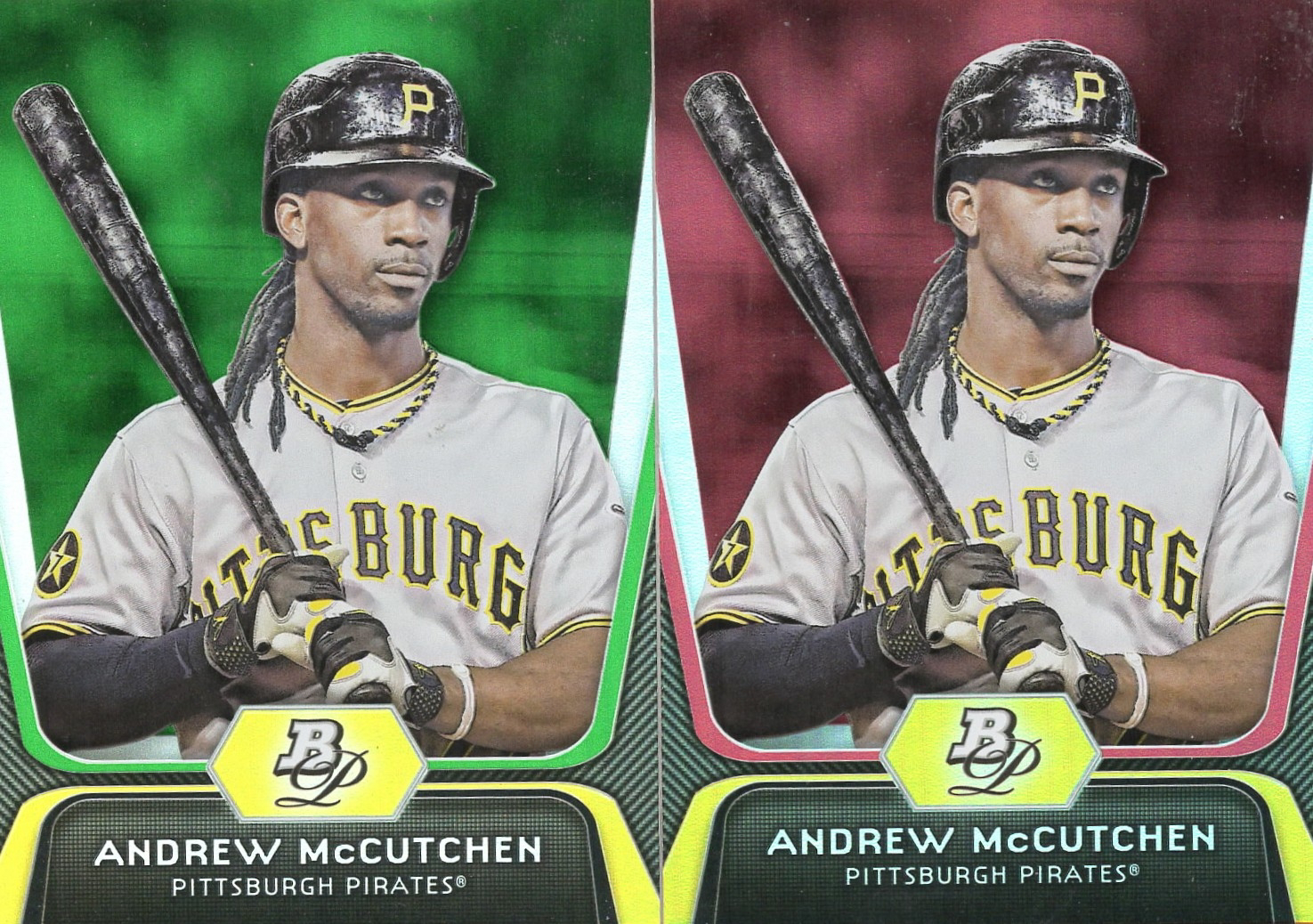 Unlike the current iteration of Bowman Platinum, there were only a few different color parallels to chase and none of them were serially numbered.
They did have different rarities though.
The gold were found 1:5 packs
The emerald (green pictured above) were found 1:10 packs.
The ruby (red pictured above) were the rarest and could be found 1:20 packs.
The back of the card talks about Andrew's quick rise to being a superstar. 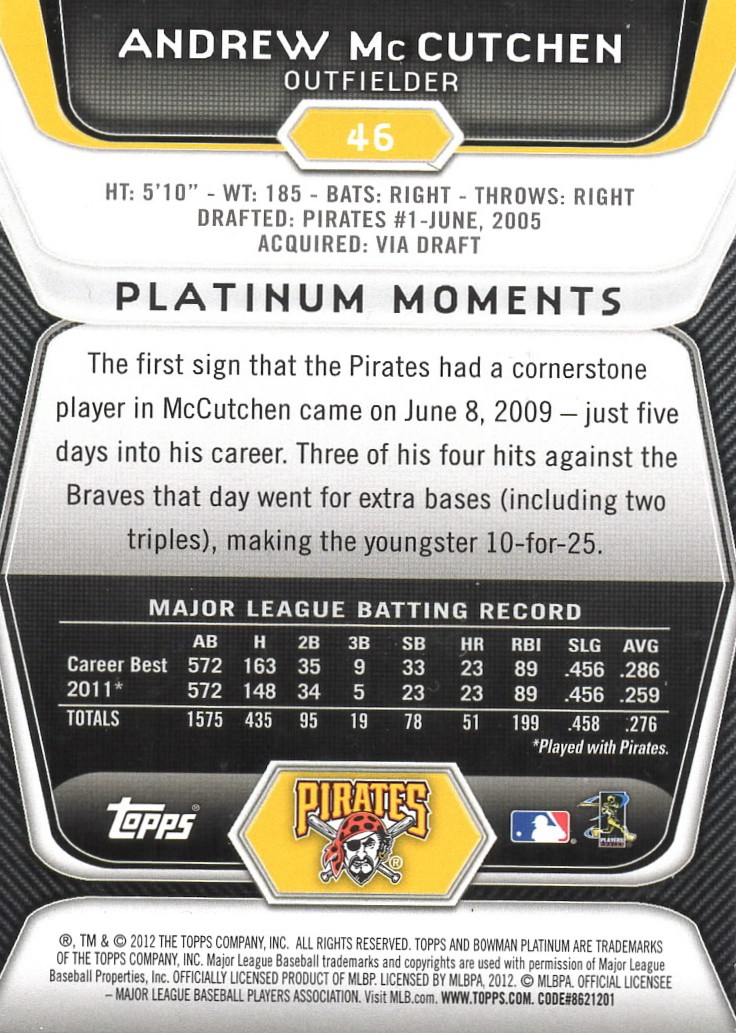 10 for 25 to start a career?
Sounds pretty impressive
As I have been doing with the other Green and Red pairings for this countdown, I,am showing them on a Christmas tree. 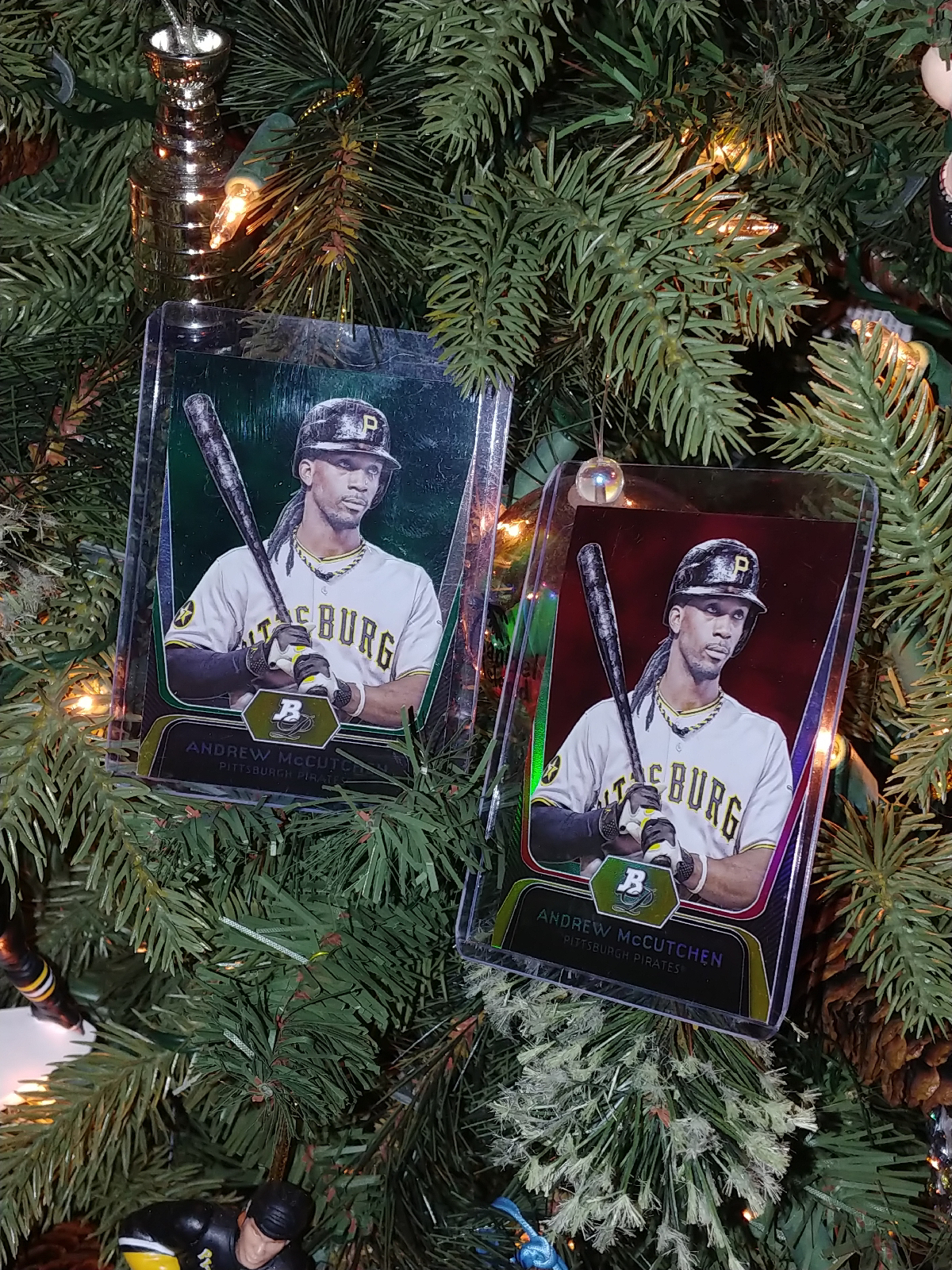 Christmas is often associated with the colors red and green.  The theory of these two colors representing Christmas are because of the reason we celebrate the holiday in the first place.
It is because of Jesus Christ that we "deck the halls" with red and green.
The green represents Christ's eternal life just as the evergreen trees remain green all winter long.  The red represents his blood shed during the crucifixion.
What are some of your favorite artists Christmas Song pairings?
I find myself listening to the My Chemical Romance (yay for NJ) cover of All I Want For Christmas a few times a week this holiday season.
Posted by Collecting Cutch at 2:19 PM