I have been seeking out some very high end Cutch cards since aquiring my first Cutch Superfractor last year.  That Gallery of Greats would unleash a beast that could not be tamed.

Not to compare myself to Josh Gates and his search for griffins, chimeras, yetis, etc in his Destination Truth searches, but I feel that my solo effort to seek out these 1/1 legendary cards is a similar journey.

Last year I was fortunate to add the 2009 Bowman Chrome Superfractor. I considered it a huge coup for the collection. When rumors of it's sibling began to surface, I sought out the rookie card logo flagship brother, Topps Chrome.  In today's world of prospecting potential future MLBers, Bowman Chrome reigns supreme. People spend thousands of dollars for the Superfractors of a top MLB prospect who may not have made it pass AA yet.  Wait a few years and you can probably grab the Superfractor for far less money, unless of course that players name is Bryant, Harper, Trout, etc.

Wanting to reunite the elusive rookie card sibling superfractors, I reached out to the owner of the Topps Chrome Super.  After several negotiations, I was able to secure this beauty. 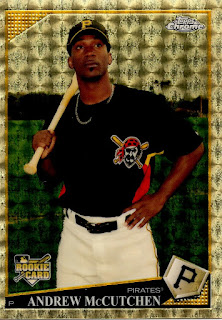 Once I caged it in the one touch magnetic, I noticed something that for 7 years I had never noticed on my other 2009 Topps Chrome parallels.

Can you see it? 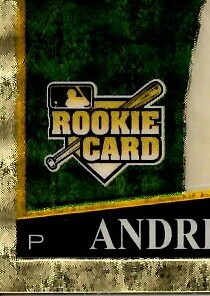 Cutch never pitched an inning in the minors or majors and yet his Rookie Card Superfractor features his position as Pitcher.

Wondering what the back might say about the upcoming star, I flipped it over. 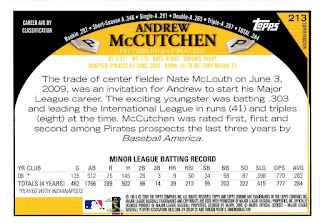 Ok, so nothing about pitching... 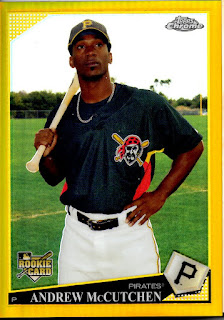 Yup, gold is
How about the others? 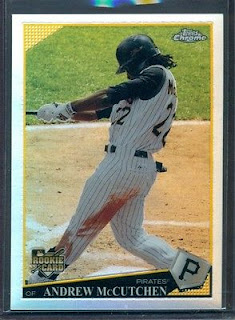 Posted by Collecting Cutch at 7:33 PM