Remember a few years ago when Katy Perry appeared on SNL wearing a lowcut Elmo shirt and her big boobs were bouncing A LOT?
That was a glorious thing to watch. 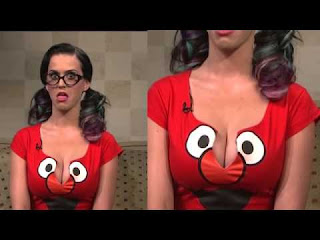 Well as is customary on Sesame Street, I present to you the
Letter "N" 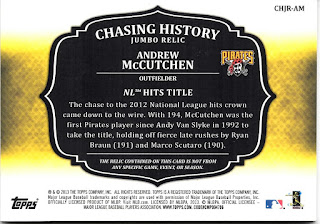 I had seen a bunch of these sell after the set's release, but very few have shown up since. Fortunately for me an ebay seller (VottoCollector) had one to sell.

When I first saw it hit ebay I thought
Nice!!!!
Need one of these.
None have shown up for over a year.

After quickly paying for the item, I received a notification from the seller that it had shipped.  I looked at the tracking history
Notoriously on my lunch break.

I was getting Nervous
I contacted the seller and filed a claim with the post office.

Two days later, the updates were active and my card was out for delivery.

I finally have it in my possession.
Did you read the back of the card? Did you think Marco Scutaro's name would be mentioned on a Chasing History card?

Posted by Collecting Cutch at 7:15 AM