Cutch and the Dodgers

There have been some reports surfacing that the Pirates and Dodgers might make a trade involving Josh Harrison and Cutch to the Dodgers. I highly doubt something like this would happen as the Pirates appear to want to remain competitive after the Ivan Nova signing and still appearing in on the Jose Quintana trade talks.

Thanks to this report and Greg's blog post about the package I sent him a few months back I decided to scan all the Cutch combo cards I have with Dodgers alumni Kershaw, Kemp, Gonzalez, Robinson, and Puig. 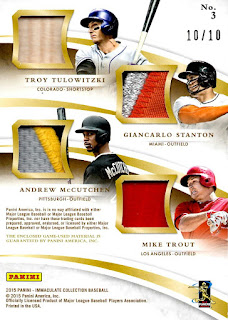 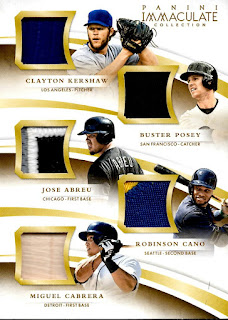 That card above is just an absolute monster. It features some of the best players at each position. The Abreu and Stanton patches highlight my favorites of the card. 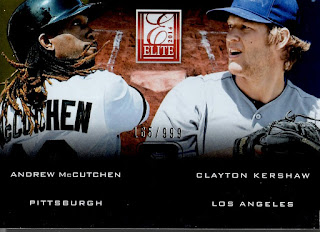 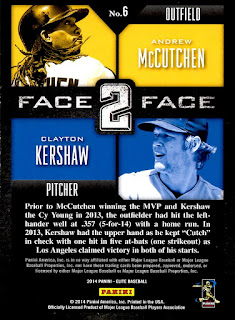 I wish there would be more inserts like this that highlight pitcher vs. hitter and how they match up verse each other. 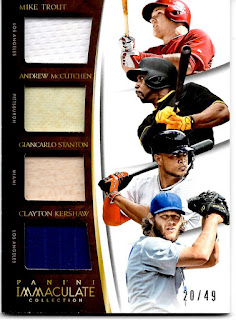 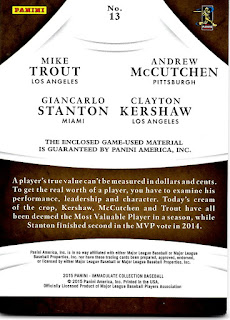 Just another relic combo of some of the game's best players. 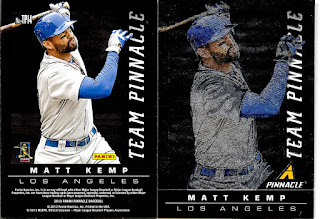 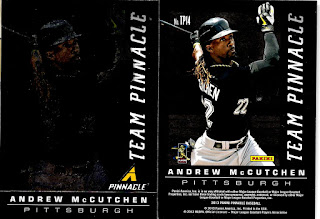 2 different versions of Team Pinnacle featuring Cutch and the Bison. 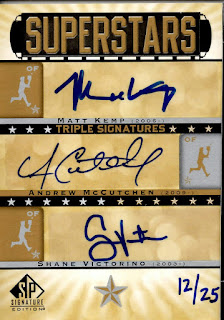 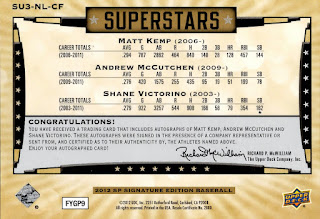 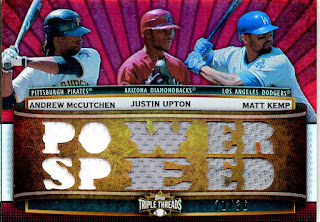 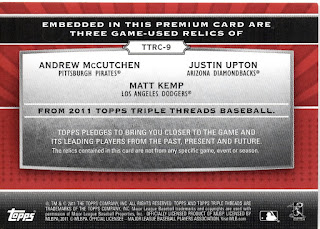 Triple Threads was really kind to Cutch and Kemp pairings in 2010 and 2011. 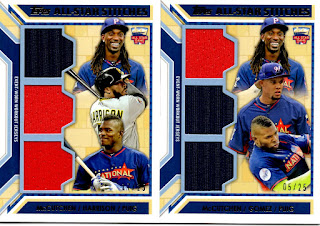 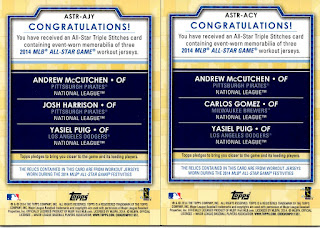 A pair of All star relics with Puig 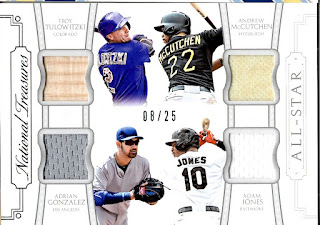 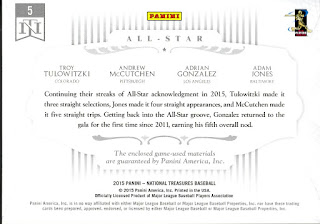 My only A Gone relic in my collection. 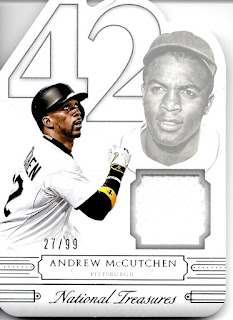 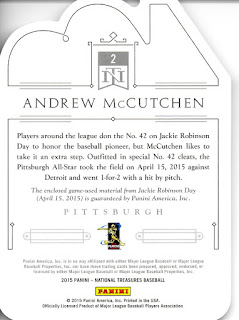 And to finish it off, I have one of the greatest Dodgers of all time and the man who paved the way for non white athletes in  the US.

Posted by Collecting Cutch at 7:20 AM