Another Dreaded 1/1 Added to the PC

This might sound a little weird, but lately I have been seeking out older cards of Cutch where his dreads can be seen.  Cutch's best seasons were 2012 to 2014 and during that time Club Dread was in full effect.

Quite honestly I think his best cardboard is from that time period. 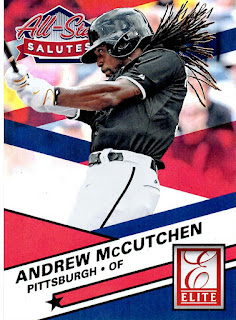 Cutch looks like a badass on that card.
I recently grabbed the 1/1 to go with the "Gold" /25 and base

Who would have thought that Andrew McCutchen would join the likes of Hanley Ramirez and Ben Zobrist?  Hopefully Cutch gets back to his former All-Star caliber talent level despite the lack of dreads. 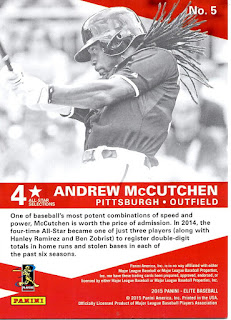 Posted by Collecting Cutch at 6:23 PM