The past few years, Topps has provided fans with some incredible hits in their Gypsy Queen release.

First up the autographs 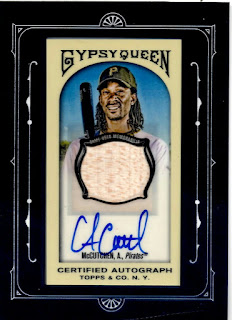 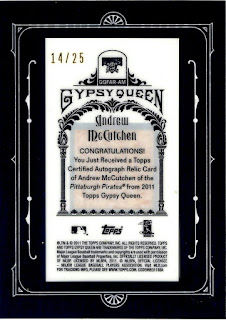 One of the hardest cards for me to track down in my early days of Collecting Cutch, this on card autograph also features a plain relic.  A few people were trying to put the set together and with only 25 produced, it is almost impossible to track one down now. 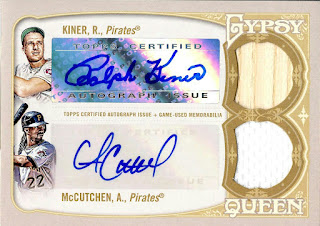 This dual auto/dual relic of Hall of Famer, Ralph Kiner and Andrew McCutchen is one of my first Cutch dual autos I added to the collection. 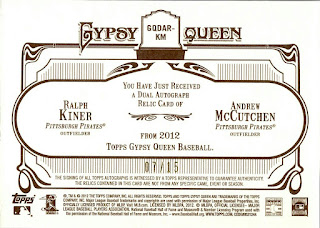 I have gotten the jumbo patch cards in each of the past two years and both cards feature really awesome patches.

The 2015 patch features a massive swatch from Cutch's number and is limited to only 5 copies. 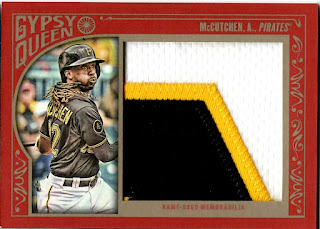 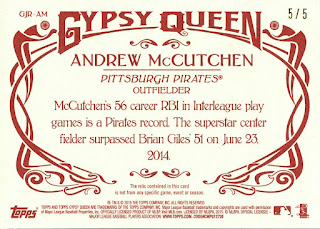 The 2016 patch features the Majestic Logo from the sleeve of a Crawford Grays jersey worn by the Pirates in the 2012 season.  It is numbered to 10 copies. 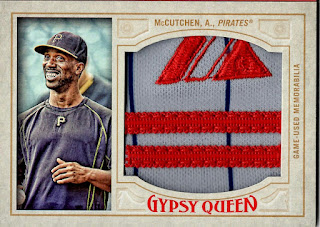 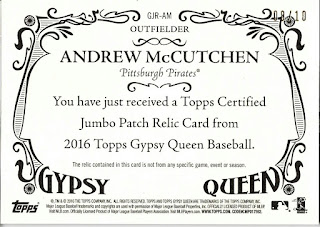 Easily one of my top 10 favorite cards is this dual button card of Team USA teammates Adam Jones and Andrew McCutchen.  I'm sure there is an Adam Jones supercollector out there who has one of these making the rarity of one of these hitting the market soon very scarce. 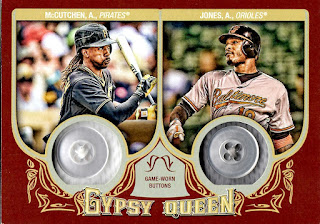 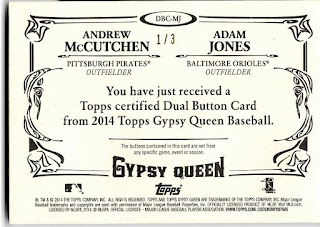 While it's not in my Top 10 cards, this Laces Around The League card gets an honorable mention because it is a super thick card that has a massive chunk of a baseball on it.  If it was labeled similar to the Topps Tribute moment cards where you can see the authentication or determine what game it is from, it would be a top 10 card. 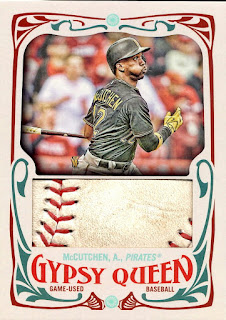 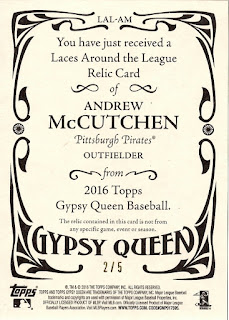 To wrap things up is an extremely limited manufactured flag patch.  I am not a big fan of manufactured relics, but I got this for about 75% of the average sale price of these. 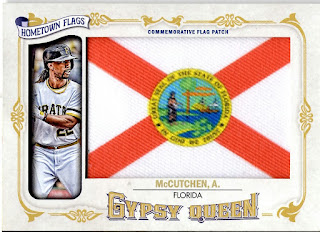 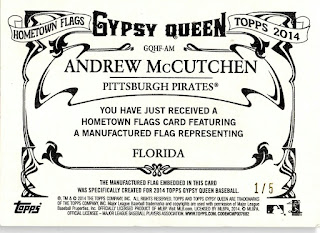 Posted by Collecting Cutch at 7:20 AM