By far my favorite 1/1 Gypsy Queen is this original hand drawn sketch and prime patch card. 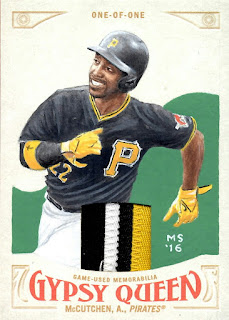 The art is by Monty Sheldon, who has been doing sketches for Topps Gypsy Queen the past few years.

This mini features a penny from Cutch's birth year (1986).  The penny itself looks like it was chewed by a dog. 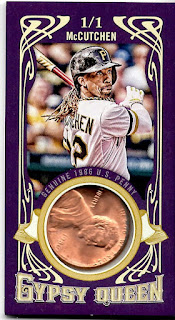 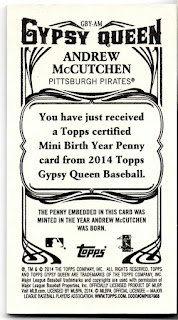 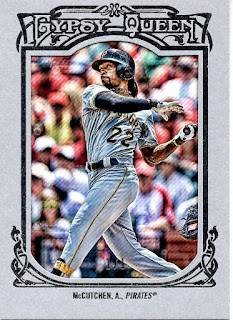 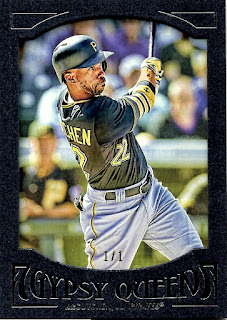 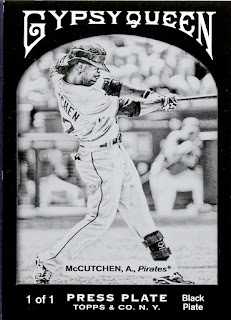 This is a very nice plate where the border matches the color of the plate.  The mini plates were produced in a similar fashion.  They weren't put in frames as you will see in later years.

2015 is the only year I don't have a printing plate of Cutch. 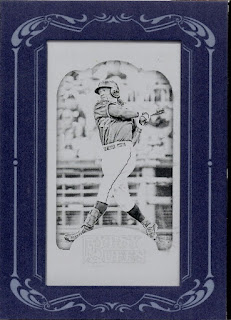 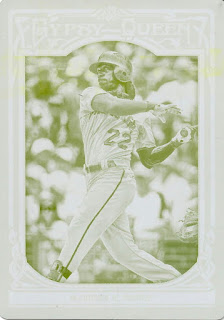 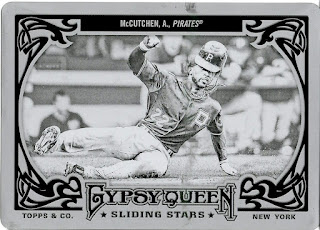 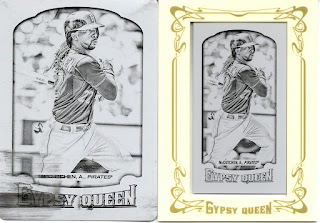 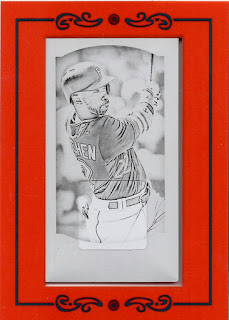 Posted by Collecting Cutch at 11:19 AM