When a player makes it to the Major Leagues, it's commonly referenced as "making it to the show."

Thanks to a strong social media presence in late 2012 Andrew McCutchen was able to garner enough votes to become the face of the video game franchise The Show (actual autograph on case below). 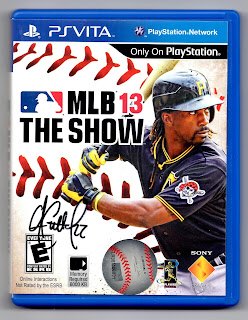 Over the years, Cutch has also had cardboard reference his video game presence.

My favorite is a 2013 Triple Tnreads card citing the game. 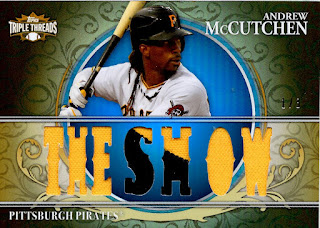 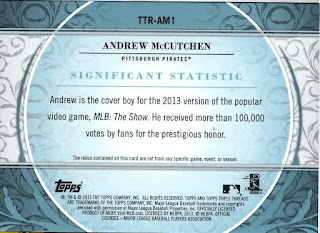 Posted by Collecting Cutch at 11:34 AM