As a predominantly only player collector now my main focus is to complete rainbows.  I am still working on getting a complete NEEDS list but here's my 2014 Topps flagship #150 cards I have.

The main card of this bunch is the sparkle variant that you can see on Cutch's helmet by his neck. 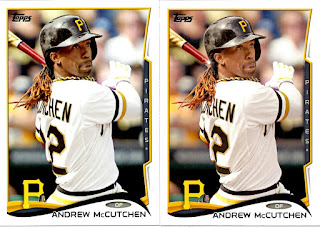 Another of the variants is the photo variant where Cutch is doing the Zoltan sign used by the Pirates in 2012-early 2014 when a player would get a key hit. 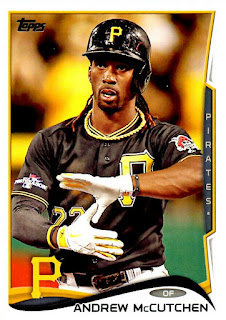 Other parallels include the retail exclusive yellow/green and red/blue parallels. 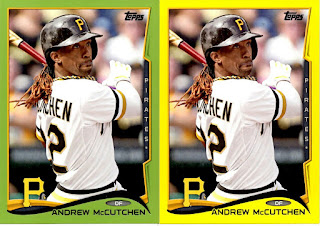 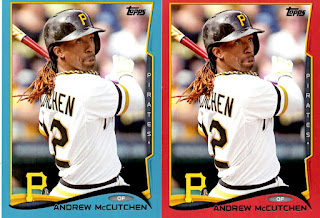 Some others are the Red Hot Foil 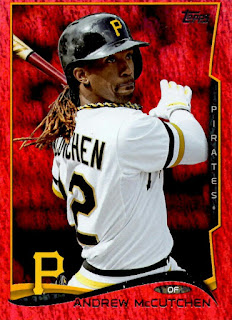 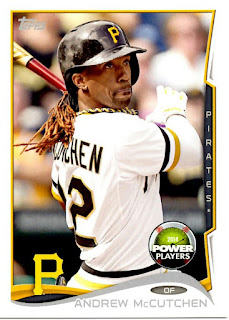