Over the years Gypsy Queen has produced framed border parallels for the series.  These are my favorite parallels of all Topps releases to chase.  They are beautiful and bring about a sense of class that other Topps products don't have.  While most chrome parallels seem forced and look more of an after thought gimmick parallel, Gypsy Queen parallels look like they were part of the set's design.  The blue, white, green, silver, parallels all look like they could be their own release without feeling like a forced new product. 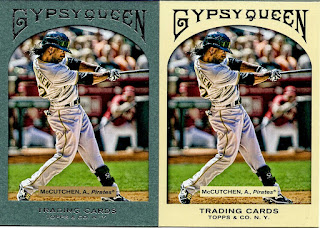 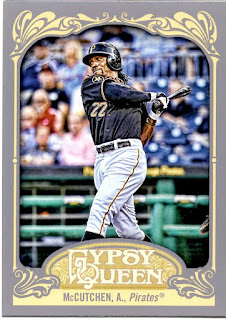 What color parallel of Gypsy Queen is your favorite over the years?
Posted by Collecting Cutch at 4:38 PM