One of the greatest men to ever play professional sports broke the color barrier 70 years ago.

Andrew has stated in numerous interviews that Jackie Robinson was an influential icon and he has been imitating his homerun celebration since watching the movie, 42.

Here is all my Cutch cardboard referencing Jackie Robinson

Panini has been recognizing Jackie for years with both their National Treasures and Prizm releases.

The thing I like most about the 2016 release is that it specifically what day the material is from.  That's a nice touch by Panini. 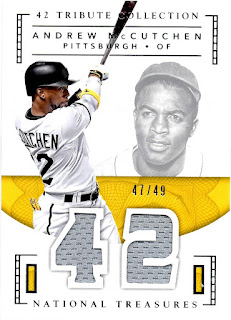 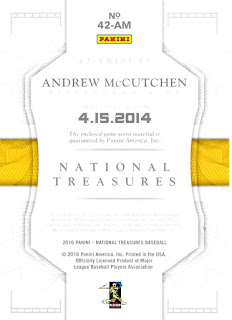 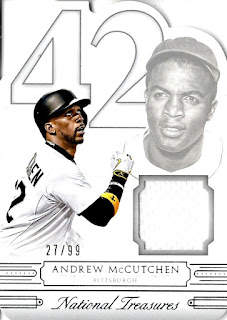 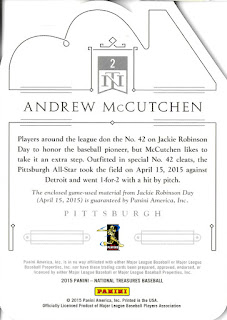 Prizm was the best looking unlicensed card release for a few years.  The color parallels have been a lot of fun to chase. 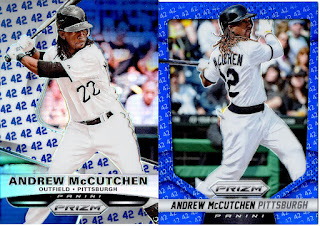 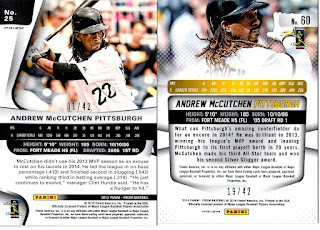 Because it's Jackie's 70th Anniversary, Topps has finally decided to aknowledge the player that paved the way for some of the finest athletes to be household names in our culture. 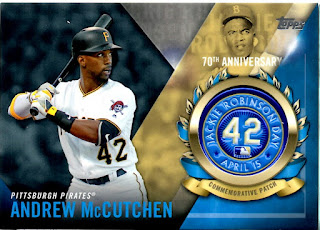 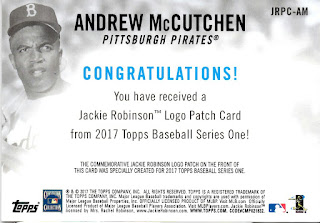 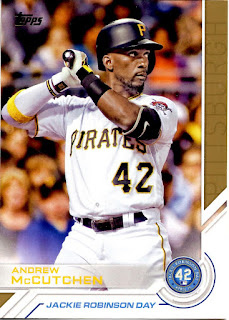 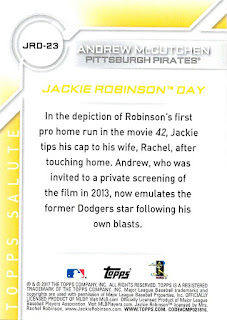 Topps just released a Throwback Thursday series of cards exclusive to their online store. The set has several players discussing how they pay tribute to Jackie. I have placed an order to acquire it.

And for the purpose of recognizing that all players wear #42 every April 15th here is a Topps Triple Thread Unity Relic where Cutch is wearing the retired jersey. 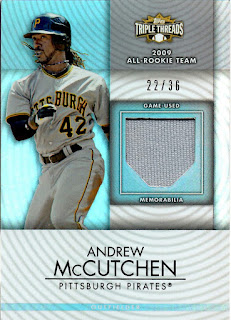 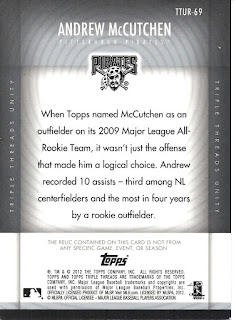 Posted by Collecting Cutch at 8:15 AM