Carlos Beltran, a twenty year veteran announced his retirement yesterday.  He finished his career with 2,725 hits over 1,500 RBI and Runs, 435 HR, and 312 Stolen Bases.  He is just the 4th switch hitter with over 400 HRs and 5th player to be a member of the 400/300 club.  He won 3 Gold Gloves and 2 Silver Slugger awards.  He won the Rookie of the Year award and also was the recipient of the Roberto Clemente Award.  He never finished in the top 5 for MVP voting, but did receive votes over his years.

Andrew McCutchen was on a Hall of Fame career path before falling off slightly in 2016.  With 9 years in his career by age 30 season let's compare Cutch's career to Beltran's through their age 30 seasons as you will see Cutch and Beltran's careers through age 30 are very similar.

Beltran had 10 years as an official big leaguer on the back of his baseball card by age 30 compared to Cutch's 9.

Games played
Beltran 1,320
Cutch 1,346
Cutch has been more durable throughout his career thus far then Beltran was.

At Bats
Beltran 5,113
Cutch 5,033
With less games played Beltran had more at bats.  This mainly is because of Cutch's plate discipline to take a walk.

Doubles
Beltran 278
Cutch 292
Cutch has the slight advantage with singles and doubles.

Homeruns
Beltran 236
Cutch 203
Beltran hit more homeruns by age 30 and would go on to hit another 199 before he chose to retire.

Stolen Bases
Beltran 250
Cutch 171
Beltran was a member of the 30-30 club and would go on to steal double digits bags through his mid 30s.

Walks
Beltran 591
Cutch 685
Cutch is the better hitter in terms of plate discipline.  It's also because he has been in lineups that don't have much protection around him.

As you can see Cutch's career path to this point is very similar to the (potential) future Hall of Famer Carlos Beltran. 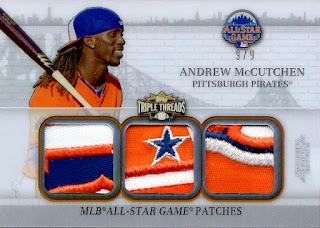 In the 2013 All-Star game Cutch came in to pinch run for Carlos Beltran.  As Beltran left CitiField (a place he called home for nearly a decade) he received a standing ovation. 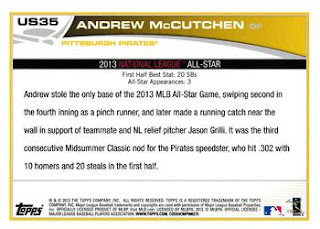 Cutch quickly took aim to leave his mark on the city by stealing second base. 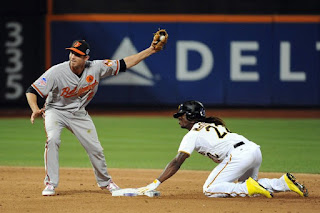 With Beltran's playing career now over, do you think he makes it in the Hall of Fame during his 10 year limit on the ballot?