Chris aka "The Collector" mentioned a few weeks back about me showing off my non card collection of Cutch.  I have a bunch of stuff waiting to be shown off.

With the July 31st Traded Deadline happening this week I thought it would be cool to show off some items relating to Cutch being traded.

Pirates fans were heart broken when they heard the news of Cutch being traded on January 15, 2018 for a pair of prospects.  The return package of a middle inning reliever (Kyle Crick) and outfielder Bryan Reynolds didn't impress Pirates fans, myself included.  The trade also brought over about a half million dollars in international spending money.  At the time of the trade they ranked 4th (Reynolds) and 16th (Crick) on the Giants weak farm system.

Cutch went on to play in 130 games for the Giants who found themselves on the brink of playoff contention in late July.  No team offered the Giants a package they felt was good enough to move Cutch so he stayed on the team's roster throughout the month.

When the Giants playoff hopes began to fall apart in July and they no longer were in contention for a Wild Card spot they sought to move him at the August waiver trade deadline.  The Yankees, who had been without defending Rookie of the Year and looking for a spark plug to keep the team contending with the Red Sox, looked to acquire the veteran outfielder.

Cutch would be traded again in the same calendar year. On August 31st the Giants moved McCutchen to the Yankees for a pair of prospects. 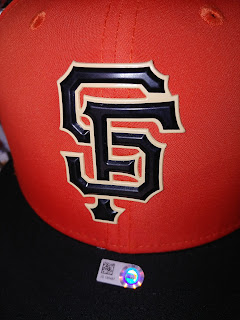 I came across this hat via a Giants charity auction, but lost out on it.
It was later reposted for sale from a Giants collector and Willie Mays collector.

It is a Giants practice hat.  The Giants often wear these orange caps for Spring Training and during batting practice. 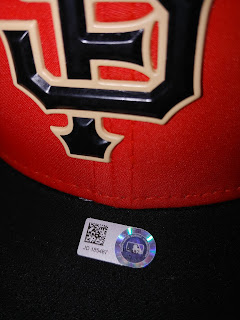 As you can see by the Authentication sticker JD185487 this hat was issued by the Giants to McCutchen and verified on August 31st, 2018. 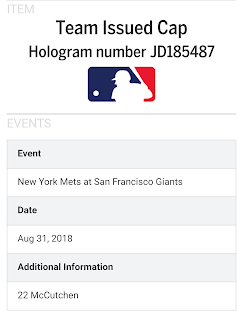 McCutchen's last game with the Giants occurred on August 29th against the Diamondbacks.  The Giants were off on August 30th and news broke that McCutchen had been traded to the Yankevery late on August 30th (11pm) and the deal was official the next morning.

It is my understanding that a "team issued" authentication item means that it could be game used or event used, but it wasn't verified on the day the item was used and is thus just considered team issued since the specific date it was used can not be authenticated on that day.

Most likely when Cutch's locker was being cleared out this on field practice hat was discovered and authenticated by the team as being player worn for their charity auctions. 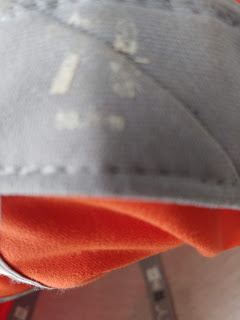 Judging the wear of the hat it is obvious that it has been worn and sweated in on more than one occasion. 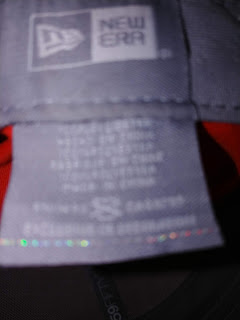 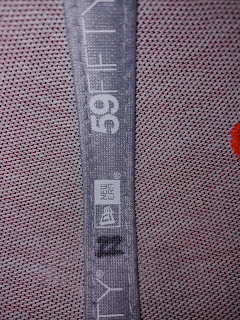 The interior of the hat features Cutch's jersey number.

These practice hats can be seen on Topps Now Road to Opening Day cards. 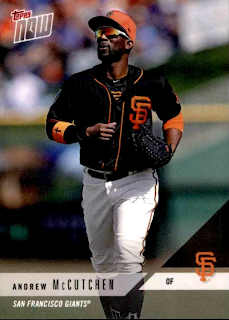 Here are a few other images of Cutch wearing this style hat from Google images. 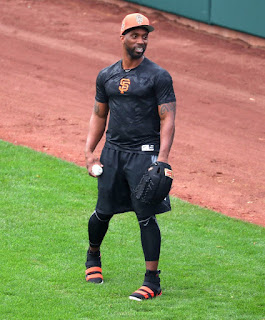 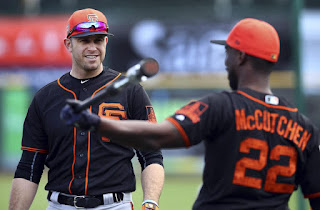 Posted by Collecting Cutch at 5:38 AM