As I was putting together a nice package for Nate as part of my Eleanor trade, I came across this 2010 Topps Black Printing Plate I completely forgot I owned.  I scanned the card to my gallery 8 years ago and paid probably about $10 for it at the time. 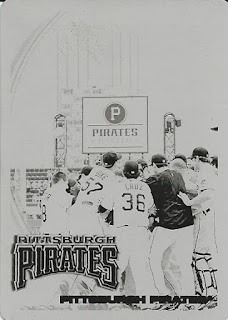 Considering that the card is from 2010 Series 2 I knew the image had to have been from early in the 2010 season or something from the 2009 season.  Both seasons featured very few walk off victories to warrant such a celebration.

With some help thanks to Getty Images I was able to pinpoint the game to Brandon Moss' walkoff homer in 2009. 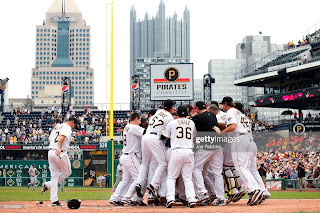 If you look just to the left of Zach Duke you can see a certain Rookie Cup Winner enjoying his team's victory. 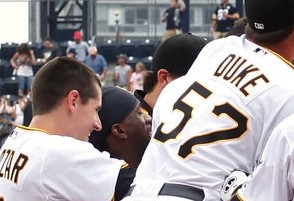 I am pretty excited about realizing I had a Cutch cameo card I didn't even know about.

Now I have to track down the other parallels of 2010 Topps Series 2 card number 608.


Posted by Collecting Cutch at 3:33 PM