I am on pace to have my 1,000th post on November 1st.  Because I have something big planned for hitting the millennium mark I am going to not post for a couple days so that I don't mess up the flow of SaveSecondBase event, it's recap, the World Series review, and any other blog worthy posts that may come up.

For the past few years I have averaged about 350 posts a year, missing only about one entry per month and keeping a fairly regular daily schedule of posts.

In preparation for my 1,000th post on this blog I have something big planned.  Details will be released after the Save Second Base Event I run each year.  Again, I promise this year's prizes for Save Second Base will be the biggest prizes I have given out over the course of my annual event.

If you haven't already entered my first contest, please visit the Post Here to enter multiple prizes that are available.

I will return to the blogging world early next week.

It's going to be a little dark and absent of new enrries for a few days.

Here are my three WalMart black cards of Cutch. 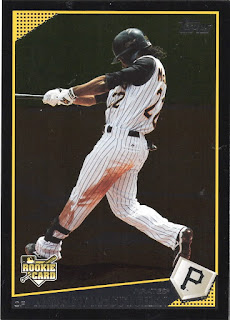 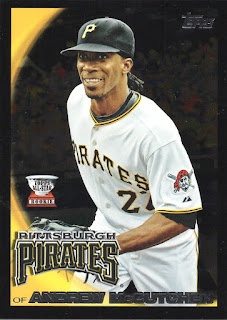 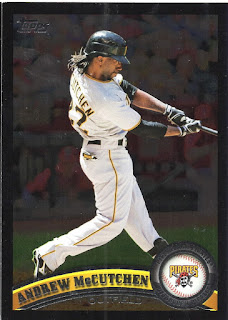 As we all know from Troutmania, WalMart changed their exclusive parallel to a blue border parallel in 2011 Update.
Posted by Collecting Cutch at 9:00 AM