Boppin With The Boys 1/1 style

I love adding multiple relics and/or multiple autographs featuring Cutch with other players.

Some players I wish that Cutch had either relics or autos with would include:
Barry Bonds (Pitt and San Francisco connection)
Aroldis Chapman (threw fastest recorded pitch to Cutch)
Russell Martin and Justin Morneau (combined to complete the final out to secure Pittsburgh's 1st Winning Season in 20 years.  A triple threads triple relic with 8-3-2 with a description of the play on back would have been awesome in 2013)

One player I always wanted a card of Cutch with was Dave "Cobra" Parker.  Both began their careers with Pittsburgh and won MVP awards while showing 5 tool talent skill sets. 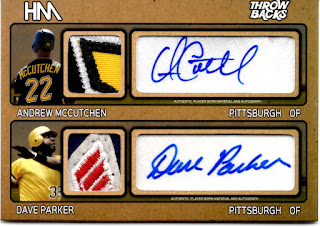 Thanks to Hits Memorabilia "Throwbacks" release I can finally cross that dream card off my list.  Not only is it a card I always wanted to be made, but it's also a new 1/1 card for the collection. 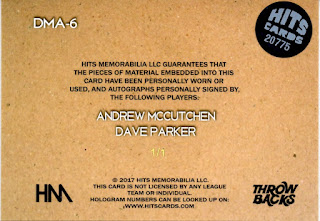 The card features a warm up jacket worn by Parker during his California Angels years in addition to a Spring Training jersey worn by Cutch. 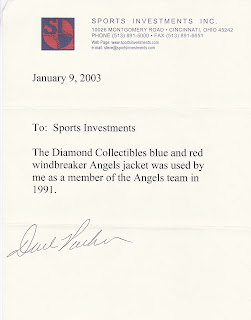 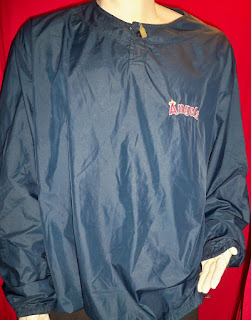 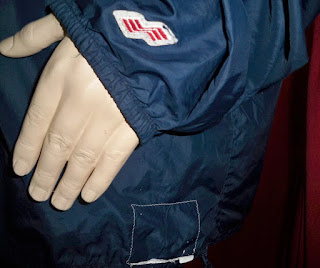 Now you may ask why I didn't show off a Valentine related card today.  Well...this Cobra (Commander) meme should answer that question. 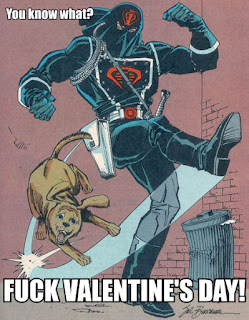 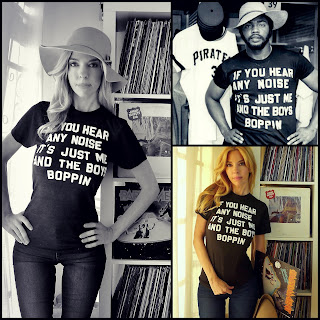 That said, the lady and I will be going out this weekend to enjoy each other's company.
Posted by Collecting Cutch at 8:21 AM