Before I began super collecting Cutch there were a bunch of low numbered parallels that I didn't attempt to win. 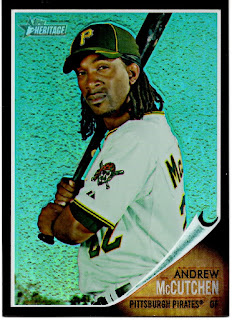 Only 62 copies exist because it is based on the 1962 design. 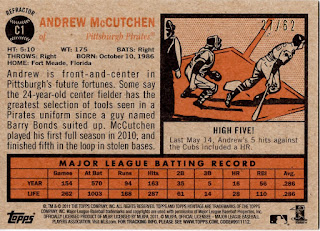 I came close to getting the 2009 too, but got sniped by a Giants fan.  You have no idea how much that stings.
Posted by Collecting Cutch at 8:05 AM