Is This Even a Baseball Card?

I remember getting 10-15 cards in a single pack of cards just enjoying looking for singles of my favorite players.

I lost focus on card collecting around 1996 until about 2009.  I still followed sports, but wasn't into collecting much anymore.

In 2010 I came back to the hobby and have been going strong ever since, but it wasn't until I was showing images of my Andrew McCutchen collection to a coworker that I got to thinking "Is this really a baseball card?"

Baseball cards (or any collectible cards) based on perception should be able to fit into a 9 pocket page and stuck in a binder.

Many of the hits these days can't do that.
Many of today's products wouldn't dare do something like that. 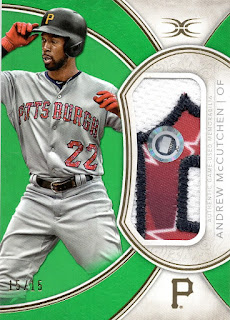 Each box contains only 8 cards.  I plan to eventually get a McCutchen pinstripe Phillies relic from the release, but prices are super high for a plain white swatch numbered to 50 copies.

The above green parallel is numbered to only 15 copies, features a great patch, features a Pirates jersey, and the color is bold.

When I show cards like that to non hobby people though, the consensus is "that's what a baseball card looks like now"?

Look at the thickness of this card compared to a standard flagship card. 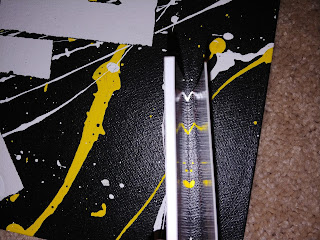 Now look at the design of the card 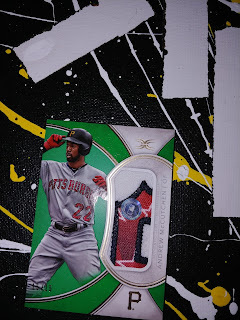 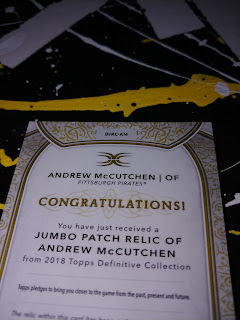 The landscape of trading cards has transformed drastically in the past 30 years.

Where do you think the hobby will be 30 years from today?

Posted by Collecting Cutch at 11:36 AM