Last week, I received a PWE from AJ @ The Lost Collector.  Coincidently I sent him a package the same day just to say "hey".

Reggie Miller is my favorite basketball player ever.  The way he faced off against super teams like the Bulls and Knicks almost single handily is a testament to the absolute scoring machine that he was. 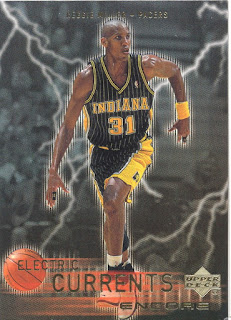 This 1999-2000 Upper Deck Encore Electric Currents insert is my favorite card of the half dozen Miller cards he sent. 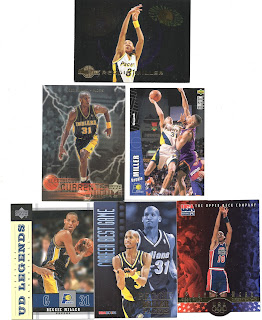 Paul George is another of my favorite basketball players.  Were it not for the Miami Heat super squad, I think the Pacers could have won a title this past decade. 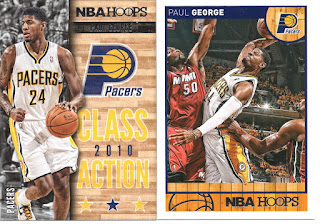 PG13 is a two way player.  He is one of the best defensive forwards in the game and makes some of the most electrifying dunks I've seen since the days of Vince Carter. 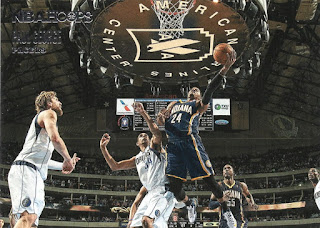 That is such a cool shot!!!

AJ also included this sticker of Cutch getting ready to make a sliding catch. 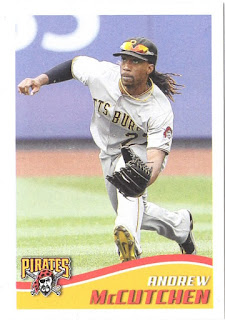 Thanks for the thoughtful PWE AJ.  You should have received the random act of kindness I sent you and I hope you enjoy it. 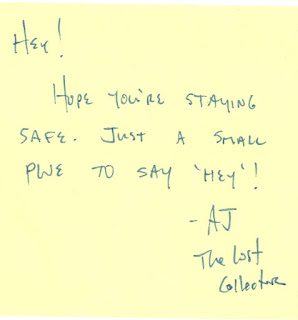 Posted by Collecting Cutch at 6:34 PM