The Sequence Of "High Drive, Left Field, It is Outta Here"

Last week I showed off an Andrew McCutchen cameo card on a 2019 Austin Barnes card.  I never would have expected that Cutch who played for the Phillies in 2019 would be pictured on a 2019 Dodgers card while he served as a member of the Giants.

Funny thing about that card which looks like a popup to the catcher. 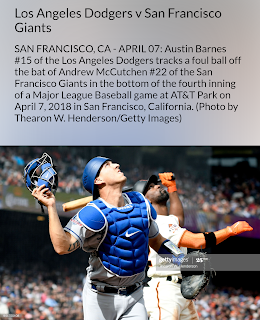 That sounds like a date I have talked about before on this blog.

Maybe because I have used that date as a This Day In Cutchstory for the past two years since his 6 hit night.

That's right! In case you don't remember, Cutch collected 6 hits in that April 7th 2018 game and it ended in a walk off homerun.

So how did Cutch do in the 4th inning that Austin Barnes card is based on?

Well on the 6th pitch of the at bat versus Rich Hill, Cutch laced a line drive single to center.  He fouled two pitches off including the pop up out of play that was caught in the action shot of the 2019 Topps Austin Barnes card.

While it is pretty neat to see Cutch in a cameo card from that night, the reason why the game is so memorable for me is that walk off homer.

I've shown off a ticket stub I purchased shortly after the homer happened.

Both were shown on a post on April 7, 2019 to celebrate the 1 year anniversary.

More recently I talked about that game when I showed off a 2019 Luminaries Home Run Kings On Card Autograph which spotlights Cutch with his 6 walkoff Homers. 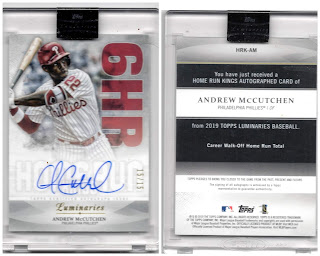 I am always looking for anything relating to this game.  I would love to add a program, scorecard, and any game used items to this impressive night of hitting.

It was a home game for the San Francisco Giants who were celebrating the team's 60th Anniversary. 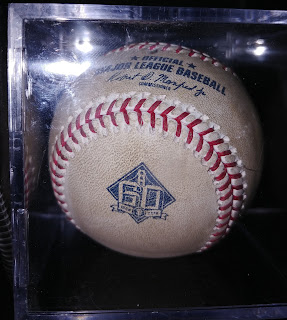 The balls used that season look like the example you see above.  As you may be aware, MLB Authentication Services will place a hologram on a baseball that can be looked up and verified on line. 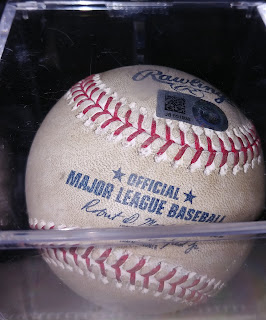 The stickers look like the example you see there.  Can you read the authentication sticker? 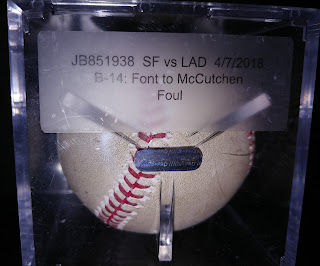 Let's plug that into the MLB Authentication site. 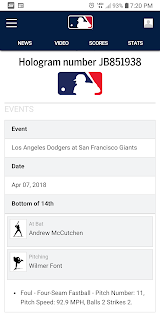 Pitch 11 of the at bat versus Wilmer Font in the bottom of the 14th.

What happened on pitch 12?

The very next pitch after the foul ball I now own was a walk off homerun that capped off his career best 6 hit night.

If you're a fan of baseball and want to get inside the mind of a really great hitter from the past decade you should check out the below video.
In this episode of The Sequence, Trevor Plouffe walks through the 12 pitch sequence of Andrew's extra inning walk off homer.  It's fun to see the ball that I now own be seen on camera.

Trevor and Andrew look at this sequence of pitches and Andrew gets pretty deep into analyzing what he was thinking as Wilmer Font and him battled that night. 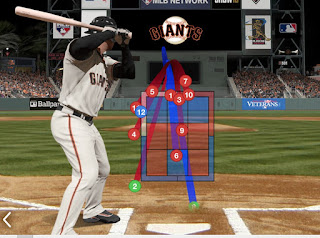 I would love to get this blown up to an 8x10 and make it a part of a shelf on my bookcase.  Talk about perseverance.


Do you have any game used memorabilia from a player you admire?

Posted by Collecting Cutch at 7:54 PM