Trouble with the Curve? 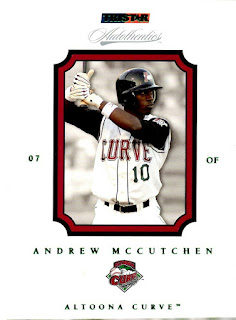 I wasn't able to see any of the playoffs games this year, but vividly remember the Curve winning the Championship in 2010.  I was in Trenton when they won the Championship lead by efforts of Justin Wilson, Rudy Owens, Josh Harrison, Chase d'Arnaud, and Andrew Lambo. 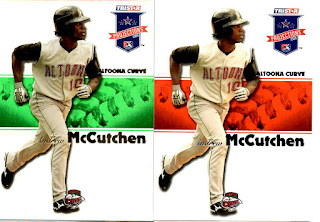 The young group of men playing for the Curve look like future big leaguers and should make the Pirates position depth very good beginning as early as next year and beyond. 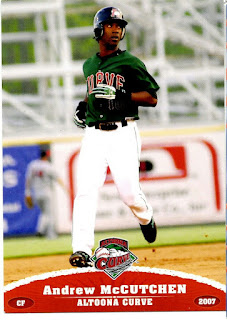 Of all the players on the team I am pulling for the most is former 1st Round Pick, Cole Tucker.  If anyone has some Tucker cards they wouldn't mind giving up, I will happily take them off your hands. 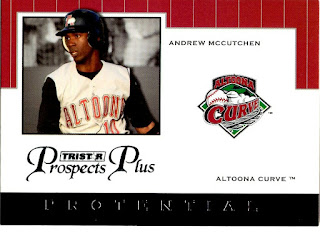 I love to chase down early Cutch minor league cards.  I have quite a few and would like to add some more. 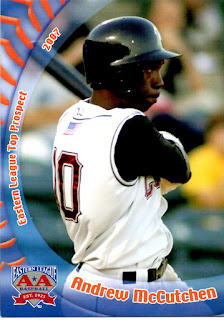 Above are all my Andrew McCutchen cards in an Altoona Curve outfit.

Here are a few of the Curve Stadium Give away figures and bobbleheads I have gotten over the years.

Out of this World Bobblehead 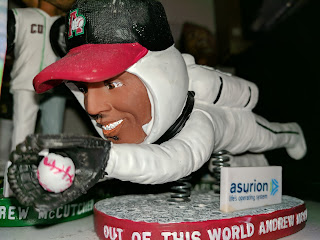 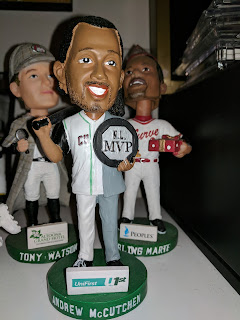 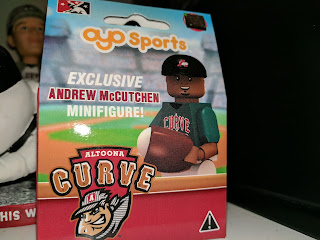 There is one more Cutch Curve bobblehead that I need in a standard batting pose.

Here's a few others I have though 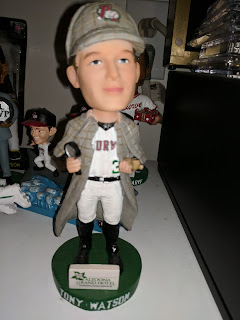 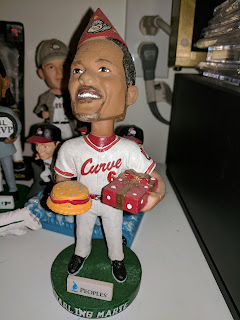 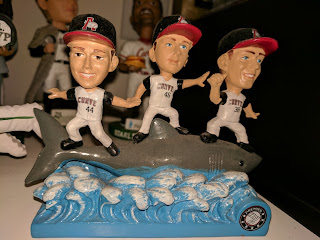 The Curve's marketing department has really upped their game in terms of SGAs over the past few seasons.  Other notable figures include a Gerrit Cole Garden Gnome (on my desk at work)
Along with these that I don't own
Jordy Mercer "Lloyd Christmas"
Jameson get your "Suit and Taillon"
Josh "Need more cow-" Bell
Gregory "El Coffee Barista" Polanco
Posted by Collecting Cutch at 8:49 PM